Fuel prices: what aid, for whom and until when?

For some, they are too low. 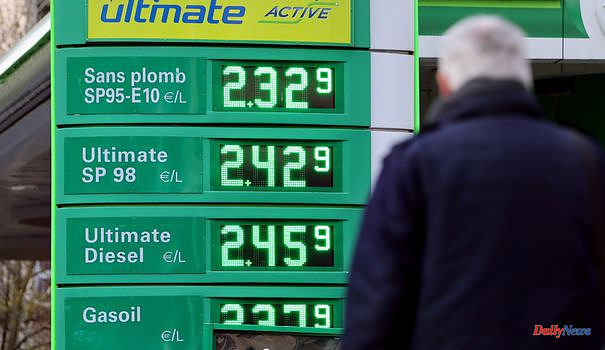 For some, they are too low. For others, they benefit the rich too much and harm the planet too much, or simply risk driving the state into bankruptcy as public spending increases. To cushion the rise in fuel prices, many aids have been created by the government. So much so that it is sometimes difficult to see clearly. Extended fuel discount, exceptional reductions, early repayments... L'Express takes stock.

30, then 10, then nothing? The amending finance law, adopted on July 27, provides for an increase in the fuel discount to 30 euro cents per liter in September and October - the level of this aid was previously set at 18 cents. But this increase remains very short-lived. In November, the discount will fall to 10 centimes per litre, until the end of the year. If you don't see it, that's normal, the aid is directly deducted from the price displayed at the service station.

TotalEnergies has also announced that it will deduct 20 cents from its prices at the pump. "You would have in certain service stations in France a fuel at 1.50 € per litre", rejoiced Bruno Le Maire, at the announcement of the compromise reached with Les Républicains during discussions in the Assembly to maintain the discount. fuel.

From July 14 to September 15, 2022, motorists paying tolls with holiday vouchers will be credited with 10% of the amount paid, according to variable and relatively low ceilings, detailed on the service-public.fr platform. "Faced with the increase in fuel and the 2% increase in toll prices in February 2022, the government has asked motorway companies to put in place concrete actions at the time of summer departures", indicated the services. of Matignon in a press release, published on July 15.

From 200 to 400 euros. The ceiling of the tax-free aid that companies can pay to employees to cover their fuel costs was doubled during the vote on the 2022 amending finance law. If this maximum were paid, it would represent "the equivalent of a discount nearly 50 cents at the pump for an employee who travels 12,000 kilometers a year," said Elisabeth Borne in an interview with the Ebra group. The ceiling of this premium also increases to 600 euros in the Overseas Territories.

"Defending the French model". The financial aid granted in March to fishermen in the face of soaring energy prices will be extended until September 30, the Secretary of State for the Sea, Hervé Berville, announced on Friday. This discount of 35 cents per liter of fuel was due to expire on July 31. The Commission has agreed to increase its ceiling to 105,000 euros against 65,000 previously, the Secretary of State also said. Estimated cost of the extension? 18 million euros. A way of "defending the French fishing model", according to Hervé Berville

In addition to the rebate at the pump, farmers can benefit from the early repayment of the 2021 TICPE, the Internal Consumption Tax on Energy Products, which applies at the cash register when refueling agricultural machinery. They can also request a deposit of 25% on the TICPE for this year. Other aid exists on the cost of food for the animals, or on that of gas and electricity. They are detailed in the executive's resilience plan, which also concerns other sectors highly dependent on energy prices.

During the discussions around the bill on purchasing power, Bruno Le Maire had proposed to LR deputies the "deferral" of the transport fuel allowance (ICT), targeted at large wheelers and the working classes, but criticized by the right which calls for a "generalized" measure. Last Monday, the Minister Delegate for Relations with Parliament, Franck Riester, announced that the device for large wheelers was going to be removed "by the end of the year".

A helping hand for the most isolated pump attendants. Franck Riester announced on July 25 on BFMTV that the government was working on specific aid for service stations in rural areas, which sometimes pay more for their fuel due to their geographical position. Here, no amount or precise deadline, because the project is being developed with local elected officials. The minister delegate in charge of relations with Parliament promises, however, that it will be available "by the end of the year". This aid could indirectly benefit consumers, by encouraging gas station attendants to "lower their prices". 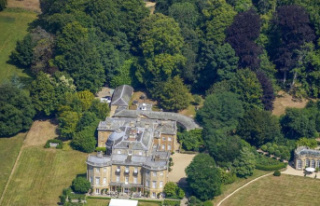