Gaza: what is the Islamic Jihad, whose leaders have been "neutralized" by Israel?

Since Friday, August 5, several strikes have been fired by the Israeli army on the Gaza Strip, while rocket fire, finally neutralized, has repeatedly triggered the sirens in the neighboring Israeli territories. 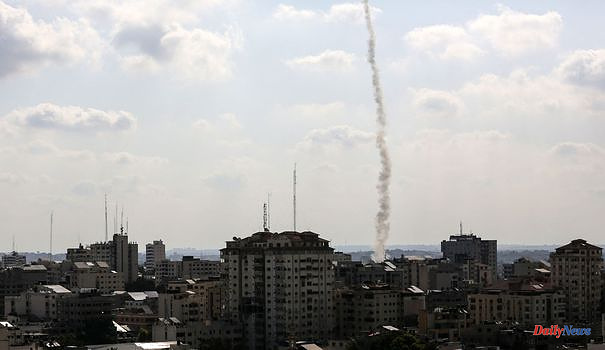 Since Friday, August 5, several strikes have been fired by the Israeli army on the Gaza Strip, while rocket fire, finally neutralized, has repeatedly triggered the sirens in the neighboring Israeli territories. A preventive operation that does not target the entire enclave of 2.3 million people under blockade, according to the Jewish state: "Israel is carrying out a counter-terrorism operation in the face of an immediate threat. Islamic Jihad is a mercenary state of Iran, which wants to destroy our state and kill innocent Israelis. We will do whatever it takes to defend our people."

The Israeli army announced on Saturday that it was preparing for "a week" of raids on Gaza, targeting the Islamic Jihad, which it said had killed 15 fighters and "neutralized" the group's "military" leaders in Gaza. Among them: a commander-in-chief, Tayssir Al-Jabari, killed Friday in Gaza City, and Khaled Mansour, whose Islamic Jihad confirmed the death which occurred Saturday during a strike on Rafah (south).

Founded in 1981, Islamic Jihad is a Palestinian organization engaged in the armed struggle against Israel. Created by students from the Islamic University of Gaza, it is considered close to the Islamist movement Hamas, in power in the Palestinian enclave since 2007. The two groups, supported by Iran, Israel's number one enemy, are linked to the movement of the Muslim Brotherhood, a brotherhood established in Egypt. Islamic Jihad operates primarily in Gaza, but the group is also present in the West Bank.

Considered a terrorist organization by Israel, the United States and the European Union, Islamic Jihad claimed responsibility for several suicide attacks targeting Israelis, especially during the second Intifada (Palestinian uprising, 2000-2005). In 1989, the armed group carried out an attack on a bus linking Tel Aviv to Jerusalem, killing 16 people.

Many leaders of this radical organization are currently based in Damascus, Syria, but also in Iran. "Islamic Jihad leader Ziad al-Nakhala is in Tehran as we speak," Israeli Prime Minister Yair Lapid said Friday, as his country bombarded Gaza in a "preemptive strike" against the armed group. .

General Hossein Salami, head of the Revolutionary Guards, the ideological army of the Islamic Republic of Iran, told the head of Islamic Jihad on Saturday that the Palestinians were "not alone" in their fight against Israel.

This new confrontation, which began Friday between the Jewish state and armed organizations in Gaza, is the worst since the May 2021 war. In eleven days, 260 people have been killed on the Palestinian side, including fighters; and 14 in Israel, including one soldier. This time it was the arrest of an Islamic Jihad leader in the West Bank earlier this week that sparked renewed tensions. Fearing reprisals, the Israeli authorities said they were launching an operation in Gaza.

On Saturday evening, Oded Basiok, the head of the Hebrew State army's operations directorate, sent a statement to AFP in which he said that "the senior leadership of the Islamic Jihad's military wing in Gaza has been neutralized." "The battle is only at its beginning," said Mohammed Al-Hindi, a leader of this armed group which fires rockets towards Israeli soil, earlier. After the initial raids, Islamic Jihad accused Israel of having "started a war".

In retaliation, about 400 projectiles - rockets and mortar shells - have been launched in the past 24 hours from Gaza, according to an Israeli official. Most were intercepted by the missile shield, the army said. Two people were lightly injured by shrapnel, rescue workers said. On the Palestinian side, 31 people - including six children - have died in the Gaza Strip since the start of the violence, the enclave's health ministry announced on Sunday.

1 Rhineland-Palatinate: the police are investigating... 2 Arrival of Blinken in Africa to thwart Russian influence 3 North Rhine-Westphalia: child releases the handbrake... 4 National team: basketball players start without Weiler-Babb... 5 Olympic champion: Zverev back on the tennis court... 6 Dolly Dollar: What does Christine Zierl actually do? 7 Festival: "The Flying Dutchman" celebrated... 8 Gazprom's Capital Mistake - 'China will... 9 What Hans Fallada's "Little Man - What Now?"... 10 Slow war in Ukraine: Russia is said to have dismissed... 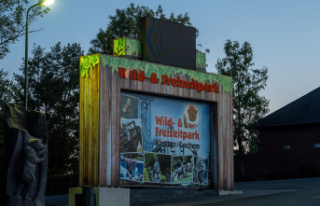 Rhineland-Palatinate: the police are investigating...