German tanks for Ukraine? "The fact is that Putin doesn't bother anything" 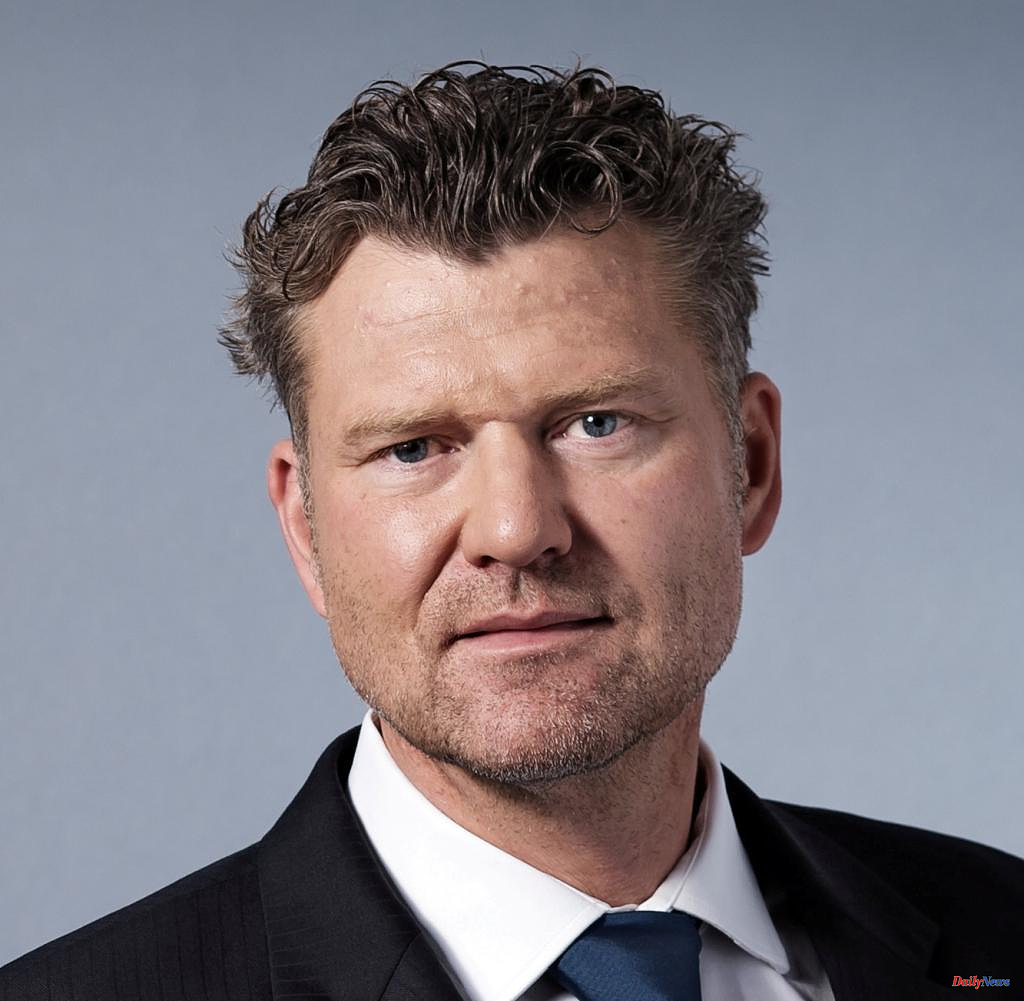 WORLD: Ms. Strack-Zimmermann, the federal government informed the Defense Committee on Wednesday about the status of arms deliveries to Ukraine. Does the scope of these deliveries meanwhile correspond to the decision of the Bundestag at the end of April, which calls for comprehensive support for Kiev, including with heavy weapons systems?

Marie-Agnes Strack-Zimmermann: In accordance with Parliament's mandate, the federal government has allayed initial reservations. Self-propelled howitzers, multiple rocket launchers and the first Gepard anti-aircraft tanks were delivered. Ukrainian soldiers have been and continue to be trained on the systems.

WORLD: The federal government supports Denmark in the delivery and modernization of armored personnel carriers of the old US type M113. On the other hand, the company does not want to deliver the similarly aged Fuchs armored transport vehicle from its own stock. Where's the logic in that?

Strack-Zimmermann: A lot of things aren't logical. It's the old political reflex of some in the German government, who definitely don't want German tanks on Ukrainian soil. There are fears that such a device could upset Putin. The fact is, however, that Putin is not bothered at all, he only understands the lethally underpinned announcement that we are firmly on the side of Ukraine. So we are continuing this discussion with the government.

WORLD: The Bundeswehr has more than 800 foxes in stock. Now the inspector general claims to need all these vehicles himself. Is that a military or a political assessment?

Strack-Zimmermann: The fox is needed in many ways in the Bundeswehr, not only as a transport tank, but also as a platform for other tasks. Nevertheless, after many discussions with experts, I maintain that a certain number of vehicles could of course be dispensed with. The General or the Army Inspector now only represents the interests of the Bundeswehr. They prefer the sparrow in the hand to the dove on the roof.

However, I think that the industry could quickly compensate for old equipment that has been given away, also with more modern systems. It is also in Germany's fundamental interest that Ukraine not lose this war and that Putin's brutal attack should under no circumstances succeed. I also expect this far-sightedness in the Ministry of Defence.

WORLD: In addition to the Union, numerous MPs from the FDP and Greens are also demanding a levy on foxes. Who will prevail?

Strack-Zimmermann: Look, in February and March immediately after Russia's attack on Ukraine, there were still debates about defensive and offensive weapons. Today we deliver systems that seemed unimaginable five months ago. This has simply to do with the dynamic, constantly changing situation of the war, but also decisively with the pressure from the traffic light groups in the Bundestag. In this respect, I am confident, even though we are running out of time.

WORLD: You recently asked Chancellor Olaf Scholz (SPD) to convene a “National Ukraine Conference” in which the Bundeswehr, industry and politics should clarify what they are capable of doing. Did you get an answer in the meantime?

Strack-Zimmermann: The receipt of my letter to Mr. Scholz was not even acknowledged. The deputy government spokeswoman said succinctly at the federal press conference that open letters are intended for public effect and are therefore not answered.

I only made the letter public after three days, a well-organized chancellery could have read it earlier. I do not find this admission appropriate given the drama of the situation.

WORLD: No answer - is that an appropriate approach in a coalition?

Strack-Zimmermann: My mother would have said: That's not right. But I'm not sensitive, it's about the thing for me. There are many parties when it comes to arms deliveries: Ukraine, industry, the government, NATO partners, the German armed forces, parliament. Everyone has their point of view and interests. Bringing these actors together, sorting and comparing the facts and interests, I think that makes a lot of sense.

At the moment we're playing Silent Gun Mail. Something is said at the beginning - and in the end something else comes out that is not always the best solution.

WORLD: The Chancellor has stated that he always wants to act in the convoy of the most important allies, the USA and France. How do you explain Scholz's reluctance to assume leadership responsibility in Ukraine?

Strack-Zimmermann: The chancellor keeps repeating that the first step must come from the Americans or the French. If Washington sends an Abrams battle tank or France a Leclerc, Germany sends a Leopard. I think that's wrong. The Americans have their strategic focus in the Indo-Pacific, they want a partner who leads the way in Europe. But the Chancellery is reluctant to accept this role.

WORLD: Does Scholz perhaps also consider those parts of the SPD that have not yet finally clarified their position on an imperialist Russia?

Strack-Zimmerman: There are forces like that in the SPD. I recently had a discussion with Ralf Stegner in which he said: Germany should lead on a humanitarian and diplomatic basis - in no case militarily. SPD leader Lars Klingbeil has positioned himself differently.

I don't think the chancellor is all that concerned with the emotional life of his party. If he personally believed in this leadership role, he would certainly take it on. He also courageously proclaimed the turning point in time. He simply doesn't want it, has a jam at this point - to stay with the image.

WORLD: From Ukraine to Africa: The Bundestag only extended the Mali mandate of the Bundeswehr in mid-May - despite chronic failure and an uncooperative coup government in Bamako. This week, foreign soldiers were first denied access to the airport in Bamako, then temporarily denied overflight permits. Isn't it time to end the Mali adventure?

Strack-Zimmermann: We have already completed our part in the European training mission in Mali and relocated to Niger. As far as the Minusma mission under the umbrella of the United Nations is concerned, we still think it makes sense. But the military junta in Bamako should know that their behavior is playing with fire. The safety of our soldiers is non-negotiable. We are not occupiers, but guests in Mali - and expect to be treated as such.

The Malian government runs the risk of exaggerating its behavior and demonstrating independence. Our servicewomen and men on deployment are professionals and not easily ruffled. Due to the permanent harassment, however, there is now considerable unrest. I say: If these games don't stop, we have to go.

WORLD: What speaks against a deduction?

Strack-Zimmermann: It is a complex mandate in a fragile region, with many things to consider: What does a deduction mean for the population that we want to protect with the UN? What will happen to the Sahel zone? Does destabilization mean more terrorism, which then spills over into Europe again? Does that mean more refugee movements towards Europe? We must not ignore these questions when making a decision.

WORLD: After the withdrawal of the French, Minusma also lacks combat helicopters. Is there now a nation that has agreed to provide a replacement?

Strack-Zimmermann: This problem could be solved soon. But the central question remains: is the interim government prepared to continue to support this mandate?

WORLD: You also put the deployment of the Bundeswehr in Kosovo on the committee's agenda at short notice. Why?

Strack-Zimmermann: Because the conflict between Serbia and Kosovo recently flared up again. Our soldiers on site also keep an eye on it. The situation is sensitive, the war in Ukraine is also having an impact on this region. We cannot remain indifferent to what is happening in the Western Balkans, so our diplomacy is in full swing.

WORLD: In Bosnia-Herzegovina too, the Republika Srpska is pushing ahead with destabilization, so that the Bundeswehr is back in action there after a ten-year break. In the shadow of the war in Ukraine, is another armed conflict looming in the Western Balkans?

Strack-Zimmermann: We have to prevent that. As I said, the stability of the Western Balkans is also in our interest. In view of the Russian invasion of Ukraine, many things are getting out of balance. Conflicts that were not resolved, but at least frozen, are now erupting again. And Putin is involved everywhere, in the Balkans and also in West Africa, by the way. All this is no coincidence. We must be extremely vigilant. 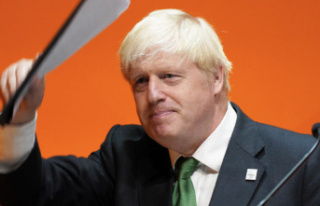