Rolf Eden has been one of Germany's best-known playboys for decades. 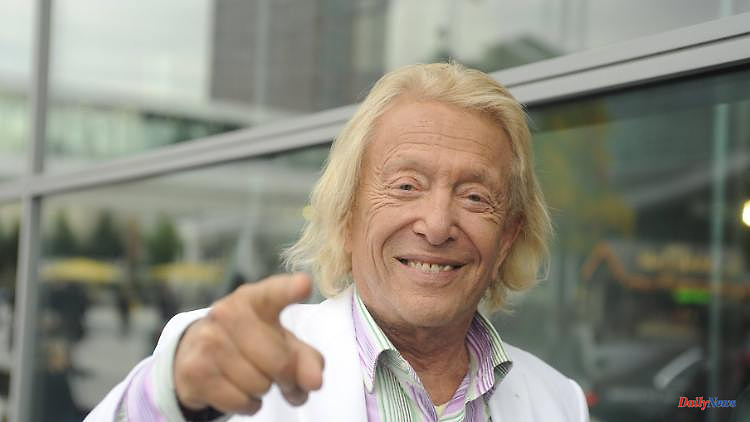 Rolf Eden has been one of Germany's best-known playboys for decades. In the 1970s he ran the most dazzling nightclubs in the capital - and throughout his life he adorned himself with more than 1000 love affairs. Eden has now died at the age of 92.

The former legend of Berlin nightlife Rolf Eden is dead. Eden died on Thursday at the age of 92, his family said. Born in Berlin, he became known with several discotheques such as the "Eden Playboy Club" or the "Big Eden". Eden was also active in the real estate business.

"It is with deep sadness that we announce that Rolf Eden died at the age of 92 on August 11, 2022 surrounded by his family. With Rolf Eden, Berlin is also losing an icon of its time and he loved and changed this city like no other." it says in the statement of the family, from which the "B.Z." quoted. "In gratitude for a long and fulfilling life, we must now say goodbye and would like to ask for respect and consideration for the family during the time of mourning."

Eden was never lacking in flaunted confidence. "There is a federal president in Germany and a playboy - and that's me, it's a title," he told the Süddeutsche Zeitung ten years ago. Eden no longer counted Gunther Sachs, who was still alive at the time, as a playboy - Sachs had married. "A playboy can't be married."

Eden was born as Rolf Sigmund Sostheim on February 6, 1930 in Berlin, he gave himself the name Eden at the age of 17. His parents were Jews, they left Germany in 1933, the year the Nazis seized power. All members of his family left early, which is why the family completely escaped the Holocaust.

A good ten years after the end of the Second World War, Eden returned to Berlin. Some of his family members, most of whom live in Israel, resented him, he saw no problem himself. He has only had good experiences in Germany - "especially in my clubs".

The clubs were what made the Eden brand. The "Eden Playboy Club" or the "Big Eden" became temples for the Berliners who craved entertainment and ease during the economic boom. Eden is considered to be the inventor of discotheques in West Germany, also ran nightclubs and turned West Berlin's Kurfürstendamm into a boulevard of pleasure.

Right in the middle was Eden himself: always surrounded by beautiful dancers and young women who frequented his clubs. In the 1950s, the ladies gave him the title Playboy, and word of that got around to the press, says Eden.

And so the PR genius turned his passion into a business model: the more women's stories there were, the better to stay in touch. He also acted in about 30 films and remained a familiar face.

Years ago, Eden put the number of his lovers at more than 1000. Almost none were older than 30 years. He seemed almost proud when he named his monthly maintenance payments - 30,000 euros for seven children by seven women.

Money also played an important role for Eden and his companions in old age: sometimes an apartment here, sometimes jewelry or money there, the playboy was always generous - but only after a successful hunt, as he once said.

Eden came to his fortune as a resourceful businessman. He sold his clubs for a lot of money years ago, and Eden also invested a lot in real estate.

He speaks as openly about his business as about giving compliments as his most important talent for seduction. "It's an age-old trick: you make people happy and you can achieve a lot more with them," Eden told the Berlin daily newspaper. "Even if a woman isn't that pretty, you keep telling her she's so good-looking it makes you swoon."

So don't take the truth too seriously in order to reach your goal - that was Eden's creed. Accordingly, he called the "world" his wishful thinking for his gravestone: "Here lies the greatest rogue of all time buried: Rolf Eden." 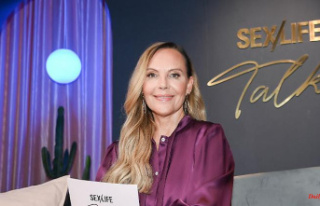