When it electrifies, it does it properly, said the AMG engineers and created the EQE 53 4Matic. 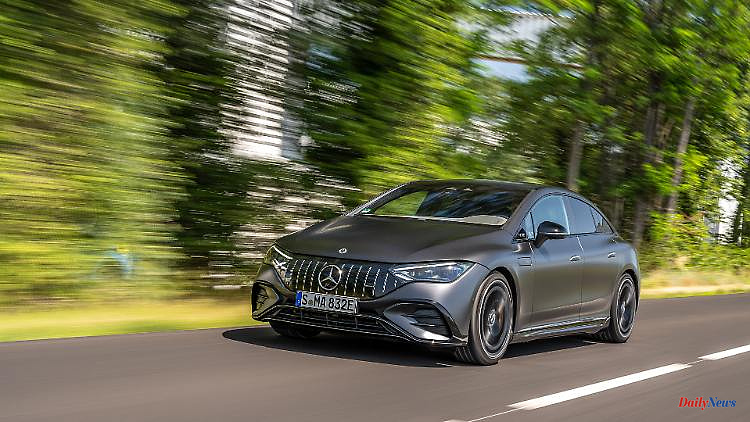 When it electrifies, it does it properly, said the AMG engineers and created the EQE 53 4Matic. With 687 hp and a maximum torque of 1000 Newton meters, it is one of the most powerful Stromers with the star on the grill that are currently available. But how does that feel in real traffic?

Since the EQS models with the Affalterbacher label, it's no longer a secret that AMG is also tipping the switch in the direction of rapids. Now the sports forge from Mercedes has also lent a hand with the electrician a class below and is presenting the Mercedes-AMG EQE 43 4Matic and the EQE 53 4Matic. And in order to show what a brainchild such a purely electric sports sedan is, the vehicle refiners have of course provided the Plus version for a trip to get to know it for the first time.

Why? Well, because the EQE 53, according to its own statements, "focuses on even more sportiness and higher driving dynamics". The basis for this is formed by two electric motors on the front and rear axles, which work together to ensure fully variable all-wheel drive. This is not entirely unimportant, because the AMG Dynamic Plus package offers a total of 687 hp and a maximum torque of 1000 Newton meters. Even without the optional addition, there are still 626 hp and 950 Newton meters that are transmitted to the drive wheels without any interruption in traction due to the unnecessary shift stages.

So if you really press the e-pedal against the floor panel in Race Start and with the boost function, you should tense all your muscles and possibly warn fellow passengers. The acceleration is gigantic, which means that the head follows the law of inertia and with a noticeable impact tests the headrest of the new integral seat. But even before the impact was really registered, the five-meter ship with its 2.5 tons sprinted to 100 km/h in 3.3 seconds. If you are still dazed or deliberately keep your foot on the pin, you will make it up to 240 km/h in a few seconds, then the electronics will regulate it.

However, this rocket launch does not succeed in every case. The basic requirement is that the energy content of the 90.6 kWh battery is at least 70 percent. If this is not the case, then the intelligent battery management will prevent such excessive speeds in favor of the range. Speaking of range: Mercedes states that the EQE 53 is 459 to 526 kilometers according to WLTP. An almost credible value, because during the test drive the on-board computer still calculated a maximum range of 220 kilometers with a battery level of 57 percent. The average consumption was 24.4 kWh. According to the data sheet, it should be between 22.6 and 20.2 kWh over 100 kilometers.

The recuperation output of a maximum of 260 kW is helpful when extending the range in a mountainous region such as Elsas or in the city. When rolling and braking, a lot of energy flows back into the accumulator. The driver himself has the option of setting the strength in three stages using the shift paddles on the steering wheel. Whereby experience has taught that the intelligent recuperation stored by the engineers is the most pleasant way of driving. At the strong level, the brakes are uncomfortably hard and at the light level you have the feeling that the car is just rolling in front of you.

But no matter how the energy is returned, at some point the battery will be empty and you have to find a charging station. If desired, the navigation system integrated in the MBUX multimedia system can provide support, and those who use a DC fast charger can charge the battery with 170 kW of electricity. Measured in terms of time, this means that enough energy is available for a further 180 kilometers within 15 minutes. The battery can of course also be filled with 11 kW or 22 kW alternating current via the onboard charger, but this takes longer accordingly.

After the battery is full, we should take another look at the high-performance side of the AMG EQE 53. It consists not only of the drive, but also a chassis with air suspension and adaptive adjustable damping, the basis of which is a four-link axle at the front and a multi-link axle at the rear. The whole thing is of course tailored to sporty driving and the occupants, who do not have to complain about a lack of space at any point, should be prepared for a harder pace on bumpy roads.

But what could be contrary to travel comfort is the luck of the curve robber. How it goes around the corner is of course determined by the corresponding driving programs Slippery, Comfort, Sport or Sport Plus. Here, the parameters of the performance and drive characteristics, the chassis and the steering torque characteristic are changed accordingly. In addition, the standard rear-axle steering ensures safe cornering.

But beware, with all the technical finesse and high-performance AMG additions, at some point the EQE 53 4Matic can no longer hide its weight. This is the moment when physics strikes mercilessly. This is also the moment when the driver is happy that he has heeded the advice to only completely deactivate the ESP on closed roads. And the high-performance brake system also becomes the driver's best friend at such moments. He has to find out for himself whether he can say the same about the sound experience known as AMG Sound Experience.

In Affalterbach, it is assumed that the purely electronically generated sound, depending on the driving program and mode, not only emotionalizes, but also replaces what no longer exists without the feedback of engine speeds, gear ratios, turbo lags, engine sound and the spluttering from the exhaust system. That may even be true in part, but the electric drive will probably never be as eloquent as a combustion engine, no matter how sporty it is. He is somehow too speechless for that.

Anyone who sees the price of a Mercedes-AMG EQE 53 4Matic could also be speechless. It starts at 109,777 euros. Now you can briefly consider whether the EQE 43 4Matic from 103,827 euros would be an option. But somehow the feeling creeps in that the 6000 euros won't make the cabbage fat anymore when it comes to the prices. 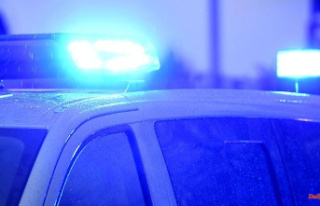 Experts analyze measures: This verdict is an investigation...