Glasgow Caledonian University renamed a building in its campus after Annie Lennox, activist and singer. 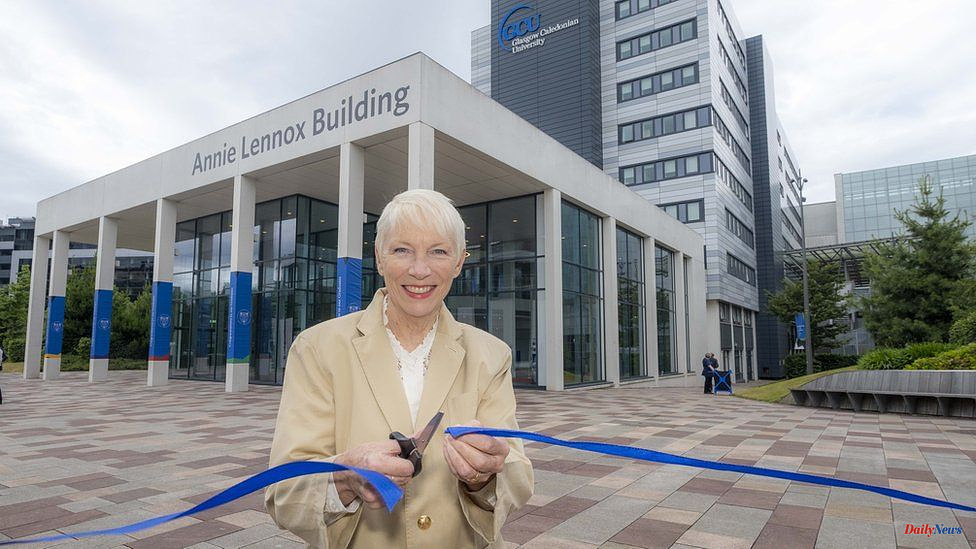 Glasgow Caledonian University renamed a building in its campus after Annie Lennox, activist and singer.

Former Eurythmics star and university's first female chancellor, she said it was an "incredible honor".

Professor Pamela Gillies, principal of GCU, stated that renaming the building was to recognize all she had done for the university as well as its students.

Ms. Lennox will be attending three graduation ceremonies in the next two-days.

The 67-year old singer-songwriter was born in Aberdeen and achieved pop success with the Tourists in the late 1970s.

Her and Dave Stewart, a fellow musician, went on to international stardom as Eurythmics in the 1980s with hits like "Sweet Dreams(Are Made of This)," and "There Must Be an Angel ("Playing with My Heart).

She is a strong supporter of climate action and gender equality, and participated in an online discussion during COP26.

As the Glasgow Caledonian's chancellor, her role involves both formal and ceremonial duties such as conferring degrees to students and supporting its social justice goals.

Ms Lennox stated that it was an honor to be honoured with such a beautiful building on the Glasgow Caledonian University Campus named after me.

"I look forward to attending the GCU graduation ceremonies in person after two years of connecting via Zoom.

"I am so proud of all graduates who have overcome all challenges to achieve their goals and achieved their achievements.

Prof Gillies stated that "Glasgow Caledonian University has been extremely lucky to have Dr Lennox serve as its Chancellor."

"Her passion, wisdom and guidance, as well as her support for our community during the recent pandemic challenges, were transformative."

1 Wimbledon 2022: Cameron Norrie's Welsh heritage 2 Simon Hart: 'Bwrw ymlaen' er i fwy ymddiswyddo 3 Once upon a time there was a big city: Sievjerodonetsk... 4 Wagenknecht is also involved: Criticism of sanctions... 5 Because of investigations into war: Medvedev reminds... 6 “Human instead of suspicious”: Traffic light brings... 7 One year after the Ahr Valley disaster: insurers pay... 8 Best footballer in the world is missing: "Drama... 9 A tractor hit: Police shoot at farmers' protest... 10 Trial against Abou-Chaker: Bushido only testifies... 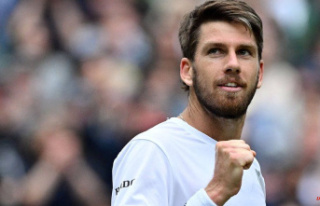