The governing coalition wants to restructure the Hartz IV system. 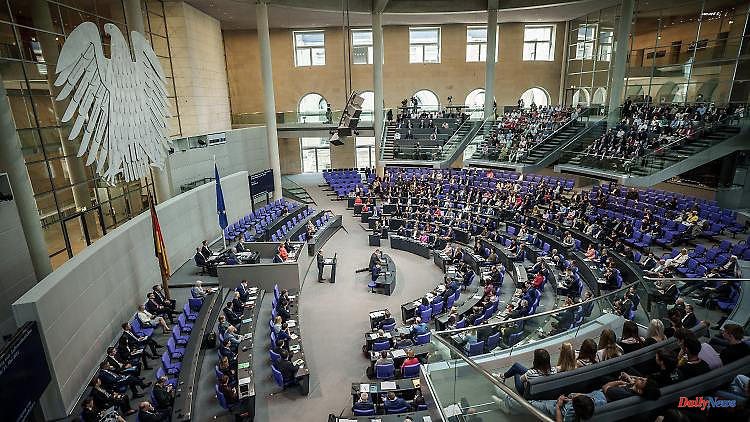 The governing coalition wants to restructure the Hartz IV system. A first concept for citizen income should be in place by the summer. Details are unclear so far. As an anticipation, the traffic light is temporarily removing some sanction options. The CDU criticizes this sharply.

Job seekers will have far fewer Hartz IV sanctions to fear by the middle of next year. After fierce criticism from the opposition, the coalition factions SPD, Greens and FDP in the Bundestag decided to partially suspend these sanctions. The left abstained. The Union and the AfD MPs voted against it. The social politicians of the traffic light coalition defended the plans, among other things, as anticipating the planned major citizen income reform.

According to the current status, deductions should probably be possible again from July 2023. But it is still unclear how the citizens' allowance, which is intended to replace the current Hartz IV system, will be designed at this controversial point. Initially, it had been planned to temporarily suspend the sanctions until the end of 2022.

CDU social expert Kai Whittaker accused the SPD of not being concerned with the unemployed but with getting rid of their "trauma" caused by the Hartz reform. "By doing so, you are burying the principle of promoting and demanding once and for all." SPD politician Annika Klose argued that there were only a few sanctions - but many threats of sanctions, which today often put those affected under pressure. Ex-Verdi boss Frank Bsirkse, who sits in the Bundestag for the Greens, announced: "We want to overcome Hartz with citizen money." The traffic light will develop a corresponding concept in the summer. The day before, Labor Minister Hubertus Heil had already announced that he wanted to present a bill for the planned citizens' allowance in the summer.

The FDP politician Jens Teutrine admitted that the sanctions moratorium was not a heart project for the FDP. However, 75 percent of the cases involve failure to report, which would continue to be sanctioned during the moratorium. Up to 30 percent of the deductions would be possible in the citizen money. The principle of promoting and challenging continues to exist.

The German Association of Cities criticized the suspension of sanction options as "wrong". The moratorium confuses those affected and comes at the wrong time, said CEO Helmut Dedy. "If sanctions are now suspended until the summer of 2023 and reintroduced with the introduction of the planned citizens' income, that will cause anger and uncertainty."

1 Fight against land speculation: Ampel wants to end... 2 "Even more dependent than with natural gas":... 3 Haas plans updates later: Mick Schumacher receives... 4 No relaunch of coalition: Jamaica talks in North collapsed 5 Evacuation at the Ice Hockey World Championships:... 6 What does he look like?: The Take That star is hardly... 7 Hit with "Conquest of Paradise": film composer... 8 Activists face the death penalty: Lukashenko bans... 9 40 billion dollars for aid: USA decide on new Ukraine... 10 Ross, John and May: Mega concert for Queen is taking... 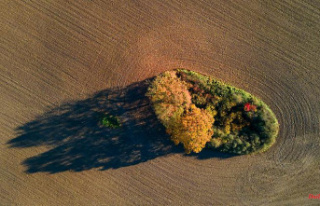