Under the omnipresent "Diversity" banner, Heidi Klum sends her last five candidates into the race for the "GNTM" crown. 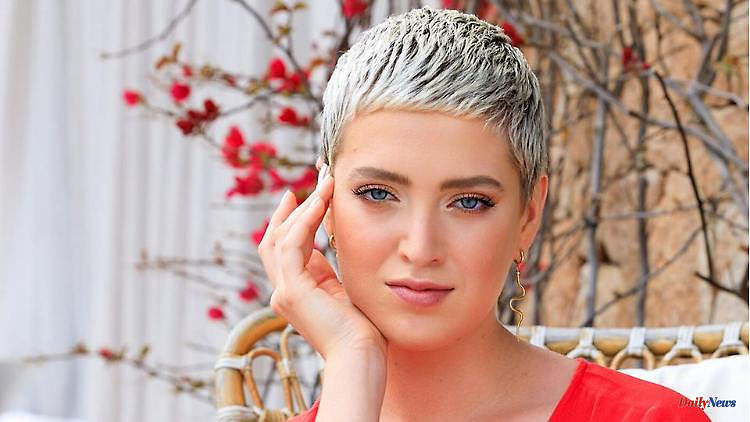 Under the omnipresent "Diversity" banner, Heidi Klum sends her last five candidates into the race for the "GNTM" crown. But who has the longest breath? In the end, a short-haired Austrian cheered the loudest.

The self-confident fighter Noëlla, the rather tame-looking Luca, the always doubting Anita and the mother-daughter team Martina and Lou-Anne, who are just bursting with coolness and energy: which of these catwalk ladies reaching for the stars gets the coveted "Germanys Next top model 2022" crown?

For the up-and-coming stars, the efforts that come to an end on this evening with a loud roar in the MMC studios in Cologne are worth it. In addition to a lucrative cooperation with the company "Mac Cosmetics", the winner can also look forward to the cover of the German "Harper's Bazaar" and prize money of 100,000 euros.

With a loud roar, hot fire fountains and a Snoop Dogg hopping on the video screen, the big season finale of the 17th "GNTM" party picks up speed right from the start. While hostess Heid Klum is cuddling and snogging with husband Tom at the piano, hundreds of fans and a handful of former winners are enjoying themselves in the background like little children in the Ikea ball pool.

To celebrate, Heidi and her first star guest, designer Jeremy Scott, are handed a pan of spaghetti à la Klum (with egg and ketchup). Why? How so? For what reason? Who cares! A minute later they are already doing their first meters, the ladies Martina, Lou-Anne, Luca, Noëlla and Anita. Disguised as a lampshade, couch set and cuckoo clock, the models stagger down the catwalk as if it were the most normal thing in the world. Heidi and her guest, who is sliding back and forth on the sofa in a colorful Rubik's Cube outfit, are blown away: "You look so georgious!" Jeremy Scott cheers.

Backstage chatterer Sophie, who, as a moderation intern, slides from one statement embarrassment to the next, claps her hands enthusiastically at the sight of the five candidates. Everyone is still happy and happy. But that will change soon. After the first walk, the dream of a model crown for a candidate is over. "Anita, I'm sorry, but unfortunately it wasn't enough," whispers Heidi.

It's not just at home on the couch that some season companions rub their eyes in amazement. Very few expected the trained hotel manager from the country to leave early. But the short shock is quickly digested. "The show must go on!" Sophie scratches into the microphone. It's probably the only moment that evening when you don't want to contradict the jittery Heidi emulator.

A second walk in oversized ruffled costumes from Hoermanseder announces the next decision. This time the head of permanent fighter Noëlla lowers. Now only Nicole Kidman double Luca and the two short-haired eye-catchers Lou-Anne and Martina are in the running. A cuddly wonderland with an integrated trampoline is set up in no time at all. In the presence of man-sized pink teddy bears, the three remaining finalists jump acrobatically in competition, while photographer Ellen von Unwerth eagerly snaps photos.

A commercial block later, model mom Martina also has to say goodbye. Now it's really about the sausage. Luca or Lou Ann? Lou Ann or Luca? A daring walk upside down and a walk on the catwalk in glamorous princess wardrobe finally mark the end of the show. Then Heidi takes her two models by the hand. The seconds until the announcement drag on like chewed gum. Then Heidi finally pulls herself together.

"Germany's next top model 2022 is Lou-Anne!" It echoes through the hall. Confetti rains from the sky. Mama Martina is one of the first to wish well. "Personality Award" winner Sophie would like to be in front of the camera again. But that's enough for today. Only the constantly grinning format boss is allowed to dance lasciviously in front of the lens again: "We'll all see each other again next year, I'm already looking forward to it!", Heidi squeaks. Anticipation is the greatest joy. 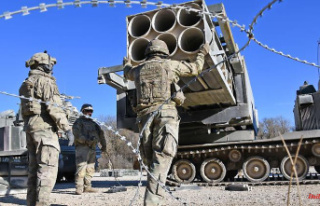 Aid package for Ukraine: Report: US may want to deliver...