Google announced that it will delete users' location data automatically when they visit an abortion clinic.

Google announced that it will delete users' location data automatically when they visit an abortion clinic. The announcement was made Friday, July 1. This decision comes just a week after the Supreme Court of the United States revoked the federal right of voluntary termination of pregnancy (IVG).

Jen Fitzpatrick (Vice President of the California group), stated in a statement that "if our systems identify that someone has visited a [sensitive] institution, we will delete those entries immediately after their visit."

Human rights groups and elected Democrats fear that the prosecutors in conservative states that ban abortion will use the personal information of women who had abortions, or those who helped them, against them.

For weeks, they have been urging major tech platforms to cease storing personal data. This includes online abortion research and travel information on apps like Google Maps. Google, Meta (Facebook and Instagram), and Apple remain silent so far.

Jen Fitzpatrick reminds users that location history is disabled automatically and that they can choose to keep or delete it. Concerning authorities' requests, Fitzpatrick also reminds us that Google is known to "pushing them back" when they become too large.

Google's Friday decision affects sensitive institutions such as shelters for domestic violence and clinics that specialize in weight loss.

Even before the Supreme Court decision, some laws allow ordinary citizens to sue women who have had abortions, or anyone who assisted them, like an Uber driver who took them to the clinic.

Google's technology could become "tools of extremists who want suppress people seeking reproductive healthcare care," 42 US legislators wrote to Sundar Pichai, Google CEO, in an open letter in May. .

They explained that Google kept information about the geographical location of hundreds and millions of smartphone users. This data was shared with government agencies frequently. 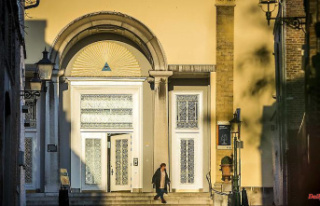