Grammy winner has ALS: Roberta Flack can no longer sing

In 1974 Roberta Flack won her second Grammy with "Killing Me Softly With His Song". 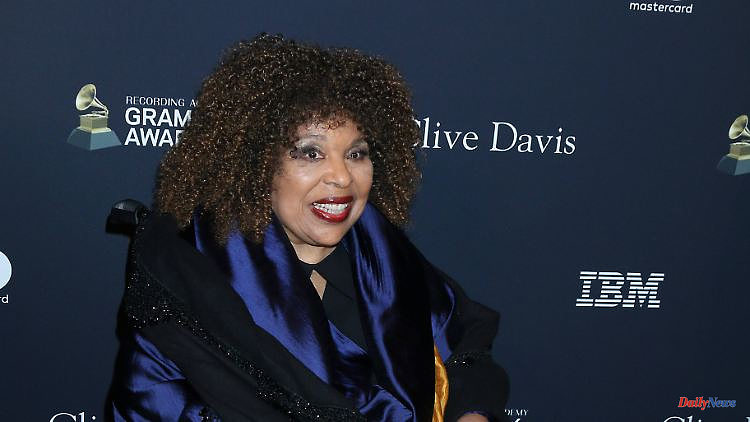 In 1974 Roberta Flack won her second Grammy with "Killing Me Softly With His Song". Today the singer is 85 years old and suffers from the nervous disease ALS. Although this makes it impossible for her to sing, her illness does not bring her to silence.

Roberta Flack suffers from the neurological disease ALS. The illness made it "impossible to sing and not easy to speak," said a spokesman for the singer, according to media reports.

Amyotrophic lateral sclerosis is a rapidly progressive disease of the central nervous system. The nerve cells that are responsible for moving muscles gradually die off. The astrophysicist Stephen Hawking, who died in 2018, also suffered from ALS.

"But it takes a lot more than ALS to silence this icon," Flack's rep continued. She plans to continue her musical career and her creative output despite the illness. The singer plans to publish a children's book next year. This week the documentary "Roberta" about her life celebrates its premiere at the Documentary Film Festival in New York.

Roberta Flack was the first and, to date, only performer to win the Grammy for Best Recording twice in a row: in 1973 for "The First Time I Ever Saw Your Face" and in 1974 for "Killing Me Softly with His Song". Overall, she received 14 Grammy nominations over the course of her career.

Not long before, Flack's records hadn't been selling well - until Clint Eastwood chose "The First Time Ever I Saw Your Face" for the soundtrack of his directorial debut "Sadistico," in which he himself plays a DJ on a California jazz radio station. The song became the biggest hit of 1972, stayed at number one for six consecutive weeks and earned Flack a Grammy and gold record.

"Killing Me Softly With His Song" stayed at No. 1 for five weeks in 1973, also making it the top-selling single of the year. The song appeared on the album of the same name, Killing Me Softly, which became Flack's best-selling album and went double platinum. The Fugees released their own version of the song, dubbed "Killing Me Softly," on their 1996 debut album. Featuring Lauryn Hill on vocals, this version became an international hit, topping the US Billboard Hot 100.

In 2016, Roberta Flack, who also studied music education, suffered a stroke. Two years later, she announced that she would no longer perform live. 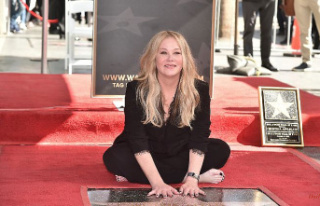 For the Walk of Fame honor: Christina Applegate appears...