Actually, the next four public holidays in Great Britain revolve around the Queen. 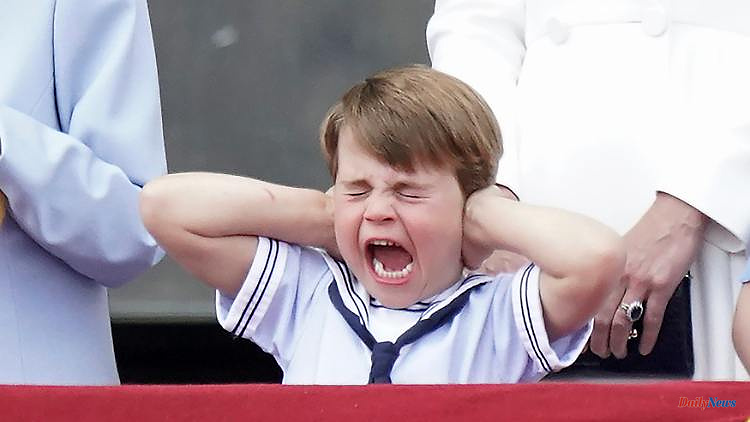 Actually, the next four public holidays in Great Britain revolve around the Queen. But the youngest member of the royal family manages to grab everyone's attention on day one. However, the Queen seems to be amused by Prince Louis' grimaces.

It was clear from the announcement that Prince Harry and Duchess Meghan would also be present at the major event that, despite their platinum anniversary, not everything would revolve around Queen Elizabeth II. But it was not necessarily to be expected that one of the youngest family members would steal the show from her and all the other royals on the balcony of Buckingham Palace. But that's exactly what her great-grandson Prince Louis did and enchanted with his sugar-sweet manner and the unfiltered gestures of a four-year-old.

For example, when the squadron flew over the palace in honor of his great-grandmother. With his mouth wide open and his eyes closed, Prince Louis covered his ears in shock - several jet fighters in formation bring a few decibels of noise with them.

The photographers also captured images of Prince Louis sticking two fingers in his mouth and diligently making faces. At least until his mother, Duchess Kate, definitely reminded him where he was.

His big sister, Princess Charlotte, reliably ensured that little baby Louis behaved appropriately for the traditional event. This became clear when the two drove up by carriage together with their brother Prince George and in the presence of Duchess Kate and Duchess Camilla.

All three children waved obediently in the direction of the countless people who had gathered for the occasion. At one particularly cute point, however, Charlotte decided that Louis had waved enough and drove him nimbly into the parade. Out of defiance, Louis waved again.

1 Hesse: gambling without a license: players get money... 2 Saxony: Coalition argues about funding guidelines 3 North Rhine-Westphalia: Iraqi judicial staff visit... 4 MotoGP. Quartararo extends Yamaha contract until 2024 5 Chaos at the Stade de France Emmanuel Macron reaffirms... 6 After trying to disrupt Queen Elizabeth II Jubilee... 7 Images of the rescue operation for the 14 miners who... 8 "The Covid crisis had a positive effect on the... 9 Dining at: McDonald's: "I love the Big Mac!" 10 After the Stade de France incident, Macron says Macron... 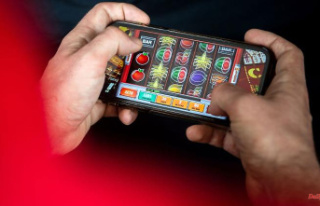 Hesse: gambling without a license: players get money...