Group photo at the bedside: Jeremy Renner thanks hospital staff

Actor Jeremy Renner remains in intensive care after being run over by his snowplow on New Year's Day. 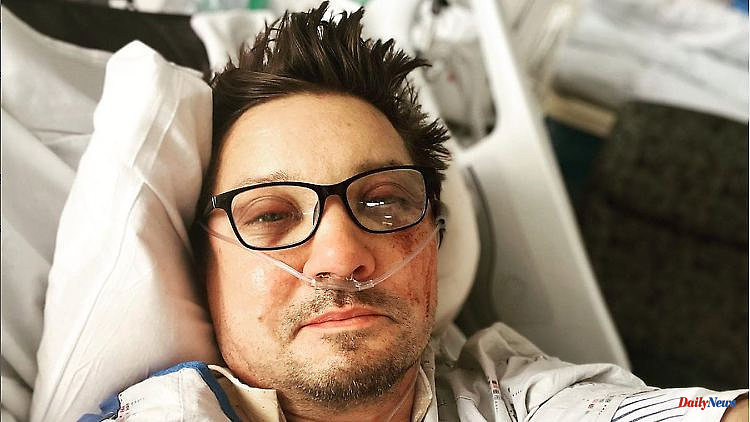 Actor Jeremy Renner remains in intensive care after being run over by his snowplow on New Year's Day. He now expresses his deep gratitude to the people who accompany him on his journey to recovery with a selfie complete with a mask and hoses.

US actor Jeremy Renner ("Avengers: Endgame") thanked the treating hospital staff in Reno (US state of Nevada) almost a week after an accident while clearing snow. The seriously injured "Hawkeye" actor posted a photo of himself in the hospital bed on his Instagram Stories on Friday (local time), surrounded by almost a dozen helpers. Renner wears an oxygen mask and is connected to tubes. Thank you to the ICU team who started "this journey" with him, the Marvel star wrote.

In another Instagram story, he thanked him for the "love" on his birthday. Renner also posted a short video in which young athletes from a non-profit organization in Chicago congratulated the actor on his birthday singing and dancing. On January 7, 2023, the Marvel star celebrates his 52nd birthday.

The actor was run over by his snowplow on New Year's Day while attempting to clear a stuck vehicle after heavy snowfall in the mountainous area near Lake Tahoe. He was taken to the nearby clinic in Reno by helicopter. He had to have an operation there.

Renner, who played in the superhero series "Avengers" and in two "Mission: Impossible" films, among other things, turned to his fans on Instagram two days after the serious accident and thanked them for the many wishes for recovery. Most recently, he shared a video on his social media showing his sister giving him a scalp massage. He wrote in a good mood about a spa day in the intensive care unit.

1 Duel of fat spreads: What scores points for butter... 2 Saxony: Cancer drugs: Researchers want to reduce animal... 3 Baden-Württemberg: Labbadia demands more from Egloff:... 4 Baden-Württemberg: State supports university clinics... 5 Two loans and a word of welcome: Lindner's lawyer:... 6 300 arrests in Brasília: Allies of ex-President Bolsonaro... 7 Juri Knorr and the DHB team: If someone can do the... 8 Diplomat complains about testing requirements: 89... 9 His mother's rival: Harry calls Camilla "villain" 10 "Do you want to buy an eight?": When Sesame... 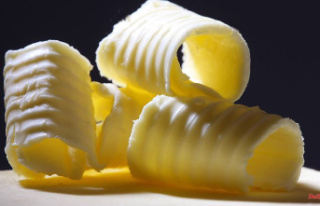 Duel of fat spreads: What scores points for butter...