Handwork for the anniversary: ​​The British crochet their Queen

Queen Elizabeth is celebrating her 70th jubilee, and the Brits are over the moon about it. 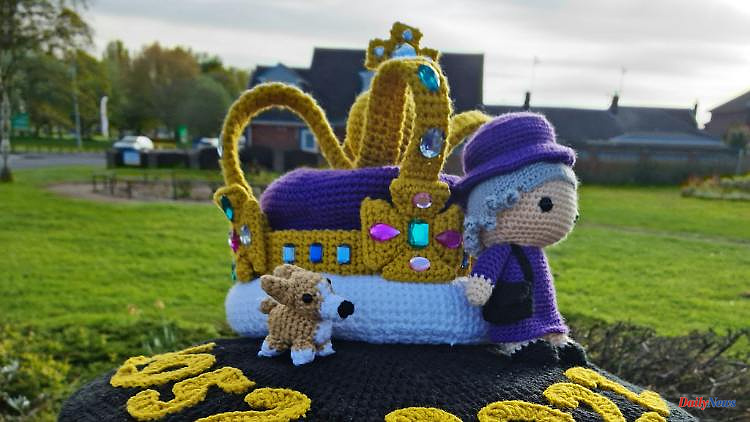 Queen Elizabeth is celebrating her 70th jubilee, and the Brits are over the moon about it. Or the letter box, because some particularly skilful fans of needlework have now crocheted overcoats dedicated to the 96-year-old for their post boxes.

A crown or the Queen with her beloved corgis: In honor of Queen Elizabeth II's 70th anniversary, Britons crocheted royal motifs and decorated mailboxes across the country with them.

In the east English port of Harwich, Jasmine Colley decorated one of the famous red post boxes with a purple and gold crown and the Queen and one of her dogs. The 27-year-old worked on the creation for six weeks, she told the British news agency PA. "It's so nice to drive past it and see people looking at it."

In Wallasey, near Liverpool, a yarn head of the Queen with a glittering crown and matching earrings is enthroned on a mailbox. "I'm a monarchist and I think the Queen is doing an exceptional job," said creator Julie Walker. She is looking forward to the celebrations of the throne jubilee. Leonie Edwards decorated a box in Doveridge, central England, with a large crown. "I just moved to the village and thought it would be a nice way to get in touch with the village community," said the 36-year-old.

Queen Elizabeth II was on February 6, 1952 after the death of her father King George VI. become British Queen. There are therefore events nationwide this year in honor of the now 96-year-old monarch. The main celebrations are planned for early June in London. 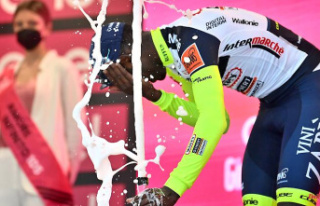