Haute-Corse: the fire that covered "450 hectares" on Monday is stable

This fire had covered Monday evening at 7:30 p. 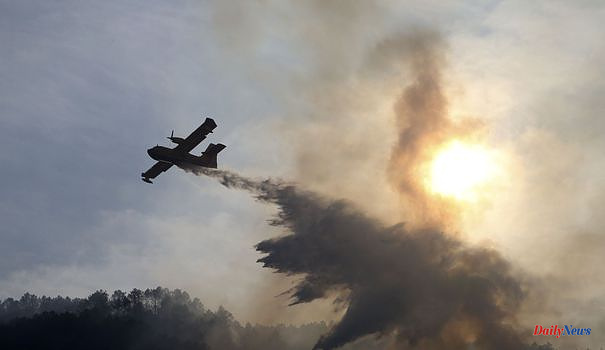 This fire had covered Monday evening at 7:30 p.m. an area "of 450 hectares" in this commune of Haute-Corse located about twenty kilometers from Saint-Florent, a seaside village very popular with tourists in the summer period.

"The particularity of this fire is that it is completely inaccessible to land means, in a steep geographical area where there is no activity other than a little hiking", added the officer, specifying that no " habitation or exploitation" was threatened.

“We cannot say that the fire is fixed but the two edges are in clear regression”, said Monday evening Lieutenant-Colonel Thierry Nutti, duty officer of the Departmental Fire and Rescue Operational Center (Codis), after 56 drops from engaged helicopters, 60 from Pelican-type water bombers and six drops of retardant.

After a “rather calm” night of surveillance with “very favorable” weather conditions, in particular temperatures which dropped to 20-22 degrees Celsius and a humidity rate of more than 50%, the fire was “stable” Tuesday morning. ", with the presence of "a few hot spots visible from the village of Santo-Pietro-di-Tenda" but the "maintenance of the edges" in the state of Monday evening, he told AFP.

Aerial reconnaissance was planned before the deployment in the area of ​​the helicopter intervention detachment (Dih) of the civil security of Brignoles (Var), specialized in work in difficult to access areas, which came as reinforcements with three helicopters.

A fourth water bomber helicopter from the Corsican rescue service will also be active to hoist "the forest fire commando of firefighters and foresters-sappers" on the ground with the aim of "treating all the edges and avoiding any recovery fire".

A machine equipped with tank-type tracks will also try to "create land access" to get as close as possible to the fire.

A total of 70 people will be engaged in the field for a "long-term work" which will begin with "fairly good" weather conditions until 11:00 a.m.

On Saturday, several forests in Haute-Corse were closed due to a severe risk of fire and the affected area was considered "dangerous" for this risk, the authorities inviting people not to go there. 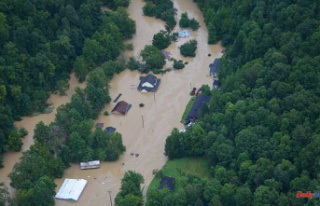