Have the tears dried?: Harry celebrates a sad birthday

He must have imagined this day very differently. 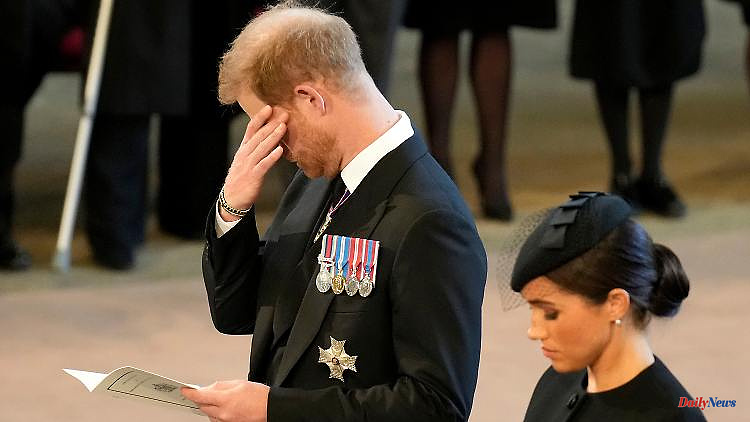 He must have imagined this day very differently. Actually, Prince Harry would have been back in the United States long ago, back with his two children. But after the death of the Queen, he is now celebrating his 38th birthday far away from his new home. He shouldn't feel like celebrating.

The whole world is looking at the British royal family these days. And the new King Charles III. Of course, like his sons William and Harry, he always tries to keep his composure. They don't always succeed. For example, when Charles comes into conflict with an inkwell or pen. Or when Harry is standing at his grandmother's coffin in Westminster Hall.

The Queen's grandson had to wipe the tears from his face at the end of the procession on Wednesday in London. No wonder, since he and Elizabeth II are said to have been particularly close. Of course, this moment is also captured by countless cameras and then discussed, discussed and commented on more or less professionally. He only shows that the royals are just people with all their emotions.

Harry should have dried his tears by now. But the grief for his grandmother, who died a week ago, has definitely not gone away. So it should be a pretty sad birthday for Harry this year. Because just today, Thursday, he turns 38.

One thing is certain: Unlike planned, Harry is spending his birthday far away from his new home in the USA. After all, he and his wife Meghan spontaneously extended their stay in Great Britain, which was originally planned as a short detour. Actually, they would have been back in the USA with their two children Archie (3) and Lilibet (1) long ago. But after the death of the Queen, a return trip was of course out of the question. They will remain in the UK at least until the state funeral on Monday.

How exactly Harry will celebrate his birthday here, however, remains largely a matter of speculation. He and Meghan are believed to be spending the day at Frogmore Cottage in Windsor. "I'm sure he'll be very, very quiet on Thursday," says nobility expert Jennie Bond, who has another wild theory ready: "Maybe William and Kate will come over with a pizza or something."

Here the wish could be the father of the thought. After all, many long for the death of their grandmother to bring the quarreling brothers William and Harry closer together again. In fact, they have also made public appearances together with their wives over the past few days. The relationship at the procession on Wednesday in London did not seem really cordial. The former "Fab Four", as the two couples were once called, would hardly have looked at each other, it was reported afterwards.

While King Charles III. took an official break from all his new duties on Thursday and Harry was not initially seen in public on his birthday either, by the way, William and Kate were already doing their duty again. They visited the royal country estate of Sandringham House, where they comforted the mourners and looked at the sea of ​​flowers that have accumulated here, as in other places in the country, in memory of the Queen. But maybe they still feel like having a pizza with Harry and Meghan later - who knows? 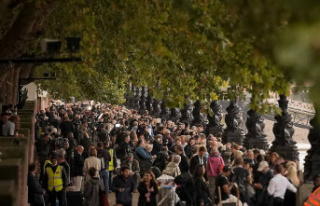