"He gave me his blessing": Ayda Field Williams shows Robbie without a cover

Numerous tattoos can be seen on Robbie Williams' body: on the chest, arms, only the thighs are not decorated. 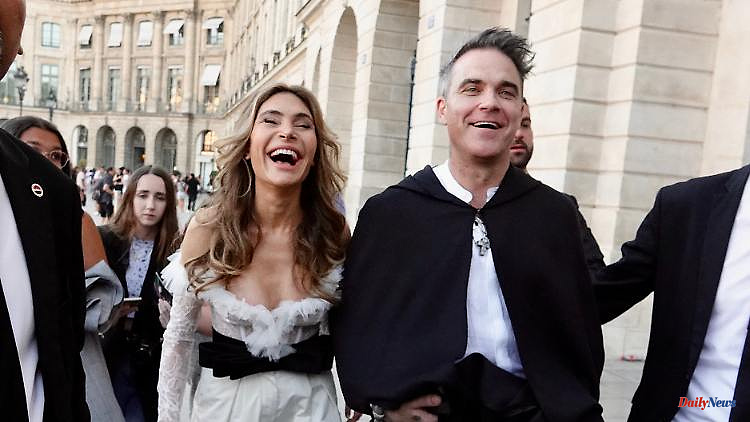 Numerous tattoos can be seen on Robbie Williams' body: on the chest, arms, only the thighs are not decorated. Wife Ayda Field Williams shows her Robbie very revealingly on Instagram. Some users discuss whether everything can really be seen.

There is a new post in the Instagram exposures category. This time it's the British entertainer Robbie Williams who "blanks" - or he lets blank. On Instagram, his wife Ayda Field Williams shows a reel in which the singer can be seen lying in bed covered only with a sleep mask. The tattooed left hand rests on the hairy chest. The right leg is bent, the left crossed over it. Among other things, the 43-year-old writes: "He gave me his extensive blessing that I can post this."

What some Instagram users are particularly interested in about the reel is the area around Robbie's loins. Although this is covered by a sheet, a user writes: "Is it just me who thinks I can see his masculinity? Or am I just crazy." Other users also want to have seen something there.

However, what can be seen there is not entirely clear. Robbie's fans will probably only know 100 percent when the singer comments on it - or Instagram blocks the post or not.

Meanwhile, preparations for Robbie Williams' 25th solo anniversary are in full swing. That's why Ayda probably wanted to distract him with her reel. "Rob had interviews all day yesterday," she wrote. "That's him in bed this morning, sound asleep...I think he was still in interview mode. I wonder who he was talking to?" Appropriately, she underscored the clip with the Dolly Parton hit "9 to 5".

48-year-old Robbie Williams, former member of boy band Take That, will celebrate his 25th anniversary as a solo artist in 2022. The album "XXV" (Roman numeral 25) will be released on September 9th. It will feature "countless number one hits and fan favorites," according to an announcement. The brand new song "Lost" is also on the record. The deluxe version of the album will include more tracks. Williams will be touring the UK and Ireland with XXV this fall. He recently gave a foretaste of the tour at an open-air concert in Munich. 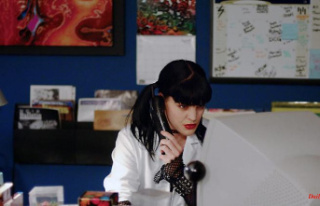