He was surprised himself: Jauch has something to do with the birth of Marx

Anyone who studies Karl Marx's birth certificate will find the signature of a Mr. 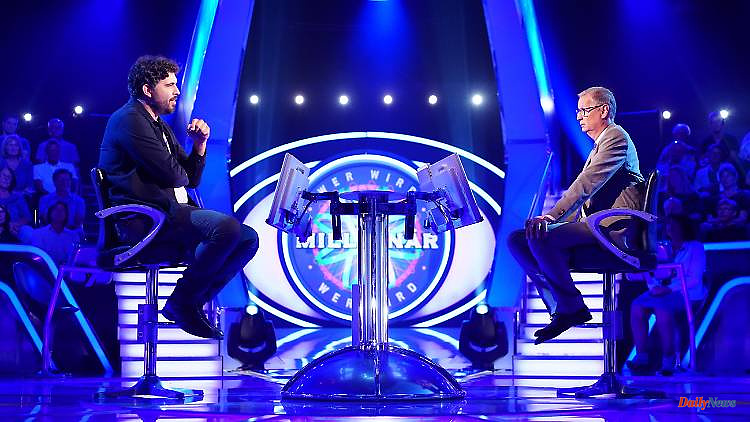 Anyone who studies Karl Marx's birth certificate will find the signature of a Mr. Jauch. "I only found out a few years ago," says the WWM presenter. But that still haunts him to this day. Then the candidate is kicked out because of malaria.

Whether an autograph from Günther Jauch will be preserved until the year 2222? Small doubts are appropriate. However, the signature of an ancestor gives the "Who Wants to Be a Millionaire?" presenter hundreds of years later public appearances. Because his great-great-great-grandfather was second mayor in his hometown when Karl Marx was born in 1818 and signed the birth certificate, as Jauch revealed on Monday evening. "I only found out a few years ago. Since then: whenever Marx has an anniversary, I can read out this certificate," he said.

The story came up because candidate Christian Alt is originally from Trier, the birthplace of Marx. The 33-year-old now lives in Munich with his family and produces podcasts there. One of the topics: great failed projects in history. "Mostly by men," reports Alt and tells of the scientist who wanted to help middle-aged men regain their vitality by transplanting monkey testicles into their thighs. Somehow the candidate might already have had a bad premonition.

"So men are usually the bigger idiots?" Jauch asked. "Yes," confirmed Alt. "Hopefully I'm the exception today." Fearing the big crash, the 33-year-old repeatedly asked himself "I'm gambling, aren't I?" and then preferred to protect himself with a joker. In the end he was unfortunately too stingy with the last joker.

For 16,000 euros, the man from Munich should know against which serious illness there is currently no vaccination. He drew the additional joker and chose a social worker from Leverkusen. She said she knew relatives and friends who had been vaccinated against malaria, measles and shingles or could have done so. Jauch suggested the remaining telephone joker as a safeguard. Alt would have had a chemist at his disposal. But it was here of all places that the candidate gambled, trusted his joker and logged a wrong answer with "cholera".

There is an oral vaccine against cholera. In the case of malaria, research – including at the German company Biontech – has not yet led to an approved vaccination. Alt took the crash left to 500 euros. His wife in the audience felt the same way. After the first round she said: "He cracked the 500, we can have a nice meal with it, have a nice evening."

The very big "Who wants to be a millionaire?" luck was granted to none of the four candidates that evening. Management consultant Marisa Kurz from Stuttgart was the last candidate from the previous show to sit in the hot seat at the beginning, but got out two laps later when asked the 16,000 euro question. She had the right instinct that the 1.5 degree target for climate protection refers to the values ​​of the period 1850 to 1900. But she didn't want to risk her 8,000 euros: "I can't decide. I'd rather go home." Because the money is urgently needed to move out of their huge flat share of nine.

The last two candidates at Jauch were apparently completely satisfied with 16,000 euros each. Doctor Angelika Menzen from Friesoythe, located between Bremen and the Dutch border, chose the safe variant and was therefore able to guess without a care when asked the question for 32,000 euros. She and her youngest son as a telephone joker bet that Taylor Swift has so far been able to collect the most trophies at the US Grammy Music Awards. However, Beyoncé holds the record of 28 wins. "16,000 was my goal. I achieved that. This means we can go to England again this winter," said the passionate football fan about her end.

Eric Schmidt from Marpingen in Saarland seems perfectly happy and therefore had no reason to complain. The head of an electrical department in a mechanical engineering company in the neighboring town couldn't even quickly say what he intends to use his 16,000 euro profit for. In any case, the 35-year-old is totally satisfied with his job. He only found it after a few professional mistakes. According to his own statements, he completed his training as an electronics technician for industrial engineering with 100 points as the best in Germany. The certificate was presented to him by Annegret Kramp-Karrenbauer, Prime Minister of Saarland at the time. "Who Wants to Be a Millionaire?" returns on German Unity Day with a gambler special that continues the next day. 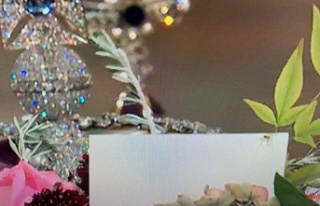