In recent weeks, a number of witnesses have testified in court for Johnny Depp and made serious allegations against his ex-wife. 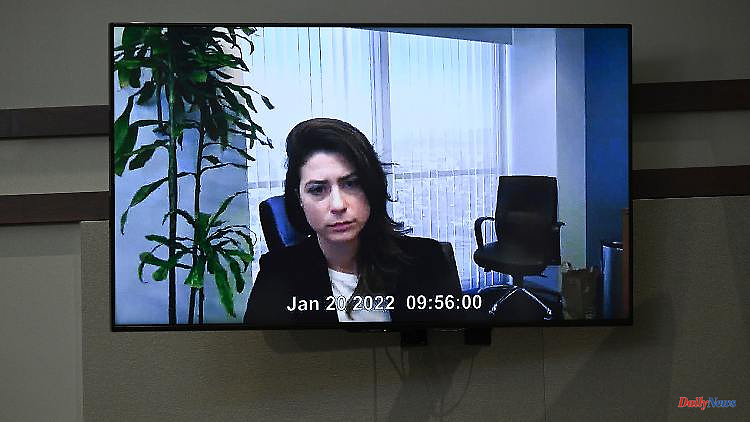 In recent weeks, a number of witnesses have testified in court for Johnny Depp and made serious allegations against his ex-wife. Now the tide is turning. For the first time, two former friends testify for Amber Heard.

In the ongoing libel lawsuit between 'Pirates of the Caribbean' star Johnny Depp and his ex-wife Amber Heard, two former friends of the actress, iO Tillet Wright and Raquel Pennington, were arrested Tuesday after Heard's cross-examination ended took the stand. However, they did not testify in the Fairfax County Court of Justice, instead the jury was shown taped interviews from March and January 2022.

Tillet Wright testified that he was friends with Heard from 2011 until April last year and lived in one of Johnny Depp's Los Angeles homes for ten months as of August 2013. He initially got along very well with the actor, but the friendship broke up in December 2015. However, he did not go into the reasons why he was no longer friends with the ex-couple. Depp described the 38-year-old sober as "incredibly intelligent", "resourceful" and "generous". According to the author and photographer, he immediately felt a connection to him like few people before.

However, when Depp was "drunk or high", he turned into a "mean and vicious" person, was "misogynous and cruel". As an example, Tillet Wright cited an argument between the ex-couple that he once witnessed. Depp accused Heard of having no talent. If "her boobs start sagging or she gets wrinkles," no one would care about her, he said. During the couple's wedding in the Bahamas, the Hollywood star claimed he could "slap Heard in the face" once she was his wife. But he never saw Depp hit or otherwise physically abuse Heard, Tillet Wright said.

Depp often confided in him, the 36-year-old said. So he compared his ex to his mother and remembered her cruelty to him. Betty Sue, who died in 2016, is said to have been extremely violent. In addition, Depp spoke openly to him about his alcohol and drug consumption, for which he was ashamed. There was also talk of "blackouts". Tillet Wright witnessed Depp's film tears himself, he said. Still, the Pirates of the Caribbean star found it annoying having to be sober for Amber Heard because he said he'd rather do drugs.

Tillet Wright also commented on the "monster" that Depp is said to have turned into: When the actor was drunk or high, he imagined that Heard would cheat on him with many people from their film set. Depp was very jealous and revealed that this was also a problem in previous relationships with Kate Moss, Winona Ryder and his ex-wife Vanessa Paradis.

Tillet Wright also recalled a call he reportedly received from Heard in May 2016. Depp was also on the phone and asked him if he had defecated in his bed on Heard's 30th birthday - when he was not present. When Tillet Wright and Heard started laughing, Depp got angry and heard a bang and then screams on the other end of the phone. Depp yelled: "You think I hit you?", so he hung up. He immediately called Raquel Pennington, who lived next door in Depp's penthouse in Los Angeles, and then called the police twice.

Raquel Pennington, once Heard's best friend, testified after Tillet Wright in a pre-taped interrogation. Like her predecessor, Pennington had been present at several major incidents between Heard and Depp, which were addressed during the trial. She and her partner Josh Drew had lived in one of Depp's penthouses in the Eastern Columbia Building in Los Angeles. She testified that she had been friends with Heard since 2003. In the end, however, they would have drifted apart. They haven't spoken in a year, but are "not enemies".

Pennington was first asked about several altercations she had with Heard. At Thanksgiving, they argued over some wine glasses that they couldn't find. Heard thought her friend hadn't searched hard enough, so Pennington pushed her. Heard either pushed her back or hit her on the cheek.

Pennington was also questioned about an incident at a trailer park in Hicksville. She had spent a drug weekend there with several friends, including Amber Heard and Johnny Depp. Heard accuses her ex of assaulting one of her friends because she got too close to her. He is said to have hit Heard in the trailer and destroyed the facility. Pennington said he overheard the argument around the campfire. Depp was angry with Kelly Sue Molano and became aggressive. He screamed: "Get off my wife!" However, she cannot remember a later argument between Depp and Heard, nor did she hear any screams from the trailer. The next day, however, she saw that the lamp was broken. The questioning of Pennington and other Amber Heard witnesses continues Wednesday.

Before Tillet Wright and Pennington, Amber Heard had been cross-examined with her ex-husband's attorneys. Heard described her ex-husband's accusations of domestic violence as an "orchestrated smear campaign" against her. On Monday, she was convicted of lying about her divorce settlement. The 36-year-old admitted failing to donate $7 million to the American Civil Liberties Union (ACLU) human rights organization and Los Angeles Children's Hospital. She had previously claimed this several times, including under oath during Depp's defamation lawsuit against "The Sun" in London. 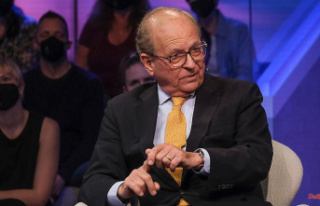