High temperatures, strong winds, rain and hail: the weather will be uncomfortable in the next few days. 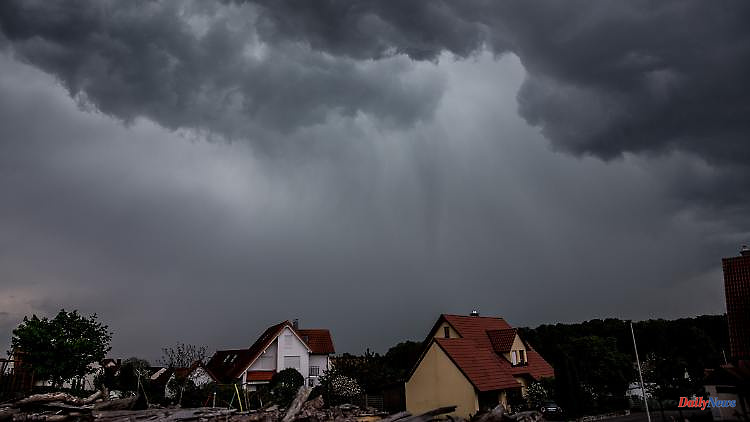 High temperatures, strong winds, rain and hail: the weather will be uncomfortable in the next few days. In large parts of Germany, people have to be prepared for severe thunderstorms with heavy rain, hurricane gusts and possibly even tornadoes.

The sun is followed by lightning and thunder: new severe storms threaten in parts of Germany. Meteorologists expect the heaviest thunderstorm situation so far this year. In many places, people have to arm themselves against heavy downpours, hail and hurricane gusts. There is also an increased risk of tornadoes.

It starts this Thursday. After a mostly bright start, low "Dorchen" can bring severe thunderstorms to the west and north-west from the afternoon. The storm front could spoil the party mood, especially for Eintracht fans. 100,000 fans of the European Cup winner are expected tonight at the Römer in Frankfurt for the big title party. But that could be a wet affair. "In the early evening of all days, some weather models expect a line of thunderstorms to pass over Frankfurt at the most inopportune time," says ntv meteorologist Carlo Pfaff. Not a good prospect for the fans. You have to reckon with heavy rain and squalls, possibly even hail.

In North Rhine-Westphalia, too, it will be very uncomfortable and possibly even dangerous today: throughout the state, people will have to prepare for stormy developments from the afternoon. In Lower Saxony there is also a threat of thunderstorms and heavy rainfall. The people in the east and south of the country, on the other hand, will be spared for the time being. In summer temperatures you can extensively enjoy the sun. The maximum values ​​are between 27 and 33 degrees.

According to the meteorologists, the thunderstorms will continue to spread on Friday night. There may also be showers and thunderstorms in some areas in the south-west and north.

The climax of the storm will be reached on Friday. By Friday afternoon at the latest, "we are facing the most dangerous and extreme hours," says ntv meteorologist Paul Heger. "On Friday, in the morning and midday, the first thunderstorms will appear from the west to the middle. In the afternoon, the real problem low 'Emmelinde' will come from the west with massive thunderstorms and precipitation, gusts of wind and hurricanes, hail and the risk of tornadoes."

Accordingly, the particularly dangerous supercells could then form. These are rotating systems with strong updrafts that move completely independently and are therefore difficult to predict.

The storm hits Rhineland-Palatinate, North Rhine-Westphalia and Lower Saxony as the first federal states, later also Hesse and during the night more and more the eastern and southern parts of the state. With the showers and thunderstorms, enormous amounts of precipitation can then occur locally within a very short time. "Within the thunderstorm cells, up to 50, in extreme cases up to 80, liters of rain per square meter can fall within a very short time - as much as is normally the case for a whole month," says Heger. In the north there can be heavy continuous rain. The weather expert warns: "The storm or hurricane gusts should not be underestimated on Friday!" 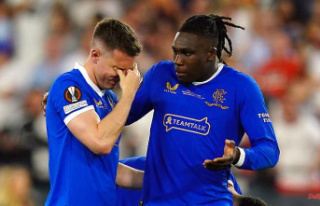 What was different with van Bommel: Sixth change tears...