The scenery is right in the relegation first leg in the Berlin Olympic Stadium, the performance at Hertha BSC only to a very limited extent. 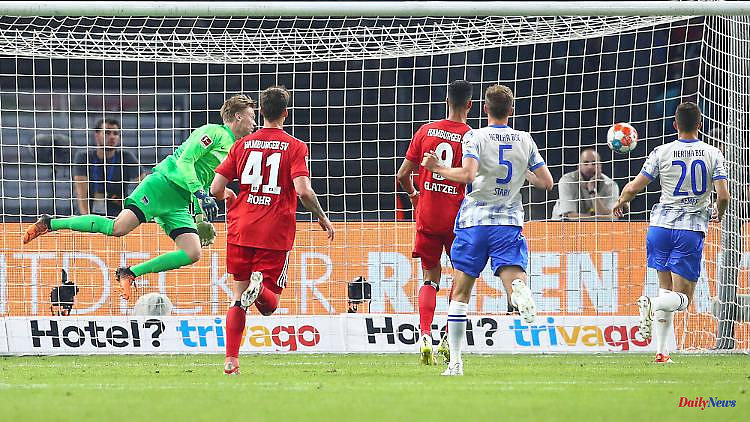 The scenery is right in the relegation first leg in the Berlin Olympic Stadium, the performance at Hertha BSC only to a very limited extent. The Bundesliga club can hardly find a way to score against Hamburger SV. In the second division, on the other hand, a shot worth seeing nourishes the hope of returning to the top flight.

An arc lamp into luck: Thanks to a dream goal by Ludovit Reis, Hamburger SV have come a lot closer to their goal of returning to the Bundesliga. The second division third won the relegation first leg, which was particularly spectacular in the stands, not undeservedly 1-0 (0-0) at first division Hertha BSC. In the showdown on Monday, HSV holds all the trumps at home.

Reis scored the goal of the day with a lob from the left outside over the puzzled Hertha goalkeeper Oliver Christensen (57'). With their sixth win in a row, the Rothosen gained more self-confidence and now have the best chance of climbing up the ladder at the fourth attempt.

The Bundesliga-16. Hertha, on the other hand, have their backs to the wall and in the second leg have to offer a lot more attacking than on Thursday in order to prevent the seventh relegation in the club's history and the first of coach Felix Magath. The HSV icon is threatened with this humiliation with his old love of all people.

The backdrop of 75,500 spectators in the Olympic Stadium, including up to 20,000 guest fans, created a cup final mood. But there was more at stake for both teams than "just" a title. Magath in particular seemed extremely tense. Again and again the 68-year-old jumped up from the bench and discussed almost every controversial decision of the referee.

Hertha had previously moved into a short training camp at the Kienbaum Olympic base - also to "benefit from the aura of the world champions and Olympic champions", as Magath explained, "that should rub off on our players". But Hertha's self-confidence has suffered significantly after three missed match points to stay up, they rarely dared to go on the offensive at first. In the last home game of the season, the Berliners seemed to rely primarily on counterattacks and the standard strength of left-footed Marvin Plattenhardt.

However, goalkeeper Christensen, who replaced the injured Marcel Lotka, was almost unemployed for a long time on his competitive debut for Hertha. The Hamburgers, where Maximilian Rohr had replaced Joshua Vagnoman in the team, initially did not get beyond good approaches.

HSV had bad luck when referee Harm Osmers denied a penalty after a handball by Peter Pekarik in the 32nd minute. After studying the video images, Osmers had also recognized a handball from the Hamburger Rohr. But there was also a millimeter decision to Hertha's disadvantage: Ishak Belfodil's header goal was disallowed due to a razor-thin offside.

Magath reacted to his team's rather harmless performance at half-time and brought in fresh attacking power in Stevan Jovetic for the inconspicuous youngster Luca Wollschläger. The man from Montenegro brought a lot of momentum and fitted in well with a chance (56th). Hertha seemed better in the game - but then Reis scored for HSV. The hosts responded with furious attacks but left defensively vulnerable to counterattacks. 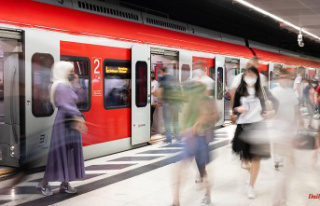