Ahnatal (dpa/lhe) - Right on time for the first advent, the first Christmas houses across Germany are lit and flashing again. 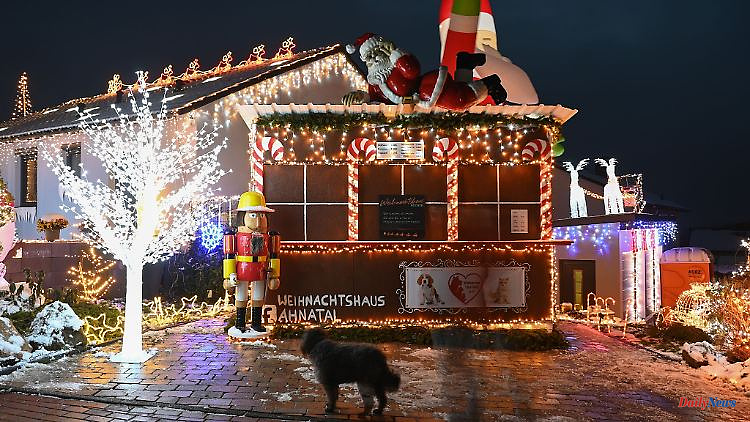 Ahnatal (dpa/lhe) - Right on time for the first advent, the first Christmas houses across Germany are lit and flashing again. The house of Sascha Bärwald and Dominik Pieczko in Ahnatal in North Hesse is again shining in all its glory. The two moved in there in 2017. "Back then it started with a chain of lights," Bärwald recalled. Since then, more and more Christmas decorations have been added. For the past three years, Bärwald and Pieczko have been transforming their home in the Kassel district into a veritable sea of ​​Christmas lights. "This year we installed around 85,000 LED lights," reported Bärwald. That's a good 15,000 more than last year.

A special eye-catcher is again a ten meter high, inflatable Santa Claus. "It is deflated every evening and, depending on the weather, it is inflated again the next day," explained Bärwald. New additions this year include a Cinderella carriage with moose and an illuminated swan. Another special feature: Children can send their letters to Santa Claus at the Christmas house. Bärwald promises an answer to anyone who gives their address. "Last year there were around 400 letters," reported the 28-year-old.

Until probably mid-January, Bärwald and Pieczko want to let the Christmas splendor shine every day after dark. The Christmas house is not only beautiful. "It also serves a good cause," said Bärwald. In Ahnatal, visitors not only get something to see, but also something to eat and drink. The proceeds from the sale of mulled wine, beer, sausages, popcorn and Co. should go to the Waberner Tierhilfe. 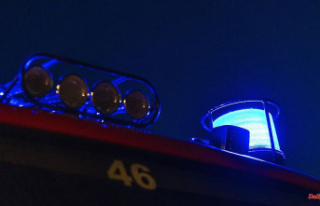 Hesse: After the fire, the house was no longer habitable