Hardly any rain and recurring heat for weeks - the Hessian farmers feel the consequences of climate change directly. 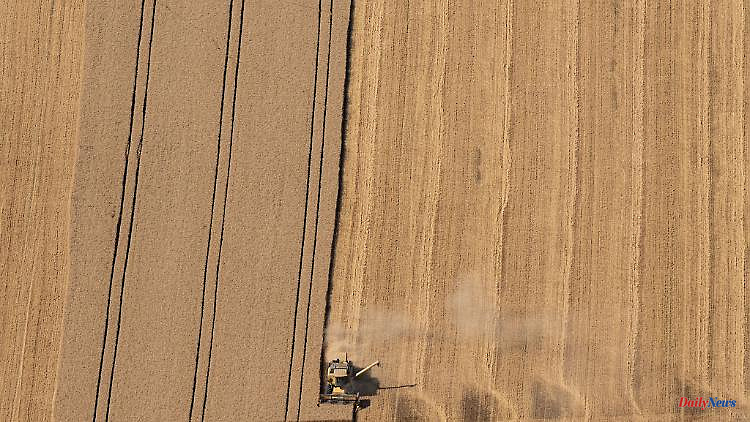 Hardly any rain and recurring heat for weeks - the Hessian farmers feel the consequences of climate change directly. There is hardly any real protection against this - the key word is adaptation.

Friedrichsdorf (dpa/lhe) - The long-lasting drought this summer with periods of heat are causing problems for Hessian farmers. After the winter barley harvest had already begun at the end of the second week of June, which was record-breakingly early, and the June heat sometimes led to emergency ripening of the wheat, the next heat phase with consequences for the autumn crops in the fields is already on the horizon. In response to a dpa request, a spokeswoman for the Hessian Farmers' Association said that the consequences of the drought are already visible in some of these crops that are due to be harvested in autumn.

For example, the corn rolls its leaves at some locations and has already developed the so-called flags - these are the flower panicles at the end of the shoot axis - which suggests faster ripening. In the case of sugar beet, the drought is causing so-called dormant stocks. The leaves lie flat on the ground and are limp.

A new heat wave would have little effect on the grain and rapeseed that are currently still in the fields, since these have already ripened or the ripening is currently being completed. "But we also need sufficient water in the soil for autumn sowing of cereals, rapeseed and catch crops. Water reserves in the soil could become scarce again and grassland would also suffer drought damage again," said the spokeswoman.

Most recently, the farmers' association had expected an average harvest result for winter barley. In the case of winter wheat, the high level of soil moisture in spring initially gave hope for a good harvest year, but hot days and lack of rain in May and June could have led to emergency ripening and an end to the grain filling phase. Individual white ears of corn also appeared regionally - a sign of "sunburn" in wheat. The consequences for the harvest cannot yet be definitively assessed, but average quantities were expected here as well. The association wants to announce details at a press conference this Tuesday (July 12) at the start of the winter wheat harvest in Reinheim in southern Hesse.

Meanwhile, protection against increasing drought and heat from climate change is only possible in the form of adaptation, as the spokeswoman explained. "The right choice of variety can, for example, help to select the right variety for the respective location, for example an early-ripening variety that is not as badly affected by a heat wave in June as a later-ripening variety." A water-saving management of the soil can also be helpful.

The Hessian Ministry of the Environment also described the situation for agriculture as difficult. The drought monitor currently shows severe to exceptional drought in the overall soil for Hesse, and exceptional drought also prevails in many places in the topsoil. Climate projections show that in the future - if the annual totals remain the same - precipitation will shift to the winter half-year. The phases of drought - especially in spring and summer - should therefore occur more frequently and last longer. "If the temperatures rise at the same time, the crops will evaporate more and have a higher water requirement," the ministry expects. "Stress situations due to drought, as can be seen once again this year, will therefore be more frequent and longer-lasting in the future." 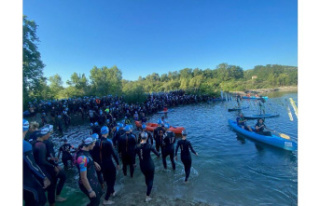