According to a report by the Paritätischer Wohlfahrtsverband, more than 18 percent of people in Hesse are affected by poverty. 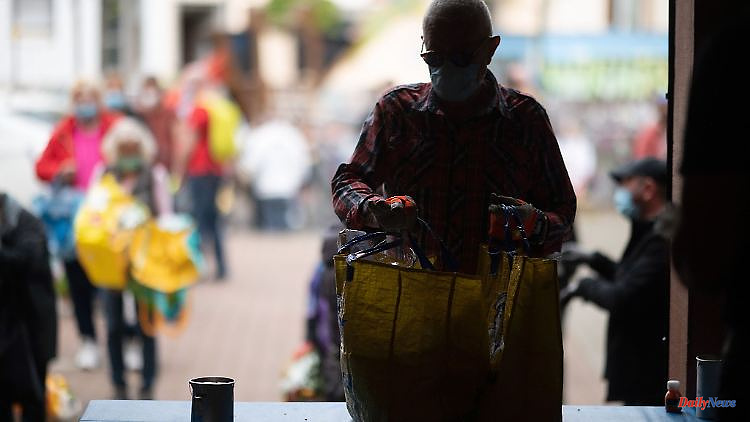 According to a report by the Paritätischer Wohlfahrtsverband, more than 18 percent of people in Hesse are affected by poverty. Social organizations fear a further increase in view of the rising prices. The municipalities are reacting with their own measures.

Kassel/Frankfurt (dpa/lhe) - According to the Parity Welfare Association, poverty has been increasing in Hesse for years. State manager Yasmin Alinaghi speaks of a "rapid upward trend". In the country ranking, the federal state slipped from third place in 2015 to eleventh place. "This is shocking and very alarming," Alinaghi said.

In view of rising energy and food costs, there are fears that the problem will get worse. The Diakonie Hessen, for example, expects that the number of people seeking help will increase significantly in the coming winter compared to previous years. "More people will come to our facilities who were not our clients before," said Katharina Alborea, head of the Housing Emergency Assistance department at Diakonie Hessen. "Day stays, where you're warm and can maybe get a cup of coffee or tea for little money, are attractive to people who sit in their booth and freeze."

According to Alinaghi, the elderly, single parents and families with many children as well as the children themselves are particularly affected by poverty. In Hesse, 20 percent of the children would be considered poor. To combat the problem, Alinaghi urgently calls for a convincing concept. "Not enough is being done," said the state manager.

And what is done must be done more purposefully. "The watering can principle is wrong. What use is it to someone who can't afford a car if the petroleum tax is reduced," she argued. The standard rate of basic security or future citizen income must be increased significantly, the practice of sanctions be abolished. The increasing poverty must be an issue in the upcoming state election campaign in Hesse.

In Hesse's municipalities, too, people are aware of the problem of increasing poverty. In Kassel, for example, the poverty rate has reached around 18 percent. The situation of those affected has worsened as a result of the pandemic and the Ukraine war, emphasized Mayor and Social Affairs Officer Ilona Friedrich (SPD). In addition, rising living and energy costs are affecting the living conditions of many people.

To counteract this, a pact against poverty was founded in the north Hessian city. According to Friedrich, resources and activities should be networked at the municipal level. The aim is to use them more effectively and to develop new local approaches to fighting and preventing poverty. "As a municipality, we can't change anything about the standard rates, but we can certainly strengthen social participation and improve the life chances of people in our city by setting municipal priorities," emphasized Friedrich.

In Offenbach, among other things, the focus is on strengthening the economic structure and creating sufficient and affordable living space. "Due to the comparatively low income situation and purchasing power of its population, the permanently high level of unemployment and the high level of benefit receipt, the city of Offenbach has been facing the great challenge of taking action against the growing risk of impoverishment for its population for many decades," said a spokeswoman.

Among other things, the focus is on improving education. Hundreds of millions of euros are currently being invested in new schools, school extensions and school renovations. According to the spokeswoman, the city is currently preparing to draw up an action plan to combat child poverty.

According to the city of Darmstadt, it has many offers to combat poverty. Among other things, children, young people and families receive support and support through child and youth work, school social work, early help and family centers, as a spokesman said. The revised social ticket of the city of Darmstadt was also launched on September 1, 2022 - a discounted monthly ticket for public transport in the city area.

The Gießen Pass is intended to enable people in need in the central Hessian city to participate more with discounts on public transport, cultural institutions, swimming pools and adult education centres. In addition, they offer graduated fees for daycare centers, explained a spokeswoman. "Nearly 50 percent of parents do not pay any fees," she explained. Poverty caused by impending energy costs is currently being counteracted, among other things, through information and advice formats such as district-related energy fairs.

Affordable housing is on the agenda in the state capital Wiesbaden as well as advice on existing social services, explained Wiesbaden's social affairs officer Christoph Manjura (SPD). An offer for young homeless people is currently being set up.

As part of its third Hessian state social report, the black-green state government is working on analyzing the causes of poverty and inequality in Hesse even better, the Hessian Ministry of Social Affairs announced. The report will be presented shortly. This year, it is intended to highlight the situation of single parents in particular. 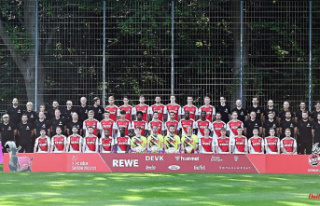