Hesse: Frankfurt Mayor Feldmann wants to resign at the end of January 2023

Frankfurt's mayor Feldmann was under a lot of pressure recently. 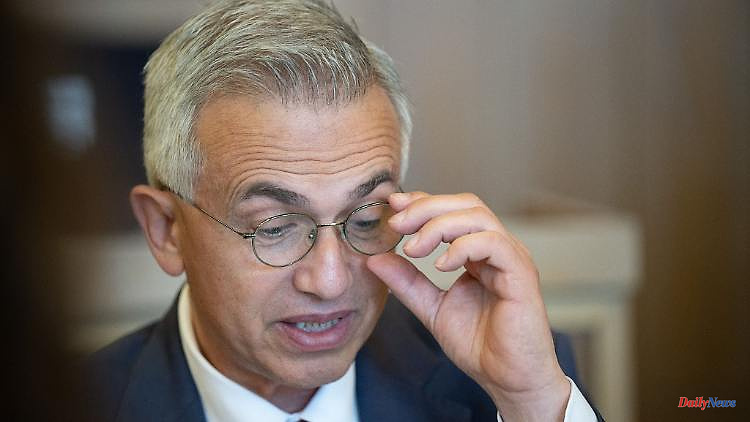 Frankfurt's mayor Feldmann was under a lot of pressure recently. So far, the SPD politician had defied all calls for his resignation - even from his own ranks. Now he wants to resign, but not immediately.

Frankfurt/Main (dpa/lhe) - Frankfurt's Lord Mayor Peter Feldmann has announced his retirement for early 2023. The SPD politician accused of corruption announced on Tuesday in Frankfurt that he would apply next January to end his term of office at the end of the month.

"I would like to save the city of Frankfurt an agonizing and expensive vote-out procedure - and take the opportunity to bring my official business to a proper conclusion after more than ten years. I will hand over an orderly house," he explained. Feldmann was first elected mayor of the largest city in Hesse in 2012 and was confirmed in office for a further six years in 2018.

The 63-year-old is accused in connection with the Awo affair and had also failed in the past few weeks due to other slips. Recently, Feldmann's own party, the SPD, had even called for his resignation.

In March, the Frankfurt public prosecutor's office brought charges based on reasonable suspicion of accepting an advantage. Feldmann's wife, as head of an Awo-Kita, is said to have received a salary that was higher than the collective agreement "without any objective reason", it was said. In addition, the Arbeiterwohlfahrt (Awo) supported Feldmann in the 2018 election campaign by raising donations. In return, he wanted to "benevolently consider" the interests of Awo Frankfurt. At the end of May, the district court in Frankfurt approved the indictment, so Feldmann has to go to court. Dates for this have not yet been set.

Feldman denies the allegations. Despite louder and louder calls for his resignation, he remained undeterred and remained in office, but the pressure was increasing lately.

Most recently, the OB had triggered several shaking of the head. A video with a sexist saying by Feldmann appeared. In addition, the mayor caused irritation at the celebration of Eintracht Frankfurt's European Cup victory in the Römer, among other things, when he took the trophy out of the hand of Eintracht captain Sebastian Rode and coach Oliver Glasner in order to advance towards the Kaisersaal, which many considered selfish and rated complacently.

Feldmann himself regretted his appearance at the party, and he also apologized for his saying on the plane. Meanwhile, the Bundesliga club let Feldmann know that the mayor was no longer welcome in the stadium. 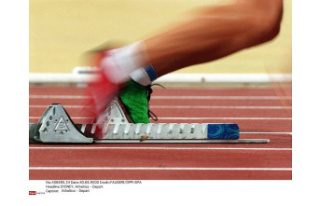 Athletics. The club of Cergy-Pontoise is shaken by...