For Eintracht Frankfurt, things are not going according to plan at the start of the Bundesliga. 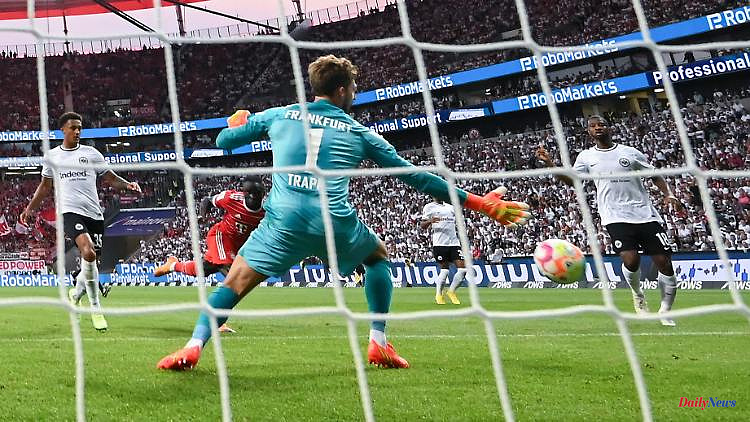 For Eintracht Frankfurt, things are not going according to plan at the start of the Bundesliga. The hearty home defeat against Bayern hurts. There is not much time to lick wounds, as the next top-class player is already waiting in Real Madrid.

Frankfurt / Main (dpa / lhe) - The minute-long ovations of the fans after Eintracht Frankfurt's 1: 6 (0: 5) debacle at the start of the Bundesliga against Bayern Munich were a little balm for the battered souls of the professionals in the Europa League -winners. "Our fans always have a very good feeling and gave us motivation for Wednesday. Then and also on Saturday in Berlin we have to do better than today," said Eintracht captain Sebastian Rode with a view to the upcoming tasks.

In the Supercup final against Champions League winner Real Madrid, a significant increase is needed if the euphoria after the great previous season is not to evaporate prematurely. "We have arrived in reality," admitted sports director Markus Krösche after the demonstration by the German record champions.

After the quick 0:2, the Hessians ran wildly across the pitch and invited Bayern to score more goals. "We played football far too naively in the first half. There are a few tactical rules that we have to follow, we didn't do that," complained Krösche. "It's okay that we really want to score a goal, but we still have to stay in order and not lose control."

The frustration over the collective blackout in the first half ran deep. Also with the coach. "We were overwhelmed with the pace, didn't have access and couldn't get through the one-touch football. We often just panted behind. I couldn't correct that from the outside," complained Oliver Glasner.

"We didn't find any solutions how we could defend that. It happened too fast. Hats off to the quality of this team. They ripped our ass off," said Rode. Only after the change did Eintracht hold up better and at least limit the damage.

The defensive deficits must be remedied quickly if there is to be no further shock experience against Madrid on Wednesday in Helsinki. "We have the opportunity to do better against a similarly strong opponent," said Glasner.

His team didn't lack the necessary attitude, but they did lack tactical discipline. "I saw a lot of passion, but also a lot of naivety," summarized Glasner. "Bayern were clearly superior to us, but we also played into their hands."

This needs to be checked off quickly. "We can see that if we're not at 100 percent and don't stick to the tactical guidelines, that's the result. The boys have to be more controlled, calmer and smarter," demanded Krösche.

Glasner was able to gain at least one positive aspect from the bankruptcy. "Sometimes it's good to get a slap in the neck so that not everyone thinks that things will continue like last year," said the 47-year-old Austrian and announced defiantly: "Although we lost 1: 6, we want to win the Supercup against Real."

1 North Rhine-Westphalia: "Keep the shop running":... 2 Bavaria: Motorcyclist hit by car and seriously injured 3 "Every little thing is used by animal rights... 4 1 minute of showering, 1 degree of heat or cold -... 5 Cherson: suspected poisoning: pro-Russian separatist... 6 UK: Liz Truss blunders in race to succeed Johnson... 7 Cherson: suspected poisoning: pro-Russian separatist... 8 China-US: why it is necessary to prepare for a space... 9 Lisa Kudrow: Body image changed during "Friends"... 10 Towards the end of the care of a young Briton at the... 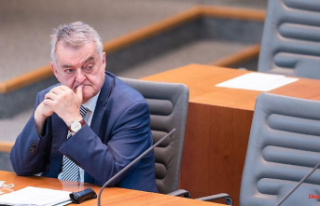