Hesse: Hesse: mitigate the consequences of the energy crisis with an aid program

With a hardship fund and a moratorium on dismissals, people in Hesse who are in financial distress because of the energy crisis are to be supported. 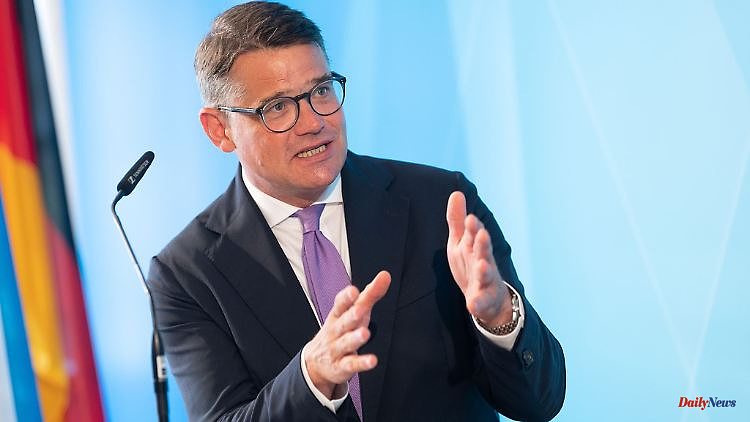 With a hardship fund and a moratorium on dismissals, people in Hesse who are in financial distress because of the energy crisis are to be supported. The state government is hoping for a broad political consensus.

Wiesbaden (dpa/lhe) - With a 200 million euro aid program, Hessen wants to relieve its citizens, companies and social institutions in the energy crisis. In addition, guarantees of three billion euros are to be made available to support the economy, as Prime Minister Boris Rhein (CDU) announced on Friday in Wiesbaden. The state government had previously discussed its plans at a social summit with social associations, trade unions and the municipal umbrella organizations, among others.

In the concrete design of the aid program "Hesse stands together", the announced 200 billion euros "defense shield" of the federal government will be taken into account in order to meaningfully supplement the federal program, said Rhein. Among other things, a hardship fund for people who are threatened with energy cuts and a moratorium on evictions for tenants of state-owned housing associations are planned in Hesse.

"We take care of ourselves and don't leave anyone alone in difficult times," said Rhein. He announced that he would involve the opposition SPD and FDP parliamentary groups in the further development of the aid program. He hopes that this will lead to a broad political consensus.

Higher subsidies for social institutions, such as food banks, and a further expansion of advisory services are also planned. In addition, there should be micro-energy loans for small and micro-enterprises that fall through the grid of federal programs, as announced by the state government.

The new aid program cannot cushion all the burdens of the crisis, said Minister of Social Affairs Kai Klose (Greens). The state is therefore paying particular attention to cases of hardship that have not been sufficiently taken into account by the previously known federal aid. The exact specifications for possible recipients of help, i.e. who is considered a hardship case, are still to be worked out.

The board of directors of the Hesse consumer center, Philipp Wendt, said: "We are happy to support the state in the concrete implementation. Thanks to our experience in energy debt advice, we are prepared for this task."

The chairman of the SPD parliamentary group, Günter Rudolph, welcomed the aid package in principle. "My group's offer to the state government to work together on the design and implementation of the Hessian aid package stands," he said. The chairman of the German Trade Union Confederation (DGB) Hesse-Thuringia, Michael Rudolph, called the planned establishment of a hardship fund a "good signal". Nobody should freeze because of the energy crisis or have to fear for their livelihood.

The chairman of the League of Free Welfare Hesse, Carsten Tag, stated that he feared that social institutions would soon face considerable financial difficulties and even bankruptcies. "The increase in energy costs between 150 and 800 percent cannot be financed." It is therefore important to take social institutions into account in addition to private households when it comes to financial aid.

1 Does Dry Eye Get Better During the Winter or Worse? 2 Bad news from the front: Puschilin panicked in Moscow 3 Video message after Putin show: Zelenskyj: Ukraine... 4 Allegations in the "Cum-Ex" affair: Chancellor's... 5 Demand ultimately decisive: Google is planning a new... 6 Floodlights and lawn heating off: energy crisis puts... 7 Against "House of the Dragon": "Rings... 8 Wanda with the album "Wanda": "We were... 9 Sick on vacation: the right international health insurance 10 Baden-Württemberg: Hunters against referendums on...