Frankfurt/Main (dpa/lhe) - Soccer professional Martin Hinteregger from Eintracht Frankfurt has broken off a business relationship with a former FPÖ municipal council and has distanced himself from right-wing ideas. 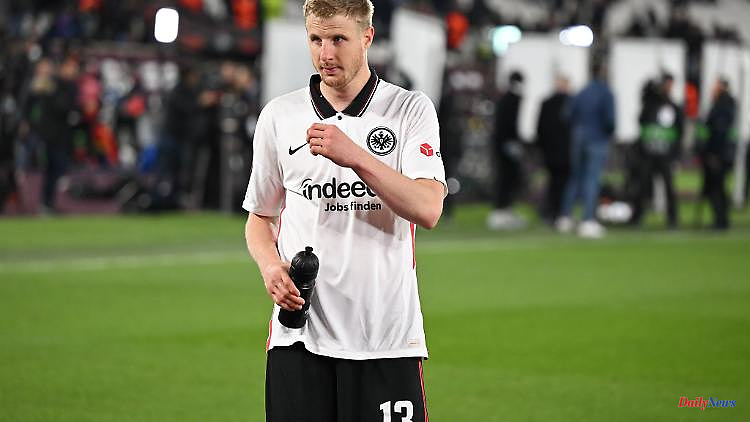 Frankfurt/Main (dpa/lhe) - Soccer professional Martin Hinteregger from Eintracht Frankfurt has broken off a business relationship with a former FPÖ municipal council and has distanced himself from right-wing ideas. "I have friends all over the world through my time in professional football and also privately, and I clearly reject accusations that I am right-wing and continue to fight any kind of discrimination!" Hinteregger wrote on social networks on Thursday .

The 29-year-old defender from the Frankfurt Bundesliga team was reacting to a report by journalist Michael Bonvalot. Hinteregger's business relationship with Austrian local politician Heinrich Sickl from the right-wing FPÖ was discussed in his blog "Standpunkt". Sickl made headlines in 2018 because he rented premises in Graz to the right-wing extremist Identitarian Movement.

"It's unbelievable that a stranger can say such things about me," Hinteregger said in a statement. He has no knowledge "of past or future activities" on the part of the Sickl family and only wants to hold a football tournament and nothing more.

"Any business relationship with the Sickl family will be terminated with immediate effect based on the current state of knowledge, and the 'Hinti-Cup' event will be examined as an alternative in order to clarify a further course of action," continued the Austrian international.

According to a current excerpt from the Austrian "Register of Beneficial Owners" drawn up by the Ministry of Finance, Hinteregger and Heinrich Sickl each hold a third of the "Hinti Event GmbH". Another third is held by a restaurateur. The extract from the register is available from the German Press Agency. The head of defense of the Frankfurt Bundesliga club is organizing a fan event with a music festival from June 16th to 19th in his home village of Sirnitz in Upper Carinthia via "Hinti Event GmbH".

Until last year, Sickl sat for the right-wing FPÖ on the municipal council of the city of Graz. He is still active in a preliminary organization of the FPÖ, namely as chairman of the Free Association of Academics in Styria.

1 With smallpox vaccine Imvanex: STIKO recommends monkeypox... 2 High mountains. [Video] Gilles Norotte, surgeon released... 3 Baden-Württemberg: coup against Shapovalov: Otte... 4 Thuringia: Trees infested with parasites do not have... 5 Saxony: Study: Companies use mobile devices for an... 6 Rugby. In November, the XV France will take on Australia... 7 Unusual. Drome: A sheep left stranded on the A7 motorway. 8 Symptoms of schizophrenia: Berlin gunman should be... 9 Strasbourg. Strike of the ENA's last promotion:... 10 Salmonellosis. Paris: A preliminary investigation... 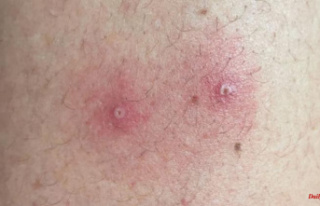