Hesse: Increasing number of people leaving the church in Hesse

On the Christmas holidays, the churches are likely to be full again. 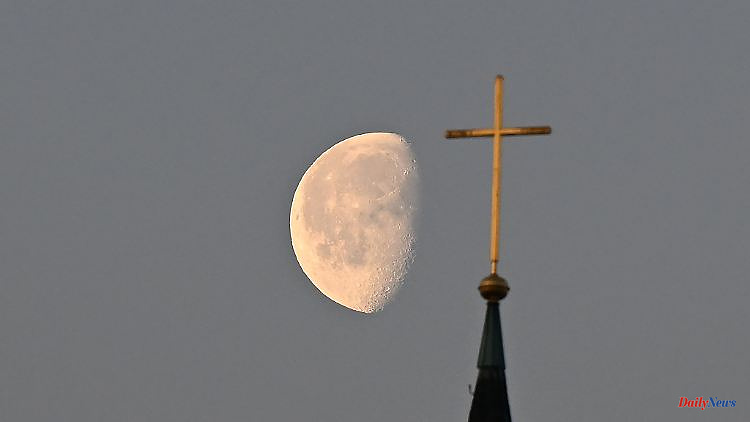 On the Christmas holidays, the churches are likely to be full again. But the picture is not typical of everyday life, on the contrary: thousands have left the church this year. Ascending trend.

Frankfurt/Limburg/Darmstadt (dpa/lhe) - On Christmas Eve, many people like to sing the old Christmas carols in festively decorated churches, in front of the crib and Christmas tree. On normal Sundays, the churches are usually much emptier - and an increasing number of people have turned their backs on the large Christian churches in Hesse by leaving the church. For the churches, this also means austerity measures for the coming years.

Leaving the church does not have to be justified. But at the two Frankfurt plenary assemblies of the Synodal Way, the reform process of the Catholic Church in Germany, employees and laypeople repeatedly spoke of the massive loss of trust, for example due to the scandal of sexual violence against children and young people by priests and church employees and its years of cover-up. But dealing with sexual minorities and sexual morals were also repeatedly cited as motives. Demographic change and the secularization of society are likely to play a role for both major denominations: people who only belong to a church pro forma decide to save on church tax.

According to a dpa survey, there was an increase in people leaving the church in Hesse this year. In the Hessian state capital of Wiesbaden, for example, the number of people leaving the church rose significantly in 2022. According to the city, well over 3,200 exits were registered in Wiesbaden and the suburbs by autumn of the current year. In the whole of 2021, 3095 people had decided to take the step.

The development in Frankfurt was similar. By the beginning of December, 8,556 people had left the church in Hesse's largest city. "That's already more than in previous years," said a spokeswoman for the city. Five years earlier, the number of people leaving the church was 4,850.

The diocese of Fulda also spoke of a continued high number of resignations. The trend continues, according to the press office; Exact figures for this year are not yet available. In 2021, 5,301 Catholics left the church in the diocese of Fulda, more than ever before in one year.

The Evangelical Church of Kurhessen-Waldeck (EKKW) is forecasting a decline in membership of 2.37 percent this year. The trend of previous years continues, explained EKKW spokeswoman Anja Berens. "Over the course of 2021, our regional church lost around 17,600 parishioners. Up to and including October of this year, there were around another 14,800." According to the spokeswoman, EKKW had a total of 734,757 members as of October 31, 2022.

"Of course, the drop in parishioners also means a drop in church taxes, making it more difficult to carry out our tasks for the local people," explained Berens. However, EKKW is not idly watching the decline, but sees it as a challenge. "In view of dwindling resources, we set the course early on, including in financial planning." The resolution of the most recent autumn synod envisages that all church levels contribute to savings on their own responsibility.

The corona pandemic has brought with it an innovation boost for the churches in many respects. The radical interruption of many previous fields of work and processes forced her to look for new ways of preaching, pastoral care, social welfare and education. "So the pandemic has produced new ideas and offers and accelerated changes - from the Christmas service in front of the church door to the baptismal ceremony in the garden." In some places, however, church attendance has fallen and some volunteers have also withdrawn and ended their commitment.

In the Catholic diocese of Limburg, the exact statistics on developments in 2022 will not be available until next summer. "It is clear, however, that we are losing members and are already feeling this clearly today," said spokesman Stephan Schnell. "Among other things, we feel it because we don't participate in the increase in income and wage taxes." In the past ten years, wage tax has risen sharply, but the associated church tax has only increased marginally. "If we adjust this increase for inflation, we have to say that we have lost a sixth of our purchasing power in the last five years alone." This severely restricts the diocese in many areas today.

The diocese assumes that the effect will intensify in the coming years because the "baby boomers" are retiring and thus paying less tax, including less church tax. At the same time, many young people left the Church. "Our head of finance, Thomas Frings, is certain that this will have a negative impact on the finances of the Limburg diocese like a turbocharger," reports spokesman Schnell. "For the management of the buildings in the diocese, this means that we simply can no longer afford many buildings financially. This is already the case in some cases today."

According to the Diocese of Limburg, many parishes have found new formats and ways to reach out to people during the corona pandemic. "We are currently in the process of evaluating and securing what went well and what went less well during the pandemic," explains diocese spokesman Stephan Schnelle. "What is certain is that church attendance has plummeted. We will no longer have the number of services spread out over the year as we did before the pandemic."

The Evangelical Church in Hesse and Nassau (EKHN), with its around 1.4 million believers, is forecasting around 25,000 resignations for the current year, slightly more than in 2021. However, it does not fear any current effects in the coming year. The EKHN has been pursuing a long-term reform process since 2019. A spokesman said that the current expenditure of around 700 million euros would have to be structurally reduced by 140 million euros by 2030. By then, the number of pastoral posts should be reduced from the current 1,200 to 950.

At Christmas, however, the development is likely to be overshadowed by the sight of full churches. "In view of the many crises, people certainly have a longing for encounters, community, for the familiar and an atmospheric service," says Berens. The Limburg diocese spokesman also expected "that the numbers will be high and that we can build on the years before lockdown and the pandemic". 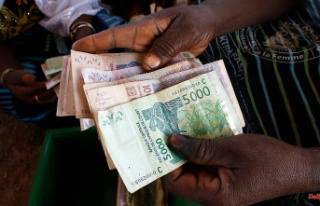 Invest safely in Africa?: "There have been no...