So far, the installation of photovoltaic systems or heat pumps has sometimes failed due to distance rules. 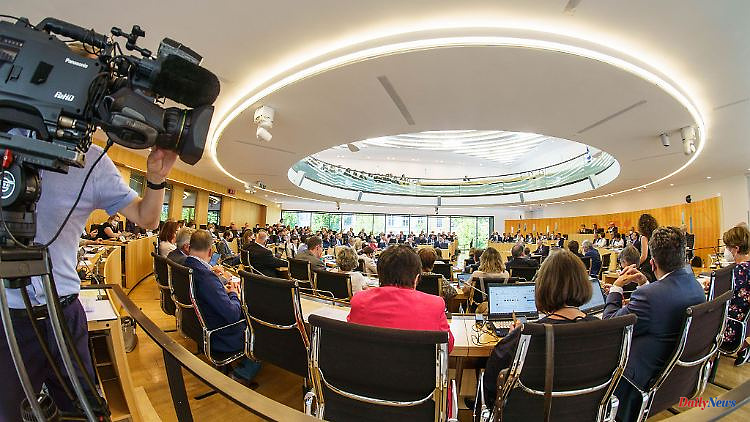 So far, the installation of photovoltaic systems or heat pumps has sometimes failed due to distance rules. These requirements have been relaxed. Large parking lots are to be used for the production of renewable energy.

Wiesbaden (dpa / lhe) - Hesse gets a new energy law. The amendment was passed on Wednesday in the state parliament in Wiesbaden with the votes of the government factions of the CDU and the Greens and after clear criticism from the opposition.

As the Ministry of Economic Affairs explained, the requirements for photovoltaic systems on roofs are being relaxed. Accordingly, smaller minimum distances to the neighboring roofs apply if there is a fire protection wall between the buildings. This should make installation on terraced houses and semi-detached houses easier. Without fire protection precautions, however, the minimum distance of 1.25 meters remains.

According to the law, heat pumps up to a height of two meters and a length of three meters will in future be permitted on the clearance areas of building plots that must be kept free. In order to make the building stock more energy-efficient, the state’s subsidy programs for the energy-related modernization of buildings should grant higher subsidies if the minimum legal standards are exceeded.

The revised Energy Act also stipulates that cities and municipalities with 20,000 or more inhabitants must draw up municipal heating plans. On this basis, the heat supply and the associated infrastructure are to be made more efficient and climate-neutral in the long term, and the energy supply is to be secured. As an example, the Ministry of Economics named the use of waste heat from data centers to heat buildings. The state will support the municipalities financially. According to the ministry, 59 municipalities, in which around half of the Hessian population lives, have to draw up a heating plan.

With the changes, the Energy Act will be adapted to the tightened climate protection goals. Achieving climate neutrality and covering 100 percent of the energy consumption of electricity and heat from renewable sources is now stipulated by the year 2045 and must therefore be achieved five years earlier than previously planned.

The managing director of the real estate owners association Haus

The Hessian building regulations must therefore be supplemented to the effect that heat pumps can only be permitted along the property line if no other location is available on the property. "We also demand that, in the spirit of protecting neighbors, there be an obligation to enclose or comply with certain noise limits," said Ehrhardt.

1 The day of the war at a glance: NATO sees no alliance... 2 DFB disillusionment in the quick check: Oh man (s),... 3 Anger at slow driving: Unknown shoots at Denise Richards'... 4 McConnell remains Senate boss: Trump camp loses power... 5 Still more expensive than gas: Habeck wants to accelerate... 6 Rather not "kicking out the Russians": US... 7 Interview with Frank Sauer: "A ricochet is not... 8 World Cup driver in the individual review: A striker... 9 Offered by the referee: Ball of the "Hand of... 10 Does Hollywood star date 29-year-olds ?: Brad Pitt... 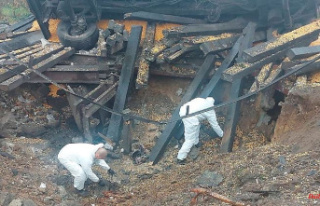 The day of the war at a glance: NATO sees no alliance...