The anti-government protests in Iran are once again experiencing solidarity in Hesse: more than 1000 people are taking to the streets in Frankfurt. 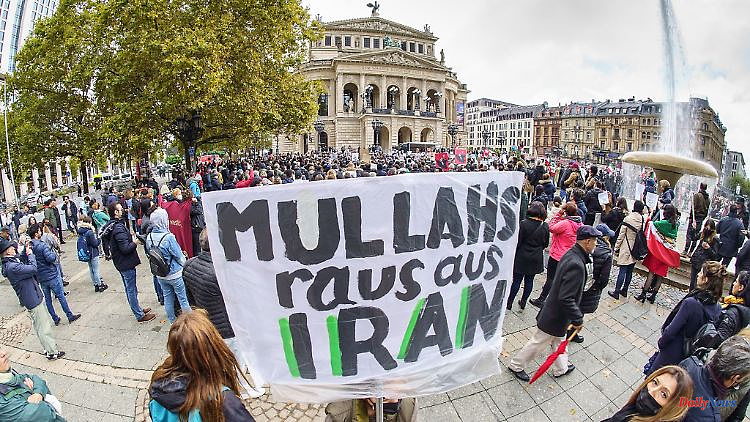 The anti-government protests in Iran are once again experiencing solidarity in Hesse: more than 1000 people are taking to the streets in Frankfurt.

Frankfurt/Main (dpa/lhe) - In Frankfurt, more than 1000 demonstrators showed solidarity with the anti-government protests in Iran on Saturday. According to the police, around 1,000 people took part in a demonstration from Opernplatz to the Iranian Consulate General in the afternoon alone - but only half as many as registered.

Around 30 people had previously taken to the streets on the Römerberg. There the participants chanted slogans like "Woman - Life - Freedom". 500 demonstrators were registered for the rally. According to the police, both events were initially peaceful.

The background to the protest events "Against Murder in Iran" and "Massacre in Iran" in Hesse's largest city is the death of 22-year-old Mahsa Amini in Iran. The moral police had arrested her because of her alleged "un-Islamic outfit". What exactly happened to Amini after that is unclear. The woman fell into a coma and died in a hospital on September 16.

Since then, thousands have been demonstrating in the country against the government's repressive course and the Islamic system. At least 19 people were killed in violent riots in south-east Iran on Friday alone.

1 "This is cruelty": 20 civilians killed when... 2 "Delivery impossible at the moment": Gazprom... 3 Timo Werner shoots Bochum: BVB fails in Cologne, Union... 4 First outing in the HBL: Handball professional Krzikalla... 5 Not willing to kill for Putin: Russian rapper falls... 6 Everyone should get an answer: Since the death of... 7 Bavaria: 78-year-old mushroom picker has to spend... 8 Bavaria: Climber seriously injured when falling from... 9 Bavaria: men rob Oktoberfest guest in front of the... 10 Disclose how animals are kept: Government wants labeling... 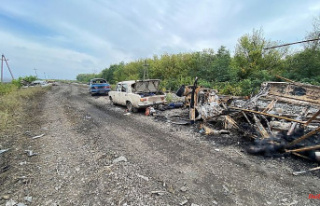