Hesse: Showmen are optimistic about the Christmas business

After two years of the pandemic, the Christmas markets in Hesse open without major restrictions. 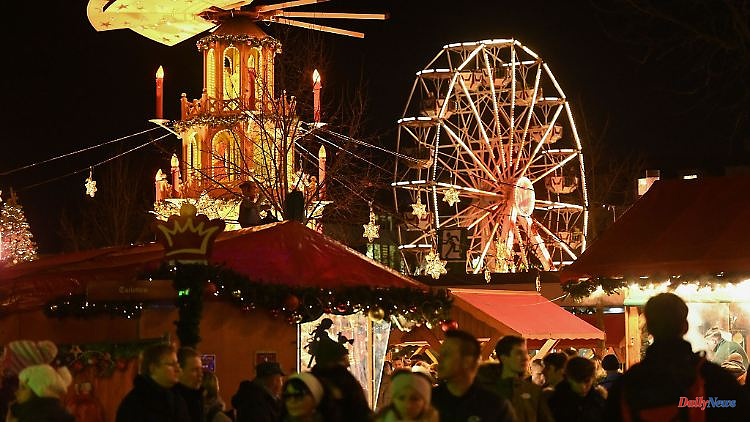 After two years of the pandemic, the Christmas markets in Hesse open without major restrictions. But the high inflation burdens the business of the showmen and women.

Frankfurt (dpa/lhe) - Corona pandemic, energy crisis and inflation: Despite the difficult general conditions, Hessian showmen and women start the Christmas business with optimism. "People will come. They finally want to experience a normal Christmas market again after two years of nothing," said showman Joachim Rodewald from Kassel. The State Association for Market Trade and Showmen emphasizes that visitors to Christmas markets do not have to worry that there could be price increases similar to those for gas or electricity discounts or at gas stations.

According to Roger Simak, Managing Director of the national association, the prices at which manufacturers sell their products to showmen and the like are still high. However, a slight relaxation can now be observed. According to the Federal Statistical Office, the increase in producer prices slowed down significantly in October. They even fell compared to the previous month. "We like to see every silver lining," said Simak.

For most members of the association, however, the reserves have been used up due to the Corona standstill and have not been built up again. "Nevertheless, all in all, we are confident that unreasonable price adjustments can be avoided," explained the association's managing director. In view of the high energy prices, showmen are trying to reduce consumption. In the meantime, almost all lights, spotlights and lamps have been converted to LED technology, Simak reported.

The association's managing director expects that the electricity price increases will probably not fully take hold until next year. "Mostly there are still fixed price regulations, but they expire at the end of the year," he explained. At the turn of the year, a doubling of energy prices had already been announced in some cases.

The Limburg Christmas market at Thorsten Behr's waffle and crêpe stand wouldn't do without a price increase either. "Yes, of course, the inflation rate does not pass us by," he said. The costs of milk, eggs and flour in particular have risen sharply. Therefore, visitors must expect price increases of 10 to 25 percent at his stand. "But I'm afraid to pass the 1:1 increase on to customers," explained Behr. A waffle now costs around 2.50 euros instead of 2 euros.

Even if Behr does not pass all of the price increases on to its customers, it hopes that the Christmas market business will be worthwhile. "I will earn less, but hopefully keep my customers." 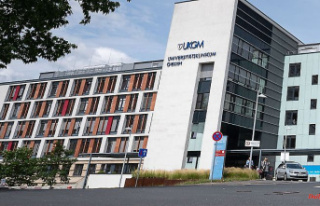