The high rents in university towns have been a problem for students for years. 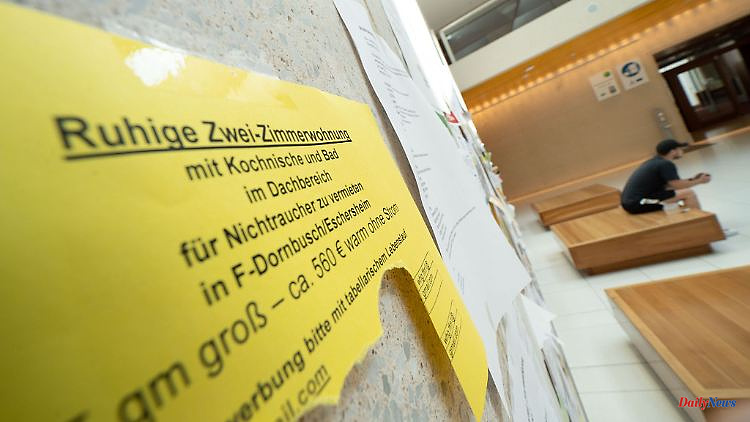 The high rents in university towns have been a problem for students for years. Some manage to get a cheap place in a dormitory. But here, too, the costs are increasing.

Frankfurt/Main (dpa/lhe) - Many students in Hesse will face higher costs in the new year. Not only is food in the canteen becoming more expensive, rents in dormitories are also rising in some cities. "It's the skyrocketing costs in the food and energy sectors that we're currently dealing with," said Brigitte Schwarz from the Kassel student union.

Students in Kassel currently pay an average of 290 euros per month for a room in a hall of residence. The all-inclusive prices already include electricity, heating and other ancillary costs. From January 1st, however, an average of 27 euros more will be due. "This increase results from the foreseeable rise in energy costs," explained Schwarz. According to the Studierendenwerk, around 900 students are currently waiting for a place in a hall of residence.

In addition to the rental prices, the student social security contributions, for example for the student representation Asta, are also to increase gradually in Kassel. They will initially climb from the current 80 to 85 euros in the 2023 summer semester and to 90 euros in the 2023/2024 winter semester. "It wasn't easy for us, since social security contributions were last raised nine years ago," emphasized Schwarz.

In Frankfurt, students will have to pay more rent from next February. According to the Studierendenwerk Frankfurt, rooms in halls of residence will then cost 18.84 euros more on average. Last year, the average rent in the 34 halls of residence was 310.19 euros. The contributions to the Studierendenwerk will also be increased by five euros for the 2023 summer semester. "In all of this, we will make sure that our services for students remain socially acceptable," said Sylvia Kobus from the Frankfurt student union.

In the course of rising energy costs, the Gießen student union has already had to increase rents. Although the basic rent itself was not increased, the flat-rate operating costs were. This rose by around 16 percent. According to the student union, around 92 percent of the 3,425 places in the halls of residence are below the Bafög flat rate of 360 euros per month. "We have made the price adjustments as moderately as possible," explained Eva Mohr from the Gießen student union. The Studierendenwerk in Darmstadt did not provide any information on dormitory rents.

The price increases don't stop at eating in the canteen. In Kassel, students can still get a warm meal for 2.50 euros. "All students should be able to afford a hot meal a day," said Brigitte Schwarz. For students who cannot afford even the cheapest menu, there are free tables - i.e. free canteen meals. "We support with all means available to us." According to the student unions, the prices for canteen meals have also increased slightly in Gießen and Marburg. These are cent amounts.

To curb the constant price increases, the federal cabinet recently introduced a one-off payment for students. Payment is planned for early next year. In addition, a second heating cost subsidy of 345 euros is to follow. This should flow either at the end of the year or at the beginning of next year. According to Schwarz from the Kassel student union, the resolutions are "very welcome relief". "It is not yet possible to foresee whether this aid will also be sufficient in the medium term to prevent study dropouts and existential emergencies." 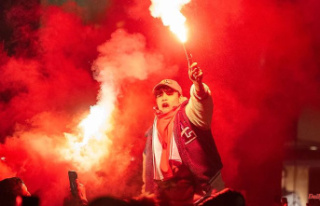