The Ministry of the Interior asserts that swimming pools are by no means a crime focus in Hesse. 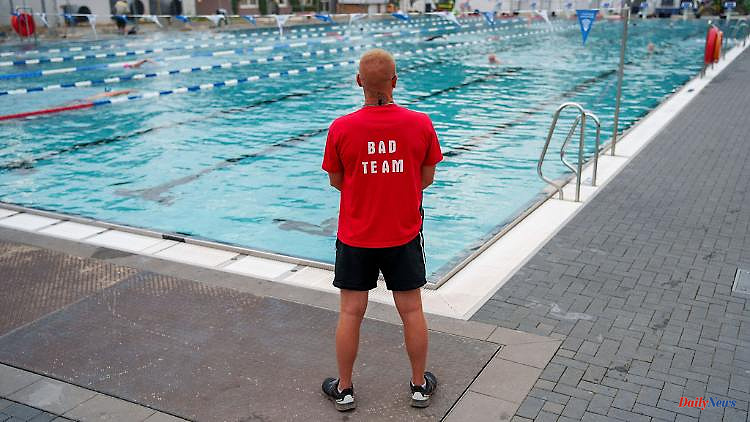 The Ministry of the Interior asserts that swimming pools are by no means a crime focus in Hesse. However, if many guests are expected, some spas now book security services as a precaution.

Wiesbaden (dpa/lhe) - On a hot bathing day in early July, tempers heat up in the swimming pool in Langen in the Rhine-Main area. Probably because of a story of jealousy, several bathers get into an argument, there are lacerations and scratches, the police move in with several patrol cars. Is this an inglorious isolated case - or are there regular problems with aggressive guests in Hessian swimming pools? A random survey shows that some pools are now getting support from security services. However, violence against employees or among guests is more of an exception.

"99 percent of the Hessian swimming pools have this under control," said Michaela Fisseler-Weinrich, chairwoman of the Hessen state association in the Federal Association of German Swimming Champion. "In Hesse, outdoor and indoor swimming pools are by no means a crime focus," said a spokesman for the Ministry of the Interior in Wiesbaden. The number of cases has been declining over the past three years. If swimming pool operators need security advice from the police, they are always available. The spokesman called on all those affected to contact the police immediately in the event of physical injury offenses in swimming pools. This also applies to sexual offenses.

Security guards have been regularly on duty at the Rosenhöhe forest swimming pool in Offenbach for years, as the chairman of the First Offenbach Swimming Club, Matthias Wörner, said. The trigger was a pepper spray attack on a cashier. With the support of the security service, the pool staff would have "everything under control" even on hot weekends, emphasized Wörner. "After all, the pool supervisor has to make sure that nobody drowns." She cannot deal with disputes outside of the pool.

"In the Fulda outdoor and indoor swimming pools, we have been observing for some time that now and then young people and young adults aggressively seek arguments with our staff and/or other pool guests for no reason," explained the press office of RhönEnergie Fulda. "Against this background, we now use external security personnel in our large outdoor pool in Rosenau on sunny days with a large number of bathers." This significantly reduces the potential for conflict.

"Of course, it can also become more hectic and difficult to manage in very full pools," explained the spokesman for Kasseler Verkehrs- und Versorgungs-GmbH, Ingo Pijanka. This applies, for example, to the Auebad, a combined indoor and outdoor pool with a large leisure area. "There we actually have to expel young people from the pool and ban them from the house," Pijanka explained. "In addition, when it is very crowded, we reinforce ourselves with security personnel." However, there were no attacks on employees in Kassel's pools.

A spokesman said there were only quarrels and bullying in one of the five outdoor pools in Darmstadt, to which the city reacted quickly. "In order to ease the situation, a security service will be deployed there at the weekend to keep an eye on the situation and - if necessary - intervene to de-escalate it." The open children and youth work is also active on site with offers for the young bathers.

"Escalating disputes are not an issue in Wiesbaden," explained Thomas Baum, manager of the Wiesbaden baths mattiaqua. "Nor can we see any increase in aggression." Of course, there is always potential for conflict. "However, these correspond to the normal situation that has always existed in swimming pools," said Baum. As a rule, the Wiesbaden baths are operated without additional security services. "Only if it is foreseeable that there will be an extreme rush of visitors, do we deploy security personnel on a selective basis," said Baum. 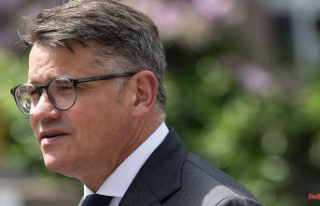