The thoughts of the people who fled the Russian war of aggression are at home in Ukraine. 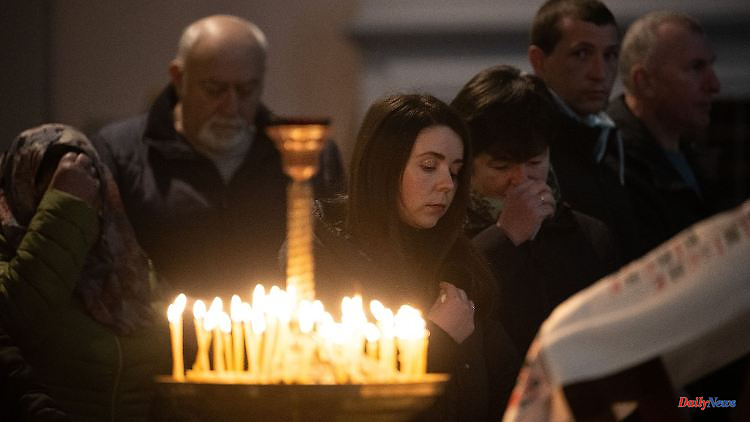 The thoughts of the people who fled the Russian war of aggression are at home in Ukraine. In addition, they try to organize their everyday life in Germany. There are often problems when looking for suitable accommodation.

Frankfurt/Main (dpa/lhe) - Far from home, thousands of Ukrainians also celebrated Christmas in Hesse over the weekend. More than 100 people came to a service in Frankfurt, lit candles and prayed together. "We are experiencing terrible times now. We have to stick together," was his message to the faithful, said the priest of the Orthodox Church in Ukraine, Petro Bokanov, on Saturday evening in Frankfurt. Previously, Bokanov celebrated a service in Darmstadt, on Sunday one was planned in Birkenau (Bergstraße district). According to the church calendar followed in Ukraine, among other places, Christmas Day is celebrated on January 7th.

Christmas is the festival of love, hope and redemption. "This is exactly what we need now in these difficult times of war," Bokanov said. The people who fled Ukraine need help. Part of her heart and soul stayed at home. "It's a deep wound." Many of them no longer have a home, either occupied or destroyed. "The men stayed there, it hurts," said Bokanov, who comes from the Ukrainian capital of Kyiv and came to Germany 25 years ago. He tells of those killed and prisoners from his circle of acquaintances.

Bokanov lives in Mannheim and is a programmer. As a priest he works on a voluntary basis. He celebrates the service in a Catholic church in festive regalia, he has set up icons and covered the desk with a Ukrainian flag. Praying together on Christmas Day moves people, a woman wipes her tears with a handkerchief, a man puts his hand on his heart.

The service means a lot to her, says Lali Davitidze, who fled near Kyiv last year and arrived in Germany in March. "Christmas is hope," says the 48-year-old. Her thoughts are with her family. Her husband is still in Ukraine, her parents in Georgia.

Julia Pitsyk says that the service allows her to experience unity with her country and its people. "I'm in Ukraine with my soul," says the 28-year-old. She is grateful for the support here in Germany. As an interpreter, she helps other refugees with her good knowledge of German. Finding good accommodation is one of the biggest problems, she reports.

This is confirmed by Viktoriia von Rosen from the Ukrainian Coordination Center (UCC) in Frankfurt, which was set up last year by volunteers from Ukraine. Refugees are also helping out here. In addition to help in everyday life and dealing with authorities, there are language courses, handicraft groups for children and cooking together. "Cohesion is very important for people to gain strength," says von Rosen.

According to the State Chancellery, Hesse took in around 80,000 war refugees from Ukraine in 2022. "Access from Ukraine is subject to strong fluctuations," said the Ministry of Social Affairs. A valid forecast for the new year is not possible.

In view of the Russian attacks on the infrastructure in Ukraine, the Catholic aid organization Caritas International said last week that this could force more people to flee. According to the UN refugee agency, almost eight million Ukrainians are living as refugees in European countries.

In view of the "extremely tense" housing market even before the start of the attack on Ukraine, the city of Frankfurt does not expect major improvements in the accommodation of the people who have fled in the new year. The municipality has rented numerous hotel rooms, currently for around 1,500 Ukrainians. Another 300 women and children lived in a hotel at the expense of a foundation, the department responsible said.

Despite problems such as the lack of space, there is currently no other solution in sight, explains a spokesman. Ukrainian refugees are also housed in emergency shelters with open-topped cabins and communal kitchens, around 180 people are currently in Frankfurt.

1 "Unethical" in times of war?: A Russian... 2 "Grain for nutrition": Özdemir calls for... 3 The weather week in a quick check: "Constantin"... 4 "Traitor Child" is looking for truths: What... 5 Escalation of racism allegations: William used secret... 6 North Rhine-Westphalia: motorcyclist falls on the... 7 Hesse: family car catches fire 8 Baden-Württemberg: 81-year-old woman with dementia... 9 Bavaria: Woman crosses the street when it is red and... 10 Bavaria: truck drivers with 3.8 per mille on the road 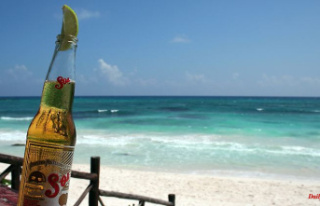