In the coming week, Welthungerhilfe will be 60 years old. 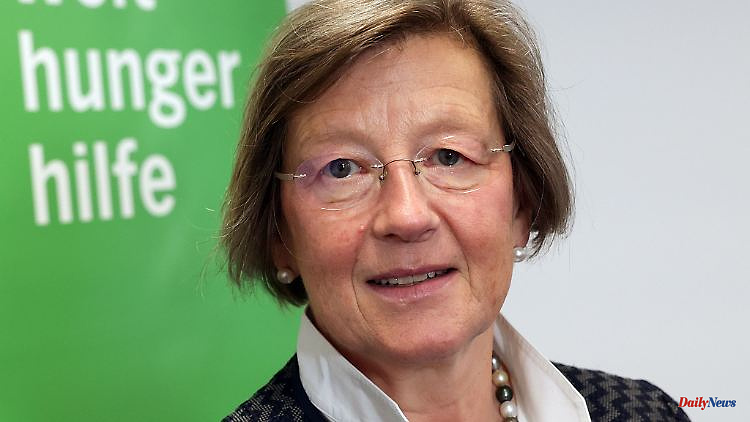 In the coming week, Welthungerhilfe will be 60 years old. However, the goal of a world without hunger has not yet been achieved. The war in Ukraine poses new challenges.

Bad Soden/Berlin (dpa/lhe) - "A dignified life begins with the abolition of hunger," says Marlehn Thieme, honorary President of Welthungerhilfe for four years. The organization that aims to do just that is turning 60 next week. Around more than 3000 employees are active in 36 countries to combat poverty, strengthen food security and provide help for self-help through knowledge transfer. It also provides humanitarian aid, for example after natural disasters.

"Environment, climate change, economic development - these are issues that are important to me," says Thieme, describing what is important to her - not just since taking over the position at Welthungerhilfe. The lawyer, who lives in Bad Soden (Taunus) and Berlin, has headed the German government's Sustainability Council and is active for the Evangelical Church in Germany (EKD). "You also have to take the important results of scientific research into account," she says of the project work done by the helpers, "because the concrete measures have to be checked again and again and adapted to the new living conditions". Climate change and its consequences are already taking care of that.

Every year, Welthungerhilfe publishes the so-called Global Hunger Index - data (GHI) that shows the state of malnutrition, child mortality, wasting and stunting among children around the world. With a value of 18.2, the 2022 index is in the moderate category and has hardly decreased compared to the value of 2014 (19.1). At the presentation of this year's index, representatives of Welthungerhilfe warned of a dramatic global hunger situation. "The world is facing a serious setback in efforts to end hunger," it said at the time. The main drivers of hunger are conflicts, the climate crisis and the economic consequences of the Covid 19 pandemic.

Climate change has "enormous consequences" for the nutritional situation of millions of people, according to the Welthungerhilfe President. Whether it's the severe drought on the Horn of Africa or the floods in Pakistan: "We see that the world is facing enormous challenges." What's more: In the face of acute hunger crises, it is increasingly important to ensure people's survival.

In addition, there are regional conflicts, in which dwindling access to resources such as water or pastureland can also play a role. They bring not only death and violence, displacement and refugee movements, but also new food crises. Because farmers who have to flee from a conflict can neither cultivate fields nor harvest.

"That also destroys a lot of what has already developed in the countries," says Thieme, referring to countries like Mali or Ethiopia with the conflict region of Tigray. In the project areas in Africa one can see "how important peace is for development". Conflicts over raw materials, such as in the Democratic Republic of the Congo, threatened to set back the development of the affected countries.

For a long time, Welthungerhilfe's work, whether with humanitarian emergency aid or long-term development cooperation, focused on the countries of the Global South. In view of the Russian attack on Ukraine, the organization is now active in Europe again for the first time in many years, for example for internally displaced persons in Ukraine or with acute aid for war refugees in Moldova. There is hope that, despite inflation and rising energy prices, there has been no decline in donations for the work of the organization have been identified. "Welthungerhilfe has long-standing donors and supporters who donated significantly more during the Corona crisis and are doing so now, when many people in our country are doing badly," emphasizes Thieme. 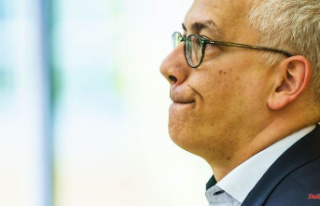