High incidence, high number of unreported cases: starting the summer wave - so what?

The corona summer wave is rolling over Germany, the seven-day incidence is 427, but experts assume a high number of unreported cases. 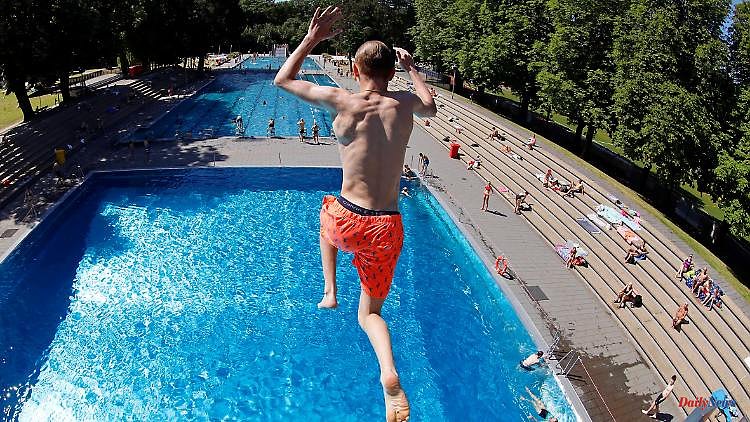 The corona summer wave is rolling over Germany, the seven-day incidence is 427, but experts assume a high number of unreported cases. How dangerous will this wave be? ntv.de asked the parliamentary groups how they assess the situation.

Last week, the current corona wave swept over the attention threshold: in the meantime, the seven-day incidence was 480 and Health Minister Karl Lauterbach warned on ntv of a "real summer wave". The corona virus will not let Germany and Europe catch their breath this summer, as it has in the two previous years. The question, however, is what that means. Because the current virus variant is different from Delta or the original type.

At the moment, the two omicron variants BA.4 and BA.5 have been detected in Germany, with the latter likely to prevail and become dominant in the near future. However, the seven-day incidence has already fallen again. Even with the captain of the team beware, Lauterbach, these viruses do not cause alarm. There is no reason to panic, he said at the beginning of the week on ntv. This summer wave doesn't have to spoil our vacation either.

Lauterbach then announced on Thursday that he and Justice Minister Marco Buschmann would be aiming for key points for future regulations in the Infection Protection Act before the summer break. They could then be decided after the summer. The current requirements expire on September 23. "Winter tires" should be prepared. And it is clear that more is needed than is now raised on "summer tires".

But are the summer tires really enough? After all, according to Lauterbach, four-digit incidences are possible. ntv.de asked the health policy spokespeople how their parties assessed the situation. Conclusion: The Greens see the greatest need for action, the other parties are relaxed in gradations.

"It would be wrong to panic," said Tino Sorge from the CDU. "Many factors give us reason to be optimistic: the vaccination rate is high, and there are also a large number of people who have recovered. Many infections are still mild. There are also no signs of overload in the clinics." As long as nothing changes, it is difficult to justify new restrictions. New waves could hardly be prevented. "It would be wrong to automatically associate new restrictions of everyday life with every new virus variant."

Andrew Ullmann from the FDP was one of the few MPs in his party who were in favor of compulsory vaccination in the spring. Now the doctor is also relaxed. "This increase was to be expected. It is no reason to panic. There is currently no risk of the health system being overloaded." He points to Portugal, where the numbers went up a few weeks ago. There, however, the numbers have not increased "immeasurably". It is already up to everyone to reduce the risk of a serious illness by getting vaccinated. "The moment to debate compulsory vaccination is over. There was no parliamentary majority." What is important, however, is a better vaccination campaign for Covid-19 and flu in the coming winter.

The Greens health expert Janosch Dahmen called for better corona data for autumn and winter from the federal government in the “early start” on ntv. The criticism of the federal government that not enough has been done to this end is justified: "We cannot duck away from this, we have to accept this criticism," said Dahmen. With a view to autumn, it is "very crucial" that precise data can be collected on how heavy the burden in the healthcare system is and how many beds are available: "Not only in the intensive care units, but also in the normal wards. There it is crucial to collect relevant data on a daily basis," says Dahmen.

He had previously called for "legislative measures" to be prepared for the fall in order to be prepared for a possible deterioration in the corona situation. As an example, he cited the obligation to wear masks indoors. In addition, the vaccination gap in the four vaccinations, especially among older people in Germany, must be closed: "We absolutely have to do everything we can to close them over the summer," says Dahmen. He told the "Funke" media group that the summer wave was a "warning signal" in this regard.

Kathrin Vogler from the left calls on ntv.de to continue offering corona tests free of charge. "Especially for the protection of particularly vulnerable groups, such as people who are cared for by relatives at home, there is a risk of a dangerous blind flight." She also fears that a large number of sick leave could endanger "the functionality of the infrastructure".

“It is not only because of the pandemic that healthcare workers are complaining about the massive burden of understaffing and work pressure. That is why we need a strategy for dealing with the pandemic that contains transparent rules that are as uniform as possible nationwide, now and not at some point in the future.” In addition to the free tests, it is “at the top of the to-do list” to be able to reintroduce mask and distance requirements in shops and at events.

Martin Sichert from the AfD sees no danger from the summer wave. "If the federal government is seriously afraid of it now, it shouldn't have decided on the '9-Euro-Ticket' just a few weeks ago. Hundreds of thousands of people travel for hours across the country in crowded trains without a gap and crowd by the thousands on the platforms." , he tells ntv.de. Since Omikron, there have hardly been any serious illnesses. In this respect, there is no risk of the healthcare system being overloaded - which, in his opinion, has not existed in the past two years either. "It's time to completely end the corona measures," said Sichert. The obligation to vaccinate in the healthcare system and in the Bundeswehr should also be abolished again.

1 Capture, understand, improve: These apps help save... 2 "Operation Long Noses": A major war is looming... 3 Maas on Israel and Palestine: Why the Middle East... 4 Green foreign policymaker Schäfer: "What drives... 5 After the visit to Kyiv: praise for Scholz even from... 6 Reactions from Ukraine: "That's Scholz,... 7 "Due to ongoing grief": Sinéad O'Connor... 8 Huge fingerprint sensor: Vivo X80 Pro shows Apple... 9 E-car is not a washing machine: charging at home without... 10 Laptop instead of cinema: when streaming is allowed 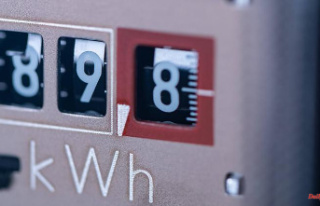