Holidays: a peak of traffic jams at nearly 480 km 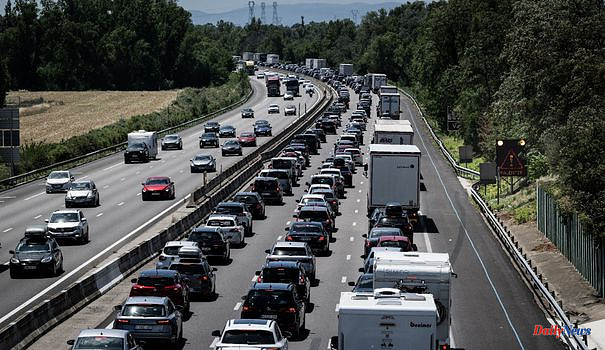 Around 11:45 a.m., 478 km of traffic jams were observed, according to the public service responsible for road information, against 390 km a year earlier.

Only the large central-eastern region is experiencing "very difficult" traffic, classified red, according to Bison Futé, and in particular the Lyon region on the A7, where 78 km of traffic jams were still observed after 4:00 p.m.

On the other hand, on the A10 (Bordeaux-Paris), congested in the morning, and on the whole of the West, "the slowdowns and traffic jams were over in the Paris direction towards the Province", indicated Bison Futé in the 'afternoon.

Saturday, the busiest day of this crossover between Juillettists and Augustians, a peak of 862 km of traffic jams had been recorded in the middle of the day.

The A9 (Orange-Spain) only experienced minor slowdowns in the morning (6.4 km of traffic jams) but Bison Futé predicts that they will get worse during the day.

1 Holiday season: traffic jams on the roads - rail traffic... 2 Royals: Million by bin Ladens: Prince Charles in the... 3 The tug of war over nuclear power - the energy crisis... 4 Formula 1: Verstappen wins in Hungary - Ferrari's... 5 European Football Championship 2022: a summer fairy... 6 Prince Charles: Did he accept money from Osama Bin... 7 Moments in TV history: "Mother gave a wonderful... 8 Energy: The gas levy and the social question: The... 9 Organ donation: A new chance at life - our way through... 10 Motivation: Overly long to-do lists: How to get tasks... 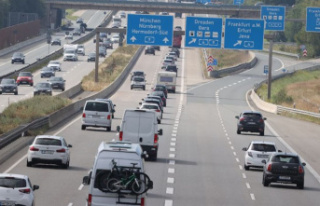