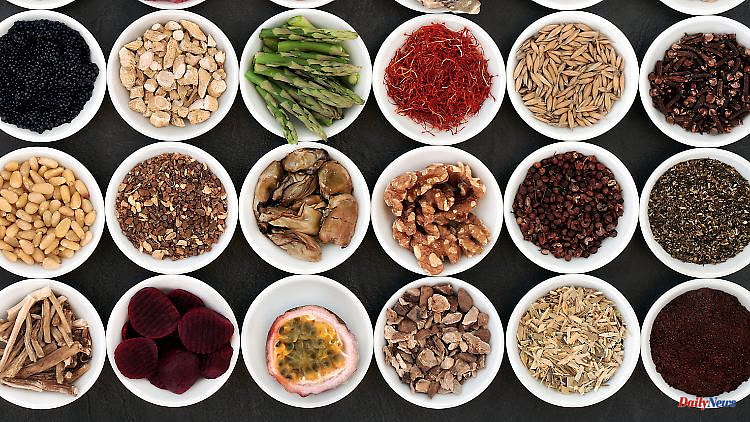 Opium poppies and cannabis - ok. But sage and saffron? The crazy colorful book "Kat Menschiks and the psychiatrist Doctor medicinae Jakob Hein Illustrirtes Kompendium der psychoaktiven Pflanzen" not only has a title that could make you dizzy, it also has surprises in store for our spice rack.

Can plants be evil? If Jakob Hein had had his way, this book would have exclusively dealt with nasty plants like stinging nettles, which he had just messed around with - at least that was the idea with which he visited the illustrator Kat Menschik in her garden. (Because, as he admitted at the book launch on Radioeins, he was jealous of Menschik's great "Tierbuch" with Mark Benecke and really wanted to publish one with her.)

But Hein couldn't land with Menschik with plant bashing - the enthusiastic and gifted gardener loves all plants equally. And tomatoes in particular - her "Tomato Book" was only recently published and a few years ago her gardening book "Der goldene Grubber". However, they quickly agreed on a book about psychoactive plants. Since Jakob Hein is not only an author, but also a psychiatrist, he was able to contribute a lot - and during his research he quickly realized how unmanageably large the number of plants is that can be described as psychoactive.

Man has always and everywhere tried everything and put himself in a state of intoxication or other states in every imaginable way - parts of plants were boiled, ground, fermented or treated in some other way and then eaten, drunk, sniffed, sniffed and whatever else can still draw in substances. And why? Because it "bangs", wakes you up or makes you dizzy, increases sexual desire or potency, stimulates or calms you down, changes your perception or takes you to completely different states of consciousness. Some plants even have an effect on animals - the plant known in German as elf or sockflower is called horny goat weed, at least in English.

Hein has made a small colorful selection from this great abundance and at best only marginally mentioned the "usual suspects" such as cannabis. Although there are also the everyday drugs alcohol (from all kinds of plants) and tobacco and the well-known absinthe, the "green fairy", he has chosen the plants that you would not expect in the series, whose psychoactive effects surprise non-experts . One should therefore not expect lexical completeness in the little book - otherwise one could fill volumes with it.

Although "The Flowers of Evil" by Charles Baudelaire ("Les Fleurs du Mal") made it into the book, his poems are not really about plants, but about "a world without God and without hope". In the true sense of the word, however, according to Hein, one could easily put together a bouquet of flowers that was beguilingly beautiful and at the same time full of deadly poisons: from the harmless-sounding cyclamen to gold lacquer and forest bells. Bad flowers then somehow.

The spice cupboard at home also has a lot that not only makes food tastier and more interesting, but can also influence the psyche - sage, for example, which can lead to hallucinations, or nutmeg, saffron - or hot paprika, chili: contains a lot of capsaicin , this can lead to a "pepper high", a kind of chili trip. As always, the dose makes the poison - what spices up in one quantity or also heals as a medicine can have a clear effect on the psyche in the other quantity. Jakob Hein tends to dampen expectations with one or the other plant: Some things are imaginary or the effect you expect just happens: "Nobody consumes three whole nutmegs and doesn't feel anything afterwards, so you greet the one that starts with joy effect than the hoped-for intoxication."

"When the text sobers you up," said Hein at the book launch, "the pictures of the plants make you high" - because Kat Menschik broke pretty much every rule with the illustration, as she said: the brightly colored graphics in six real colors, which then Mixed colors result, spill wildly over the pages, sometimes even over the text; they also do not necessarily always belong to the plant that the respective page is about. So here too: not at all lexical. And where it was very black in the animal book with Mark Benecke, there is no black at all here, that was important to Menschik: even the letters are purple.

"More is more" is - despite all the textual summary - at least graphically the motto of "Kat Menschik and the psychiatrist Doctor medicinae Jakob Hein Illustrirtes Compendium of Psychoactive Plants". It is one of the "favorite books" published by Galiani Verlag - a series of small-format volumes, illustrated by Menschik, elaborately designed, exceptionally beautiful. These include Volker Kutscher's "Moabit" and "Mitte" from the "Babylon Berlin" environment or the above-mentioned "Kat Menschik and the biologist Doctor Rerum Medicinalium Mark Benecke's Illustrirtes Thierleben" and "Tomatoes". Each one is a little optical intoxication, guaranteed without a hangover afterwards. 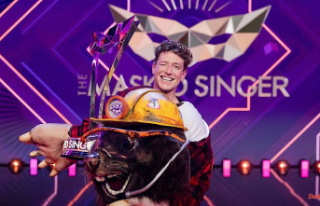