100 years ago, the Irish civil war began with violence in central Dublin. 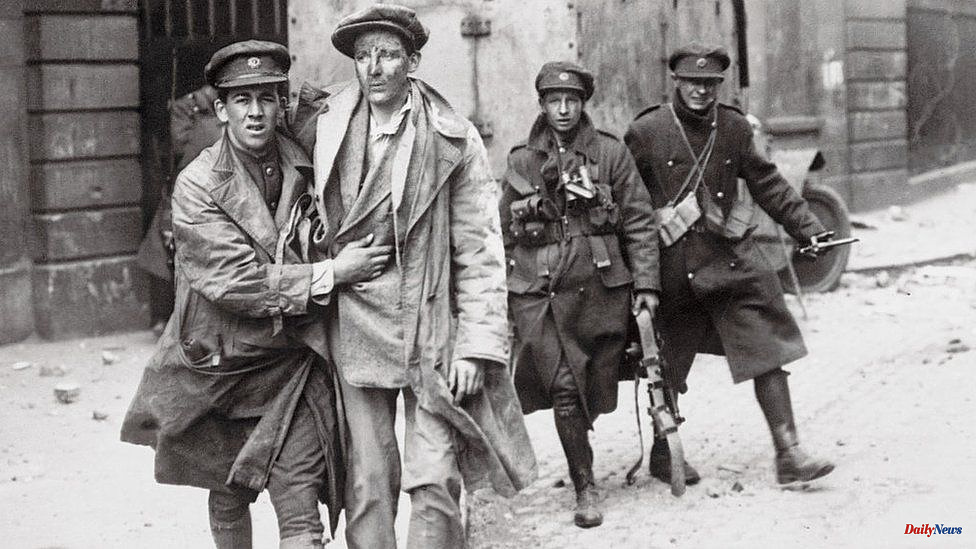 100 years ago, the Irish civil war began with violence in central Dublin.

Six months prior to the signing of the Anglo-Irish Treaty with the London government, republicans were divided, leading to fighting in Ireland.

The dispute reached its climax at Dublin's judicial headquarter, the Four Courts, on 28 June 1922.

Two months prior, the building had been occupied by forces opposed to the treaty.

After a heated standoff, the new provisional Irish government gave the order to pro-treaty forces to attack the Four Courts.

It was the beginning of a civil conflict that would last nearly a year. It also led to hundreds of deaths, including Michael Collins.

He was the chairman for the provisional government. He had led the Irish Republican Army through the war against Britain (1919-1921).

He was part the Irish delegation that signed the December 1921 peace treaty with London.

This agreement resulted in the establishment of an independent Irish Free State.

Eamon de Vallera and other opponents of the treaty felt that it didn't go far enough. It didn't end the division of Ireland and it did not provide complete independence.

It kept Ireland in the British Empire, with an oath to the king.

Arthur Griffith, the founder of Sinn Fein, and Michael Collins were two of the main supporters of the treaty.

They claimed that it significantly eased ties with Britain, and provided a path to full independence and the reunification of Ireland.

When the treaty was up for vote in January 1922, it was obvious how deep the republicans were divided.

It was approved by seven votes, 64 to 57, in Dublin's Dail Eireann parliament.

Within six months, the dispute was descended into violence. A civil war was therefore inevitable.

Prof Marie Coleman, an historian, claims that it wasn't.

She stated that it wasn't unavoidable for the Dail to split on the treaty in January 1922, as it was only a politically motivated split.

"Once the IRA was split, and there were two opposing military factions to it, then some kind of military confrontation became more likely, if certainly not inevitable."

The war was ended by the pro-treaty forces defeating their opponents in May 1923.

Professor Coleman says, "The best estimate that we have is that over 1,000 people died."

"This is counting soldiers of the Irish Free State Army, the anti-treaty IRA, and civilians, as well as politicians who were targeted."

Michael Collins was shot in County Cork, August 1922. This was the most prominent killing.

It was the untimely death of Sir Henry Wilson, an Ulster Unionist MP, that triggered the civil war of June 1922.

London's government blamed the shooting on antitreaty republicans, and put pressure on Ireland's provisional government for an end to the Four Courts takeover.

The military operation to retake control was successful within days. However, there were months of violence in Dublin and elsewhere.

The treaty didn't just divide politicians and the IRA; in some cases, families were also divided.

Even after the conflict was over, politics in Ireland was still shaped by the civil war. There were opposing parties that reflected the divisions created by the treaty.

Fianna Fail was born out of the antitreaty faction, and was founded by Eamon De Valera.

Fine Gael was the primary political home of those who were in favor of the treaty.

Fianna Fail was seen to have ended so-called civil warfare politics. Fine Gael and Fianna Fail agreed to share power for the first time in 2020.

The treaty that led to civil war was signed December 1921. However, it was not formally recognized until one year later when the 26-county Irish Free State was officially established.

The unionist-controlled government of Northern Ireland was offered the chance to join the new state, but chose not.

An Irish border commission was established to examine the situation, but no changes were made.

Listen to BBC Sounds' podcast series Year '21 to learn more about the 1921 partition of Ireland.

1 Trucker admitted to ramming HGV into East Kilbride... 2 Trefynwy: Dyn wedi marw ddyddiau ar ol ymosodiad honedig 3 "I'm a Rasta. I'm British. I'm... 4 Staring at public transport: "His eyes were fixed... 5 Earthquake relief and women's rights: US officials... 6 "On the brink of bankruptcy": Stadtwerke... 7 "It was quite embarrassing": Nupes deputy... 8 Pollution of rivers in England is enough for Queen... 9 National Housing Council validates the "rent... 10 The government proposes to limit rent increases at... 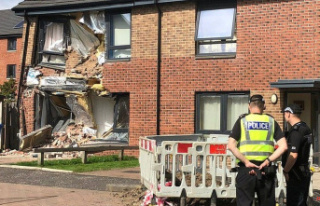