"I'll collect it tough": Harald Schmidt gets a tiny pension

Harald Schmidt said goodbye to television eight years ago with his late-night show, but that doesn't mean that he doesn't follow current developments very closely. 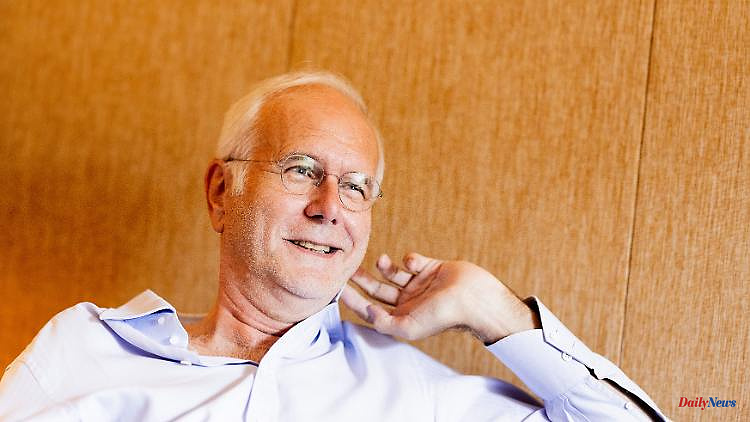 Harald Schmidt said goodbye to television eight years ago with his late-night show, but that doesn't mean that he doesn't follow current developments very closely. His topic weighting is sometimes different than in most media. In an interview with the German Press Agency, he talks about his measly pension, the traffic light government, the coming winter, his 65th birthday and the brave new Tiktok world.

You are now playing Ludwig XV in Vienna. - and sing too?

How did that come about?

Volksoper Wien, you don't have to convince me that much. And Vienna is a totally theater-crazy city.

I stay out of it completely. I'm a guest. You have to live there, you have to have grown up there to have that in your DNA, otherwise it's so much bubbling from outside. What I don't do at all is talk negatively about German politics abroad. I think that's a poor character performance if you do that.

The German chancellor probably doesn't give you much anyway.

I think the government does its job more or less well. I mean: the store is running and the rest is up to the excited people sitting on the talk shows. I'm not going there. I do not go into these holding tanks where the humiliated and offended sit. I only go where I am the only interlocutor.

Just like the chancellor. After all, he is only interviewed individually by Anne Will.

Yes, although, I was surprised: Scholz was recently in a round with Maybrit Illner. But actually, you know where to go on your own and where to make your statement without being bothered by questions.

In any case, Scholz is more present on the talk shows than Merkel.

He has to go in there because the situation is extremely difficult now. There are several construction sites: the war, the economic situation, inflation, will the gas be turned off? I have no idea how his media and press advice works there, but he is more often present than he used to be and certainly more than Angela Merkel.

Robert Habeck is the real star of the government?

Currently yes. He's very popular in the media at the moment. But that can change quickly, as we know.

Your time was that of Chancellor Gerhard Schröder.

Yes, that was a completely different situation. The media landscape was different then. They didn't have any internet yet. There were no smartphones yet. It was just getting started. You didn't have the constant presence you have today, back then.

Was politics more entertaining back then?

Oh, that's like saying: football used to be closer to home. I don't care if a player is homebound. If the sheik pays him 300 million, why not? I need to grapple with the current date. And then I noticed: the chancellor has just held his first press conference after the summer holidays, and there are a lot of new packages coming. I like the expression: packages! It's just quickly forgotten. For example the Easter package that Robert Habeck put together for us - I don't remember what that was anymore. In the past one would have said: debts. Today: special fund.

The Chancellor wants to reduce the fear of the terrible winter. One has never feared a winter so much as the coming one.

I don't think you're afraid of that. It is said to be afraid. The media is desperate that people aren't scared enough. When I see people in street surveys, they say: "Well, we'll wait and see. I'll just slow down a bit. Compared to other countries, we're doing fine."

You think people aren't all that scared?

no I definitely learned that: There is a huge difference between the media excitement that is being spread and the population. They may find that things are getting more expensive or that refueling is becoming more expensive. But at the end of the day, the population is far less excited than the media would like it to be. My favorite nonsense is the phrase, "The nation is talking about it."

Take a look at the beer gardens, take a look at the street cafés: my generation, big sundaes! Many are already on the electric wheelchair because you no longer have so much control over your joints. Of course I already hear the objection: "There are only a few, but the little mother!" That is certainly correct. For me, the topic of the future is demographic change. boomers More and more retirees, fewer and fewer who pay in. That's going to be a huge topic, and many packages have to be put together.

When are you ready to retire?

I think I still have eight months. Born in 1957. Most of the time I was a freelancer. But I paid in full for 15 years to get a mini-pension. When I was at the theater and still today when you work for ZDF, you have to work on an income tax card. I'm also a member of the Bayerische Versicherungskammer, which is a useful institution for actors, because in my line of business many people get confused with the terms gross and net.

Do you already know how much you will get?

Current status: 272 euros. In earnest! I'll collect that too, I've paid in, I'm entitled to it. That's not alms, that's a deal I made with the state. Bring it on!

... that you played the piano at Helmut Markwort's birthday in Munich.

Oh, Bosbach was there too? Yes, I played piano and did a little bit of stand-up. That was a great party. Five hour program, I thought, "Oh, that's long", but it totally worked because it was effortless. All the people went up there with the number: I'm doing this for Markwort. It was Gunther Emmerlich, Vicky Leandros, Katja Ebstein, that was really great. Everyone who was on stage could do something.

Do you also have such a big celebration for your birthday?

no I'm throwing a surprise party.

I don't know yet whether I'll surprise my guests or my guests will surprise me. But I definitely sent out this "Save the Date" ten years ago.

So the party won't be that big?

I don't know that. It may be that we only do a small table fireworks as part of "We all have to save". "Rhein in Flammen" doesn't work because there's no water.

There is a big retro wave on TV at the moment. You don't plan anything?

Maybe someone will ask you.

Yes, but Tommy never stopped. Tommy was always there for his audience, while I really only do something very, very, very sporadically. I also think that I'm not interesting for the broadcasters.

The Boomers would be back for sure.

Yes, but for me the whole thing ended in a great arc. I'm back on stage now where I came from and it's absolutely fantastic for me. I don't have to agree with anyone.

Can you explain where this wave is coming from?

The retro wave? Probably a certain desperation. I don't know anyone under 20 who still watches TV. The two minutes that are of interest are shown on the mobile phone.

Are you connected to the Tiktok world through your children?

Yes. I know roughly what Tiktok is. I also know that they are no longer on Facebook. But since I'm nowhere anyway, it doesn't really matter to me. 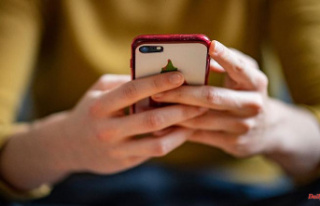