What does Joachim Löw actually do? The former national coach can occasionally be spotted as a spectator in Germany's stadiums, but his future as a coach was uncertain. 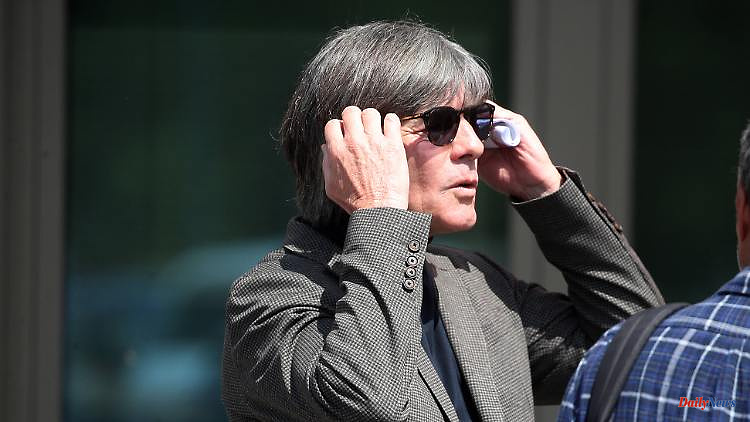 What does Joachim Löw actually do? The former national coach can occasionally be spotted as a spectator in Germany's stadiums, but his future as a coach was uncertain. Now Löw is really letting on for the first time that he could soon take a seat on the coaching bench again.

Former national soccer coach Joachim Löw could return to the coaching bench in the foreseeable future. "There are some inquiries, one or the other offer that I'll be dealing with in the next few weeks. No decision has been made yet," said the 62-year-old on the sidelines of the DFB Cup final in Berlin on Sky.

The world champion coach is flirting with a job as a club coach. "I would love to train a club again. That would be fun for me," said Loew. He sees a commitment as a selection coach as problematic: "Once you've been the coach of Germany, it's of course difficult to find something else as a national coach somewhere else that's adequate," said Loew. From 2006 to 2021 he was national coach, before that he was assistant coach of the German national team for two years under Jürgen Klinsmann.

Former national player Bastian Schweinsteiger, who became world champion with Löw in Brazil in 2014, said on ARD: "I don't know if he's interested in the Bundesliga, but he could certainly help one or the other club from the Bundesliga." Several clubs in the Bundesliga are currently looking for a new coach. However, it can be assumed that the name Löw sounds even more enticing across the border than in Germany, where the national coach's tactics and leadership were torn apart in several tournaments.

Most recently, Turkish media had speculated about Löw's possible return to the Istanbul club Fenerbahce. World champion coach Löw coached Fenerbahce Istanbul in the 1998/99 season and then also coached Adanaspor in Turkey.

1 The day of the war at a glance: Heavy fighting in... 2 Women's Champions League: Olympique Lyon creates... 3 Trump, on the other hand, is not affected: Russia... 4 Defying a deficit and a man down: RB Leipzig wins... 5 Cup off, further, scorer: The man who lost the cup... 6 Offer for wind power subsidiary: Siemens wants to... 7 Checking out the historic final: There are tears on... 8 The historic final in check: There are tears on the... 9 Several countries report cases: Berlin expects further... 10 "Build up political pressure": Ex-ambassador... 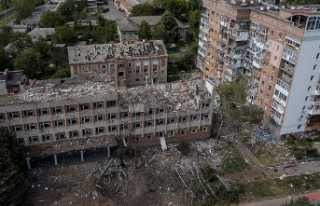 The day of the war at a glance: Heavy fighting in...