Katharina Gerhardt is actually an actress herself - with small roles, for example in "Tatort" or at GZSZ. 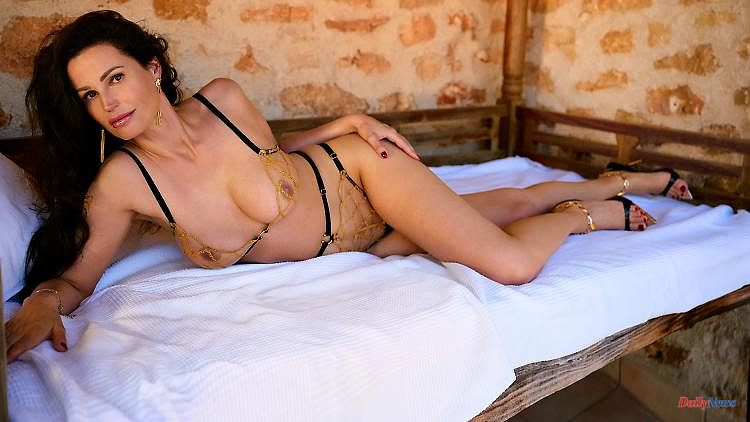 Katharina Gerhardt is actually an actress herself - with small roles, for example in "Tatort" or at GZSZ. She is also known as the ex of comedian and "Hausmeister Krause" actor Tom Gerhardt. Not only he should make eyes when he opens the "Playboy".

For eleven years, Tom Gerhardt mimed the title character in the comedy series "Hausmeister Krause – order must be". He is also married in the fictional format - with Elisabeth, played by Irene Schwarz. But in real life his heart beats for someone else at the time: his then wife Katharina, who took his last name but was born Katharina Beissel as the daughter of the conductor Heribert Beissel.

The two were married from 2003 to 2008 - in the middle of the great success of "Hausmeister Krause". But then the marriage falls apart. Katharina Gerhardt has only retained her last name and the dubious honor of being "the ex of". In fact, she is also an actress herself. For example, she had smaller roles in "Tatort", in the stupid film "7 Dwarfs - Men alone in the forest" or in "Gute Zeiten, Schlechte Zeiten" (GZSZ).

The 43-year-old is definitely going to make it big in "Playboy". For the October issue of the magazine, she dropped all the covers. And of course she combines that with a clear statement: "My message is: You're never too old to feel sexy. Never stop dreaming and don't let anyone tell you that you can't do something."

She makes no secret of the fact that she still has a few dreams professionally. "I would like to play a role in which I go to my limits and beyond. Like Leonardo DiCaprio in 'The Revenant'. Where you can say at the end: I survived the shooting," reveals the native of Bonn in " Playboy" talk. She could also imagine herself playing the "Tatort" commissioner - "but a fun one who likes to eat, drink, laugh and have sex. That would be something new."

When it comes to her failed marriage to Tom Gerhardt, who is 21 years her senior, she doesn't mince words either. "I was young and immature, he was old and immature. Together it was a huge catastrophe," she admits. But not only her divorce was "probably the funniest and shortest that has ever existed". The couple is still on friendly terms today.

The fact that her ex can now see her in "Playboy" does not bother Katharina Gerhardt, as she assures in another interview with the "Bild" newspaper. "It's nothing he hasn't already seen," she explains there.

The actress doesn't seem to have any problems with her self-confidence anyway. "I'm really lucky with my breasts," she says in the "Bild" interview. Nevertheless, it is "an accolade for a woman" to have even made it onto the "Playboy" cover like her.

The only thing missing is the right partner at your side, right? "Actually, I'm never looking, I'm always on the run," explains Katharina Gerhardt. However, she is currently "very happy" and hopes to "stay so". She does not reveal whether this has anything to do with a man. Only that a youngster wouldn't have a chance with her, she blurts out. "I would be afraid that I would spontaneously get milk," she only gives hope to the older people. 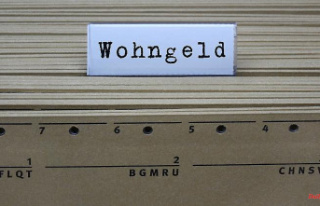 If the rent is not enough: Who gets housing benefit?