"I pray every day": Dieter Bohlen gives a deep look

There can only be one. 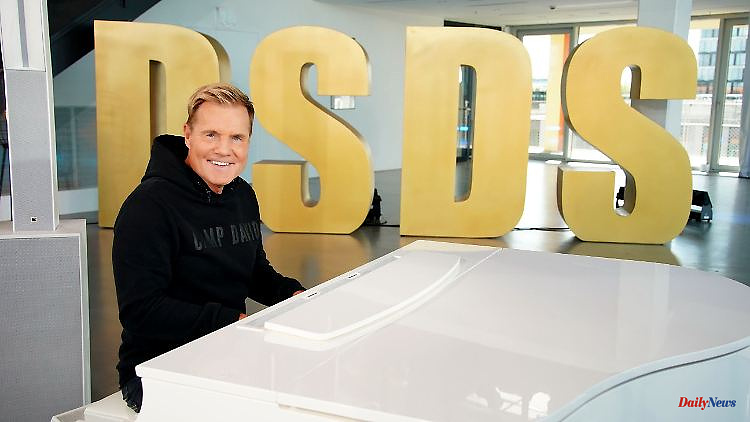 There can only be one. And so we see Dieter Bohlen back in office and honors as the chief judge of "Deutschland sucht den Superstar" on RTL from January 14th. In a preliminary interview, he makes no secret of how much he is looking forward to it. At the same time, he expresses himself more privately than ever before.

Fans of "Deutschland sucht den Superstar" (DSDS) have two reasons to celebrate when the RTL show returns to the screens on January 14 at 8:15 p.m. On the one hand, the successful format is celebrating an impressive anniversary with its 20th season. On the other hand, the only true chief judge returns to his original place of work: Dieter Bohlen.

"I'll be honest, I had goosebumps on the first day," reveals the "pop titan" in an extraordinarily open-hearted preliminary interview about his comeback. "DSDS and 'Supertalent', these are my children, for whom I really did everything for 18 years," he explains his attachment to the RTL formats, from which he apparently had mentally said goodbye two years ago. When asked if he expected his return, he answered with a laugh: "Not me, but my friend Pietro Lombardi!"

The DSDS winner from 2011 is also the first person who thinks of Bohlen when asked who he has grown particularly fond of over the years in business. Lombardi will complete the DSDS jury in the anniversary season together with singer Leony and rapper and influencer Katja Krasavice. This could also influence the direction in which the candidates are evaluated. "In terms of outfit, you can no longer surprise me, since my fellow juror Katja is beyond all normalities," explains Bohlen, looking at Krasavice's revealing style. "I pay particular attention to the voice," he adds, adding in retrospect: "And there were people who also surprised me because of their personality. Mark Medlock, for example."

However, Medlock is far from the only positive memory Bohlen associates with the show. "There were thousands of beautiful moments thanks to DSDS. It's always that moment when a new candidate comes to the casting and besides this sparkle in her eyes she still has all her dreams. That's just nice to see," he explains.

Bohlen does not want to leave his image as a jury member without mercy. "I know people often say I'm too tough, but I honestly believe these are people who have no idea about the business. The business is much tougher!" He defends himself. Of course, criticism can also be packaged differently. But: "If shit just describes everything that's on offer, why should I beat around the bush for a long time?"

As far as his own handling of criticism is concerned, Bohlen doesn't make a murder pit out of his heart. "It's okay," he replies when asked about his stubbornness. "I don't want to lie. I need ten minutes and think about it." The rest of his tongue-in-cheek answer then sounds like a typical Bohlen saying: "To be honest, that happens so rarely, I don't know anyone who criticizes me. Except for my children, of course, who are non-stop."

The father of six does not only talk about his children in the RTL interview, he also gives a few intimate insights. "I'm a pathetic cook, I'm a loser in the household, I can't do anything," he says, for example, and admits that he is "simply untalented" when it comes to crafts. Even as a gardener he is "a zero". At the same time, he reveals that he has a good knack for financial transactions: "One thing is to make money, the other is to keep the money and increase it." It couldn't hurt "if you look through it a bit".

One of his positive qualities is that he is "cross-loyal," says the 68-year-old, who has been in a relationship with girlfriend Carina Walz since 2006, and elaborates: "My mom would say my best quality is that I'm so caring take care of the family and am such a nice person. What Carina appreciates about me is that I'm clever and a reliable partner."

Bohlen is also certain that he has a good knowledge of human nature, although he has already been ripped off in life. "Especially with women, when the brain didn't work that way, I didn't always go the right way," he admits with a laugh.

"I didn't invent patience," comes to mind as a negative character trait. And further: "I'm too emotional about some things and I want everyone to take things as seriously as I do."

This statement by the "pop titan" may come as a surprise to some: "I am evangelical and pray every day." He rarely goes to church, "but if the opportunity arises, I'm happy." In doing so, he regularly demonstrates practical charity in his everyday life: "I pay for the groceries of every grandma who stands in front of me at the bakery. They order three rolls and a piece of apple pie for the afternoon, and if you tell them, 'I'll pay for it right away with' - that look, so incredulous and grateful, I like that a lot."

As far as his own view of the future is concerned, Bohlen is relaxed. "Actually, I've achieved everything. The only wish, my mom always tells me, is that I stay healthy," he blurts out. His announcement that he would go on tour for the very last time in the spring was "not a gag," he assures. However, that doesn't mean he's retiring. "But then I'd rather do other things." Maybe even a new DSDS version for seniors? "Oh yes! I've even suggested that before. Just one show … grandmas and grandpas can audition Dieter, that would be a good format!" Says Bohlen, without clarifying how seriously he means it.

But now it's time for him to get ready for the regular DSDS anyway. It starts in ten days! 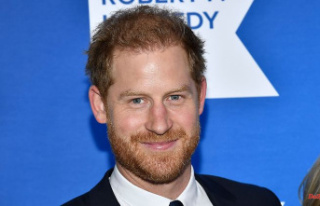