In a bathrobe on the red carpet: Kardashian defends appearance in the Monroe dress

It was the eye-catcher at the Met Gala - and at the same time the excitement. 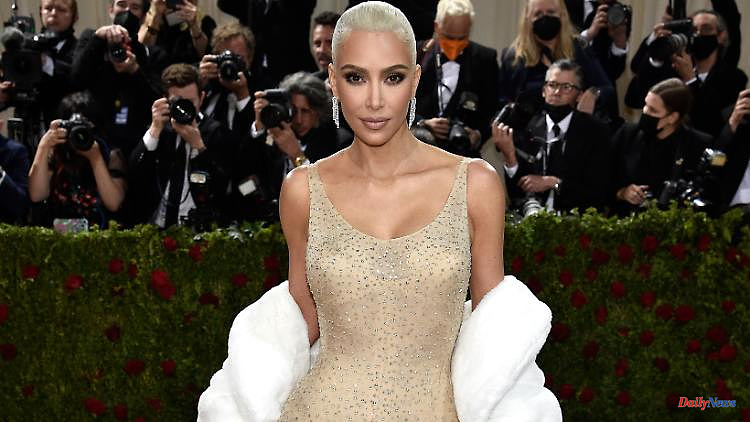 It was the eye-catcher at the Met Gala - and at the same time the excitement. Kim Kardashian donned the famous dress in which Marilyn Monroe breathed "Happy Birthday" to President John F. Kennedy for the occasion. Now she is defending herself against allegations that she damaged the robe.

See and be seen - that's the motto at the Met Gala every year. This time it was Kim Kardashian in particular who drew attention. Finally, she threw herself into a very special robe for the occasion.

Following her performance in the gown, Kardashian faced allegations that she damaged the historic garment. Scott Fortner, who maintains the world's largest private collection of Monroe's personal belongings, posted several photos of the dress to his Instagram account, The Marilyn Monroe Collection, in mid-June. You should show the glittering piece of textile before and after the Met Gala. According to this, some crystals are said to be missing, others only hung on a thread. In addition, the fabric around the zipper was torn, according to Fortner.

Kardashian has now responded to the allegations on The Today Show. When asked if the dress was damaged, she clearly denied it. Ripley's private museum which owns the dress and they would have worked well together. "There were helpers in gloves who put it on me," says Kardashian.

A whole "process" took place behind her appearance, she also asserted. "I came down to the red carpet in a bathrobe and slippers, put the dress on on the carpet below and went up the stairs. I wore it for probably three or four minutes and then I changed right at the top of the stairs."

Ripley's had previously denied the allegations. "We can safely say that Marilyn Monroe's famous 1962 'Happy Birthday' dress was not damaged in any way," said the museum, which bought the gown itself in the run-up to the Met Gala.

She respects Monroe and understands how much this dress means to American history, Kardashian now underlined on the "Today Show". "Since the theme of the gala was American, I thought, 'What's more American than Marilyn Monroe singing happily to the President of the United States?'" she explained, adding, "I saw it as a role. And I wanted this one Definitely wear the dress. It was really important to me."

Kardashian said she lost several pounds to show off the dress. "I've actually learned a lot about my lifestyle and my health." Since then she has continued to eat very healthy. "I've lost 20 pounds now. I'm not trying to lose any more weight, but I have more energy than ever," Kardashian explained. You now leave out a lot of sugar and junk food. "I just completely changed my lifestyle." 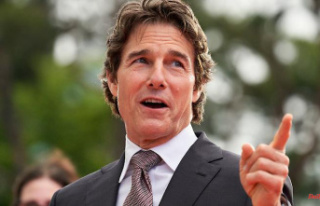