There are journalistic works that should be read, welcomed, and shared, above all, with as many people as possible… all the more so in times of war, when the confrontation also takes place in the field of communication 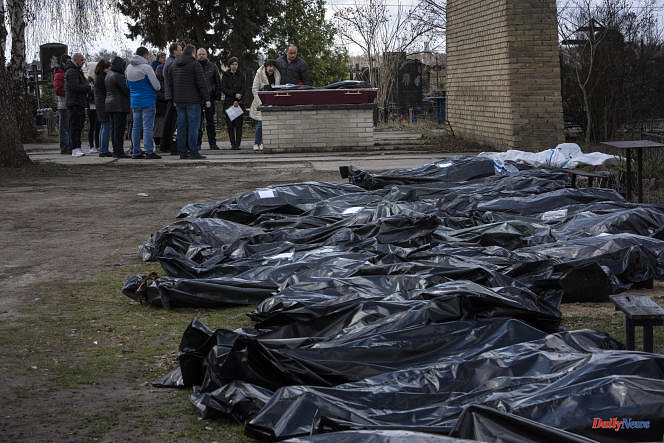 There are journalistic works that should be read, welcomed, and shared, above all, with as many people as possible… all the more so in times of war, when the confrontation also takes place in the field of communication. The New York Times large format devoted to the Boutcha massacre is one of them.

In a long article, written by Carlotta Gall and enriched with photos by Daniel Berehulak, the American daily documents the crimes that were committed in this city located northwest of kyiv, where very many bodies of civilians were found after the withdrawal of Russian troops at the beginning of April. "We traveled to Boutcha, documented dozens of civilian killings, interviewed numerous witnesses, and followed investigators there to take stock of the atrocities committed by the Russians," the newspaper announces, under three full-width photos, of a corpse, a building blown up and a mass grave.

“Boutcha is a landscape of horrors,” warns the article, whose authors also report the crimes on a map, showing that these were perpetrated throughout the city. “Evidence shows that the Russians killed indiscriminately and sometimes sadistically, partly out of revenge. »

The American daily reveals in particular the presence, in addition to armed soldiers, bombs and tanks firing on sight, of snipers everywhere in Boutcha. According to the newspaper, the Russian forces had set up a base in a residence behind the city's main high school. "On March 5, a Russian sniper began shooting at anything that moved south of this high school," writes The New York Times.

“They shot my son. I was next to him. I would have preferred it to be me,” says Ivan, who had gone for a walk with his son in Yablounska Street (“Apple Tree Street”). After a night of agony, he died early the next morning, leaving behind an 8-year-old son and a 1-year-old daughter. His family buried him in the garden: “It is very difficult to bury your child. I wouldn't wish that on my worst enemy. »

This Yablounska street, in which Ivan's son was shot, quickly became the most deadly road for passers-by, notes the New York Times. A man riding a bicycle was also killed there, as shown in a video filmed by a drone and shared by the international group of investigators Bellingcat. As of March 11, there were at least eleven corpses strewn across this street and its sidewalks.

"A case [of sexual abuse] among others"

After Russian troops withdrew from the kyiv region and northern Ukraine, 66-year-old Volodymyr Shepitko, who had taken refuge with his family in a cellar, found his house ransacked. Soldiers had occupied it – the latter had driven the inhabitants to take possession of the houses located near their bases – and had transformed it into a huge garbage can, rubbish and empty beer bottles strewn on the ground.

And in a cellar under the garden shed, his nephew found the body of a woman, reports the American newspaper. "On the floor, her legs apart, she was wearing a fur coat and nothing else. She was shot in the head. Torn condom wrappers, as well as a used condom, were found by the police. “A case [of sexual abuse] among many others,” the human rights commissioner of the Ukrainian assembly, Lyudmyla Denisova, replied to the newspaper.

According to many residents interviewed by the daily, "the more the war progressed, the more the mood and behavior of the Russian troops became awful". Still according to the accounts of witnesses encountered in Boutcha, certain acts of violence took on a cynical dimension, they were made to terrorize. Russian forces were also particularly suspicious of men of military age, accusing them of being members of the Ukrainian Defense Forces. Natalya Oleksandrova's nephew is one of their victims. Taken for forty-eight hours of interrogation, according to the statements of the soldiers who kidnapped him, he never returned and was found dead, after the departure of the Russians, in a basement.

Very large majority of civilians among those killed

Originally from Moldova and living in Ukraine for ten years, Marta Kirmichi, spoke to her husband for the last time in mid-March. He had left the family home, near Chernihiv, a month earlier to go to his workplace, a construction site for a new housing complex in Boutcha. During the month of March, he had managed to reach his wife twice to tell her that he was still alive. Then nothing.

At the beginning of April, she discovered, along with the rest of the world, the first photos of the slain men, strewn on Yablounska Street, near pallets and building materials, some with their hands tied. Ms. Kirmichi recognized him immediately. Her husband was lying face down. She found some hope after noticing later, in another photo, that he was no longer lying alongside the other bodies. She wants to believe that, injured, he was taken to the hospital, but she still had no news of him in mid-April.

According to the New York Times, some 360 ​​people were found dead in a single weekend, in Boutcha and its immediate surroundings. Among them, more than 250 had been killed by bullets or shrapnel, and were being investigated for war crimes, according to the city prosecutor, Rousslan Kravtchenko.

Many others died of starvation - like at least six elderly people in an abandoned hospice, the American newspaper found -, of cold or lack of medicine and doctors. The dead were overwhelmingly civilians: only two members of the Ukrainian army were among the casualties in Boutcha, an official at the town's cemetery said. The authorities have collected several thousand photos and videos of the crimes, posted on a Ukrainian government site created for the occasion, Warcrimes.gov.ua.

1 War in Ukraine: What Russian Soldiers' Communications... 2 Disney hopes to revive its dream of a utopian city... 3 Jean-Michel Blanquer in Ibiza: Twitter, decompression... 4 Mothers, absent from family photos 5 The shrimp, champion of the opposition to Jair Bolsonaro 6 Victims of witch hunts between the 16th and 18th centuries... 7 An Asian puppet in the legendary American show "Sesame... 8 The first tacos with space peppers on the menu of... 9 Meteorologists running out of names for hurricanes... 10 How Harry Potter's "Diagon Alley" Ended... 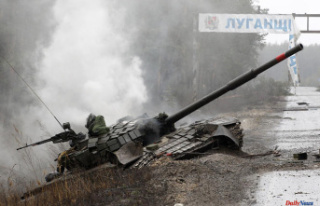