In case of skin changes to the doctor: monkeypox detected in other countries

Cases of monkeypox are reported in other countries in Europe and North America. 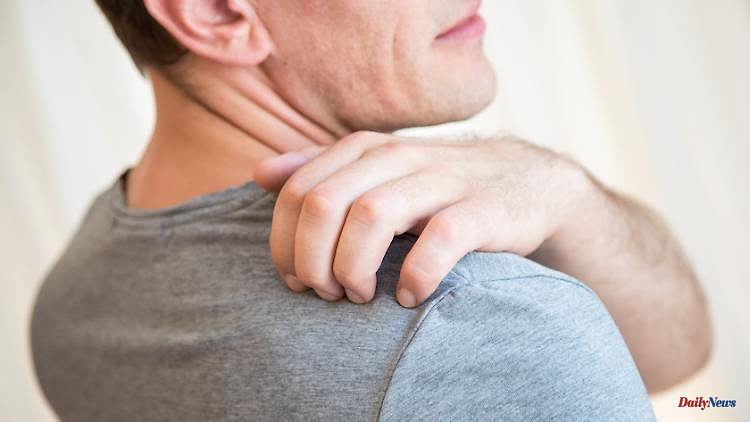 Cases of monkeypox are reported in other countries in Europe and North America. Experts warn against panic, but advise men who have sex with other men and notice skin changes to seek immediate medical attention. No case is known in Germany.

While cases of the actually rare monkeypox are detected in more and more countries, experts urge vigilance. Infections have now also been reported in Spain, Portugal, the USA, Sweden and Italy. The World Health Organization (WHO) called for a follow-up of all contacts of those affected. According to the British health authority UK Health Security Agency (UKHSA), the virus disease usually causes only mild symptoms, but can also have severe courses. Only symptomatic patients with close contact are contagious.

The first case of infection with the virus disease monkeypox has been confirmed in Sweden. As the Swedish health authority announced, one person in the greater Stockholm area is infected. A first infection with monkeypox has also been detected in Italy. The health assessor of the Lazio Region, Alessio D'Amato, confirmed this. According to the clinic, the person who returned from a stay in the Canary Islands is in isolation. Two more cases of monkeypox have been recorded in the UK. There have been nine confirmed cases there since the beginning of May.

A person from the state of Massachusetts in the north-east of the country was also affected in the USA, the US health authority CDC said on Wednesday. In Spain, eight infections were reported in the capital Madrid, the Europa Press news agency reported on Wednesday, citing the health authorities. There were also other suspected cases. In Portugal, the number of infections rose by nine to a total of 14 cases. The nine patients in Portugal are in stable health and are being closely monitored, according to the Portuguese health authority DSG.

Most cases have been reported in and around the capital, Lisbon. In Canada, health authorities are investigating around a dozen suspected cases, according to local media. The Canadian broadcaster CBC reported on Wednesday evening (local time) about a case in the province of Quebec, according to the authorities there are at least 13 suspected cases. There was initially no official confirmation.

In the majority of the cases that have been reported so far, men are affected who have had sexual contact with other men. No case was initially recorded for Germany. "The RKI has never known a case of monkeypox in Germany," said the Robert Koch Institute at the request of the German Press Agency.

The WHO announced on Wednesday evening that clinics and the population would have to be made aware of the need for an unusual skin rash to be examined by specialists. If monkeypox is suspected, patients should be isolated. Health workers should take the usual precautions to protect themselves against infections that can spread through contact or droplets.

Monkeypox infections in humans have so far been known primarily from some regions of Africa. In view of the first known cases in Great Britain, where the virus was detected at the beginning of May, the RKI had made doctors in Germany aware of the virus infection. An article published by the RKI states that monkeypox should also be considered as a possible cause in the case of unclear smallpox-like skin changes if those affected have not traveled to certain areas. Men who have sex with men should "seek immediate medical attention" if they have any unusual skin changes.

"The cases now occurring outside of Africa are unusual and must be carefully investigated and any further spread observed," said the Friedrich Loeffler Institute (FLI). "In the past, the spread of monkeypox outbreaks was limited," said virologist Stephan Becker from the University of Marburg. Chains of infection between people are unusual and must be closely monitored. Jimmy Whitworth, Professor of International Public Health at the London School of Hygiene and Tropical Medicine, advised not to panic: "It will not create a nationwide epidemic like Covid did, but it is the serious outbreak a serious illness - and we should take him seriously."

According to the UKHSA, the first signs of illness include: fever, headache, muscle and back pain, swollen lymph nodes, chills and exhaustion. A rash can develop, which often spreads to other parts of the body, starting from the face. The rash looks different depending on the phase and can resemble chickenpox and syphilis.

Experts suspect that the monkeypox pathogen circulates in rodents, monkeys are considered false hosts. "Infections can be transmitted through contact with the secretions of infected animals," says the RKI report. Transmissions from person to person through contact with body fluids or crusts are described with infection chains of up to six people. "The sexual transmission of smallpox viruses is also possible," it said.

"The current outbreak indicates a change in human-to-human transmission," wrote the head of the Infectious Diseases Clinic at the Berlin Charité, Leif Sander, on Twitter. The declining population immunity since the end of smallpox vaccination probably contributes to this. The scientist describes monkeypox as less pathogenic than smallpox, but it is "nevertheless a serious and in some cases fatal disease". Sander "certainly doesn't see any reason to panic at the moment": However, the outbreak shows "how much infectious diseases pose a constant danger in a globalized world, for which we have to prepare better".

Meanwhile, German Health Minister Karl Lauterbach announced an exercise to simulate a smallpox pandemic that would be organized by the G7 countries and the WHO. It's about "finding out whether effective lessons have been learned from past mistakes," said Lauterbach. The exercise assumes that a smallpox pandemic could develop from a leopard bite.

1 Friends should get something: British couple wins... 2 Motive is still unclear: 21-year-old shoots at school... 3 Gnashing of teeth at the FDP: Traffic light suspends... 4 Fight against land speculation: Ampel wants to end... 5 "Even more dependent than with natural gas":... 6 Haas plans updates later: Mick Schumacher receives... 7 No relaunch of coalition: Jamaica talks in North collapsed 8 Evacuation at the Ice Hockey World Championships:... 9 What does he look like?: The Take That star is hardly... 10 Hit with "Conquest of Paradise": film composer... 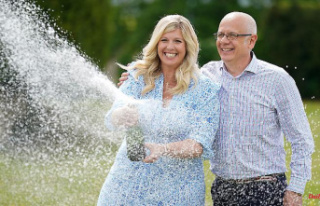 Friends should get something: British couple wins...