The epizootic suffered by these black sea urchins, with their very long and fragile peaks, has been reported in the turquoise waters of all the Caribbean islands. 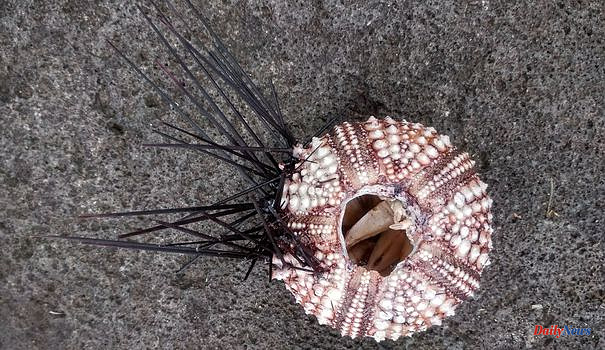 The epizootic suffered by these black sea urchins, with their very long and fragile peaks, has been reported in the turquoise waters of all the Caribbean islands.

With other partners such as the State or Ifremer (the French research institute for the exploitation of the sea), the laboratory of the Biology of organisms and aquatic ecosystems unit (Borea) of the university has alerted and is preparing to launch a "sampling campaign" to try to identify the evil that strikes these "hedgehogs of the seas".

It is an understatement to say that scientists were taken by surprise by this wave of deaths: none of them were able to observe early signs of the disease.

Called to the rescue to share any useful information via a website to help survey the situation of the various sites, spearfishing enthusiasts confirm its suddenness.

"It started on the Fery site, towards Deshaies (north of Basse-Terre, editor's note) before descending towards the Côte Sous-le-Vent", says Elise Germain, diver and employee of the Anse Caraïbe Plongée club, for who "the slaughter was dazzling. In one week we saw the sea urchins go from their normal state to the state of a corpse with their spines around, spread on the ground".

According to the field feedback obtained by scientists, not all sites are concerned in Guadeloupe. However, the disease is of serious concern to the scientific community.

Not sought after by fishermen, "sea urchins have an important part in the balance of coral reefs", observes Malika René-Trouillefou.

"These are herbivores that participate in the regulation of the proliferation of marine algae", she adds, "along with other herbivorous fish such as catfish or parrotfish which inhabit the coral areas around the islands and which are also threatened, in particular by fishing".

According to a report by Ifrecor (French Initiative for Coral Reefs) published in 2021 on the health of corals in French overseas territories, the algae that develop "come into competition with corals and reduce their capacity for coral recruitment" , that is to say the possibility of renewal.

According to several studies, the reefs of the Antilles are generally in poor condition. "It is estimated that there are still 20 to 30% of living corals in our regions", confirms Malika René-Trouillefou.

And they are subject to many pressures: global warming which raises the temperature of the water, the acidification of the oceans, responsible for the bleaching phenomenon, and those caused by man.

In Guadeloupe, another problem has been added to tourist pressure, that of wastewater treatment.

According to the latest report from the Water Office, only five of the 17 wastewater treatment and collective sanitation stations complied with the standards imposed by the State.

And "some scientists explain that the discharge standards for nitrates and phosphates, decided in particular by the European Union, are not adapted to our waters because the thresholds are too high", notes Malika René-Trouillefou.

This observation feeds part of the fears of the scientific community about the evil that strikes the sea urchins.

In the 1980s, a similar wave of mortality hit diadem sea urchin colonies (93% mortality) before gradually disappearing. "Except that the pressures have since increased", warns Ms. René-Trouillefou and "for the moment, we do not know how the whole ecosystem will react".

A sampling campaign should be launched shortly to try to determine the causes of this wave of mortality.

Already in 2020, the Guadeloupe National Park had alerted to the presence of another disease, probably of bacterial origin, detected in Florida since 2014, which had hit the coral in the wake of a bleaching episode.

Since then, state services have recommended that all diving clubs not touch corals and decontaminate equipment because this disease can spread through contact. 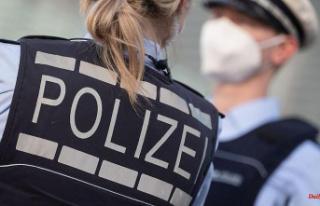