In Italy, Mario Draghi obtains the confidence of the Senate but his government is close to implosion after the defections of three parties 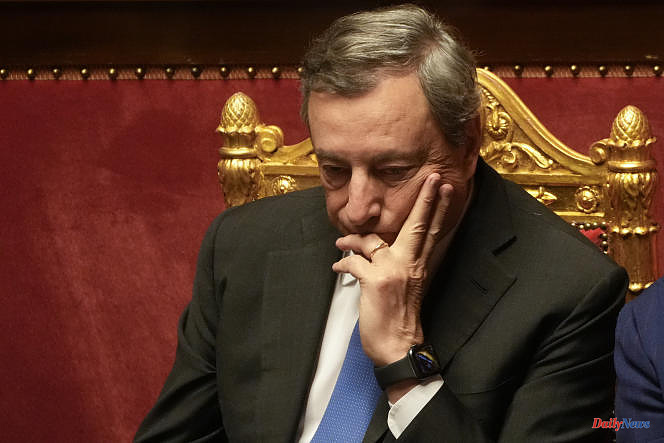 A victory that looks like a defeat. Italian Prime Minister Mario Draghi won confidence in a vote in the Senate on Wednesday July 20, but three parties belonging to his coalition did not take part in the poll, putting the government of national unity on the brink of failure. 'implosion.

Mario Draghi is deprived of the support of three important members of his coalition: Forza Italia, the right-wing party led by ex-Prime Minister Silvio Berlusconi; the League, the far-right party of populist tribune Matteo Salvini; and the populist formation Mouvement 5 étoiles (M5S). These desertions should logically lead to the resignation of Mario Draghi. According to the Italian media, he is expected Thursday at the President of the Republic, Sergio Mattarella, to whom he should hand it over.

During the day, before the Senate, the latter had however said he was ready to remain in his post, provided that the parties of his coalition fall into line around a "pact" of government, jeopardized by the defection last week from M5S.

Arrived at the head of the executive in February 2021 to get Italy out of the health and economic crisis, Mario Draghi presented his resignation on July 14 to the President of the Republic who immediately refused it.

Mr. Draghi felt that his government of national unity, ranging from the left to the far right, had lost legitimacy after the crisis caused by the defection the same day during a key vote in the Senate of the M5S, him - even faced with strong internal dissension and a haemorrhage of parliamentarians.

"Parliament decides to go against Italy"

After an eventful debate in the upper house on Wednesday, Mr. Draghi expressed his frustration with the parties, some of which in turn expressed their displeasure at not seeing their points of view taken into account. account. The coalition supporting Draghi so far has thus collapsed.

"With bitterness but with a clear conscience, we will not participate in the vote", launched Anna Maria Bernini, president of the Forza Italia group. The party had presented its own motion in the Senate, proposing to reappoint Draghi without the "5 stars", but the prime minister had only called for a vote on another senator's motion proposing the outright reappointment of the outgoing government. . The League and the M5S followed the same line as Forza Italia.

"During this crazy day, Parliament decides to go against Italy," denounced the leader of the Democratic Party (PD, left), Enrico Letta.

"The Italians will show at the polls that they are wiser than their representatives," he added, in a hint to the snap elections that could trigger a resignation of Draghi. In the end, only the center and the left remained until the end alongside the ex-head of the European Central Bank.

Also from the PD, the European Commissioner for the Economy, the Italian Paolo Gentiloni, considered "irresponsible" the parties that defected. The Minister of Foreign Affairs, Luigi Di Maio, dissident of the M5S, for his part deplored "a black page for Italy".

Whatever the outcome of this Italian-style political soap opera, the ratings agency Fitch believes that it "is a symptom of greater political uncertainty, even if a snap election is avoided", making structural reforms and fiscal even more difficult while Brussels and its European partners are also urging Mr. Draghi, a guarantee of stability, to stay.

The markets are carefully scrutinizing the situation. Italy's cost of debt has risen again and the Milan Stock Exchange was down on Wednesday, a sign of market nervousness over uncertainty in the eurozone's third-largest economy.

1 Brussels proposes to reduce gas demand by 15% by limiting... 2 Sri Lanka has a new president: Ranil Wickremesinga,... 3 In Tunisia, Rached Ghannouchi emerges free from his... 4 The mystery of the death of 21 young people, found... 5 Purchasing power: MEPs vote to increase pensions and... 6 Presidency of the LR party: Aurélien Pradié, François-Xavier... 7 "These people": Nupes deputies denounce... 8 Purchasing power: the PCF, EELV and the RN accuse... 9 In Nigeria, the national oil company freed from state... 10 Netflix loses a million subscribers in Q2, but expects... 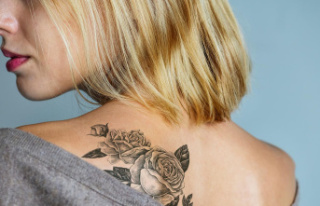 Brussels proposes to reduce gas demand by 15% by limiting...