In the former French mining area, the firedamp option in the face of the energy crisis

For the area "mineral gas is a competitive asset", believes Pierre-Emmanuel Gibson, deputy mayor of Béthune in charge of energy transition. 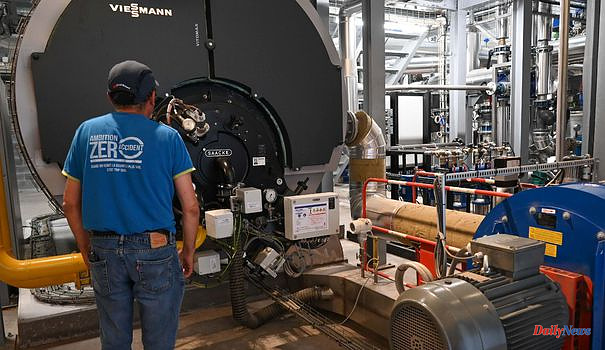 For the area "mineral gas is a competitive asset", believes Pierre-Emmanuel Gibson, deputy mayor of Béthune in charge of energy transition.

By launching the exploitation of firedamp in 2017, "we took a big risk, today a winner. We disconnected from world prices to become energy independent. This allows us to amortize the bills", explains Mr. Gibson.

The firedamp reserves in the immense network of galleries left by coal mining -- some 100,000 km -- are estimated by some experts at nearly 150 years.

In Béthune, combined with the incineration of waste, the use of mine gas makes it possible to heat the majority of public buildings and reduce the heating bill for 6,500 homes by 41%, or around 450 euros per year and household.

The city is pleased that 88% of its heating network is now powered by recovered energy, with some natural gas supplements during the winter period.

Romain Devillers, a resident of the city center, is pleased that with this local initiative, his bills "have increased significantly less than those of most French people".

"My grandfather was a miner, I also find it symbolic that the legacy of his work in the 60s and 70s benefits the greatest number today," he says.

Béthune has signed a 22-year fixed-price contract with Dalkia, a subsidiary of the EDF group, which is financing this 25 million euro project. It is also Dalkia that transforms the gas, captured at three sites a few kilometers away and then transported by the French energy company.

The Association of Mining Municipalities of France (Acom) has once again called for the development of this source of energy, "while the war in Ukraine is creating a lasting energy crisis with the obligation for France and Europe to address supply challenges".

However, since 2021, under an amendment to the Mining Code, it is no longer the State, but the operators who are liable in the event of accidents on former mining sites. As a result, the project leaders do not jostle each other.

However, beyond the financial interest, exploiting firedamp, essentially methane, could also make it possible to limit the environmental impacts, argue the supporters of its exploitation.

In Béthune, the system combining firedamp and energy recovery “avoids the emission of 293,000 tonnes of CO2 per year”, indicates Mr. Gibson.

“It is better to recover the methane, exploit it and use it than to let it escape”, explains Inès Bouacida, energy researcher at the Institute for Sustainable Development and International Relations (IDDRI).

To avoid the "pressure cooker" effect in the galleries, around a hundred vents are currently releasing this gas into the atmosphere in the area.

But firedamp "is a fossil gas like conventional gas. As such, it cannot be considered as an energy of the future or a green energy", nuance Ms. Bouacida.

It is also not "a very abundant gas". “Its deposits are not significant enough to meet the needs of the entire French territory”, notes the researcher.

1 Emergencies: Huge fire in California National Forest 2 Society: Sons stay longer with their parents than... 3 In Austria, the obligation to isolate is abolished... 4 Channels, costs, kick-off times: Here you can see... 5 Formula 1: Spectacular change: Alonso follows Vettel... 6 Amazon Prime Video: Streaming service fees in comparison 7 Duchess Kate: Instead of the EM final, she sails in... 8 Lieutenant Uhura and the true legend of the first... 9 Labor: Eurozone unemployment rate remains at record... 10 Free time: back to normal? Difficult restart for organizers 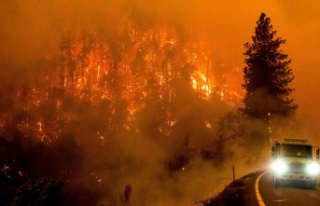