In the Iraqi Parliament, crossed destinies of demonstrators

The speech is often modeled on the rhetoric of the Shiite leader Moqtada Sadr and is accompanied by social demands: reform of the political system and eradication of corruption but also jobs for young people and efficient public services. 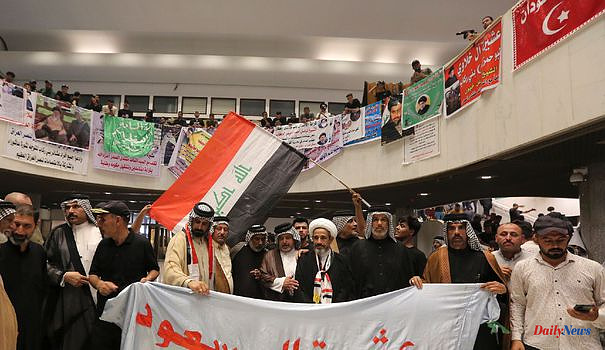 The speech is often modeled on the rhetoric of the Shiite leader Moqtada Sadr and is accompanied by social demands: reform of the political system and eradication of corruption but also jobs for young people and efficient public services.

Ali Mohamed Oklah, 43, left his wife and three children at home and drove four hours from the far south of Iraq to camp at Parliament.

"I revolt to free my country from the fangs of the corrupt," he says, deploying all his linguistic virtuosity as a teacher of Islamic education in college.

He also wants a new Constitution and a presidential regime.

"We the Sadrists", he repeats tirelessly, "have invaded" four times the ultra-secure Green Zone, home to government institutions and embassies, to briefly occupy Parliament and the Prime Minister's offices in 2016, in addition to the two forays into the Assembly last week.

He says he is "proud" to have participated in all these operations underlining the "revolutionary ideology" of the group.

Despite "the difficulty of the struggle for reform", he highlights the "divine protection" enjoyed by Sadr and "his popular base".

Installed in one of the large meeting rooms, Oum Ali, 47, comes to Parliament to demonstrate with her husband, brothers and nephews. “Every day, until the Sayyed tells us to withdraw”, promises this housewife, using the honorary title of descendant of the prophet of Mr. Sadr.

On his lap, a portrait of Moqtada. "He's the only honest one," said this resident of the working-class district of Sadr City in Baghdad.

In a country rich in hydrocarbons but plagued by corruption, she is mobilized to "recover the fatherland. The whole country has been stolen".

Wounded in 2009 in a bomb attack in Baghdad, her husband is disabled. "He was a civil servant, he was coming out of work," says Oum Ali, wrapped in a traditional black veil.

"We have not received any compensation," laments this mother of six girls and a boy, who had to stop primary school to support the family.

"There is no work for young people. Even those with higher diplomas become porters or day laborers. Is that their due?"

Rassoul Achour, 20, arrived at Parliament on his tuk-tuk. He commutes on the long avenue leading to the Assembly to transport demonstrators and save them from walking in 48 degrees Celsius, for the modest sum of 30 dollar cents.

"It's symbolic, just for the essence," explains the young man, in shorts and flip-flops, and wearing huge sunglasses.

Normally, tuk-tuk rides earn him just over ten dollars a day, enough to support his wife and one-year-old daughter.

Like him, there are dozens mobilized to commute. "All these young people have no work," he laments. "We want jobs. Let them give me a job, and send me anywhere, even (keep) the border with Syria," he pleads.

He denounces the state of the badly paved streets in his district of Sadr City and the daily power cuts.

Moustafa, a 29-year-old computer engineer who learns French in his spare time, says he does not belong to the Sadrist movement.

Like a few handfuls of protesters, his first allegiance goes to the vast anti-power uprising that rocked Iraq in the fall of 2019.

This inhabitant of Baghdad recalls that the sadrists also had a time participated in the movement. "Half of the protesters were Sadr supporters, they had their tent and his portraits."

He comes daily to participate in the sit-in "to change the reality" of Iraq.

“They have millions and billions, they have air conditioning, houses, villas abroad,” he says of politicians. "And we have nothing". 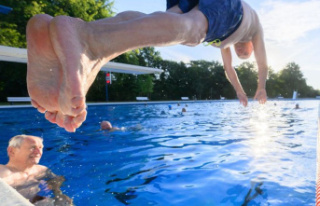